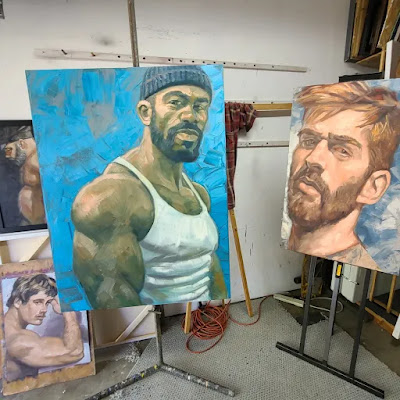 Obviously, portraits like these are one of my favorite things to paint.  This goes all the way back to my childhood.  I started drawing faces when I was seven or eight years old.  I used model paints to make oils of the presidents.  Then when I was around thirteen, I had a wonderful teacher in junior high school named Mr. Mallen, who invited me to stay late after school and he spent an hour and a half going over the proportions of the face and the individual features of the face.  This lesson was so inspiring that for years after that I spent a good part of my free time just the features, like eyes, noses, lips.  I also was obsessed with drawing interesting and beautiful faces out of magazines and photo books for years.  When I got older, I learned the fundamentals of figure drawing and painting and I was able to grow expand my repertoire but faces are still a favorite subject for me.  Then in high school I had this amazing illustration teacher named Irwin Greenberg and I also would paint with Max Ginsburg who is still around and pretty famous. 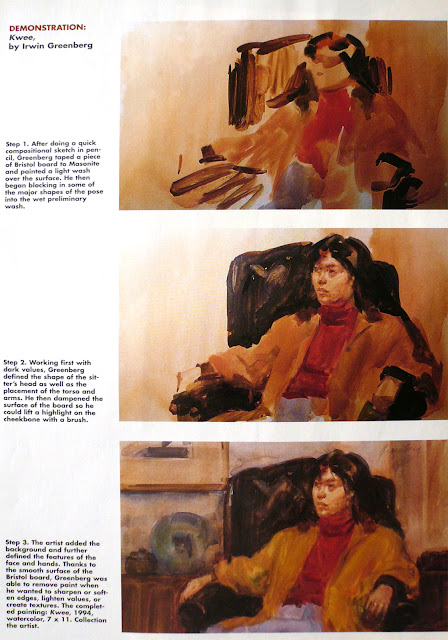 “Greeny” and Ginsburg would open up the classroom at 6 AM around two to four hours before actual classes would begin and they held an informal atelier they called “The Old Hat Club.”  Sometimes Greeny called it the “Dawn Patrol.”  We would each pay a fellow student to sit for two hours or so while we all painted from life Usually just the head and shoulders sometimes more of the figure.  We would staple Masonite panels to larger drawing boards and sit on those old fashioned drawing horses with wooden paint boxes and paint.  Greeny would sit down and paint on top of your painting to show you how to fix it.  This is something modern students would never put up with but he was my master and I loved him.  He was such a character; he had one glass eye and would tap it with the end of the paint brush then use the some handle to stir his coffee which was in one of those blue and white Greek coffee shop paper cups.  He would stop and show us books with Sargent, Rembrandt and Velazquez paintings in it and talk about them incessantly. 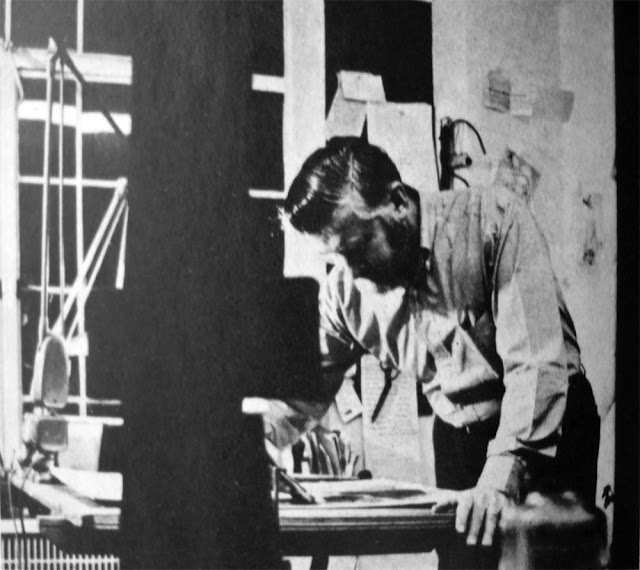 Posted by Kenney Mencher at 3:04 PM