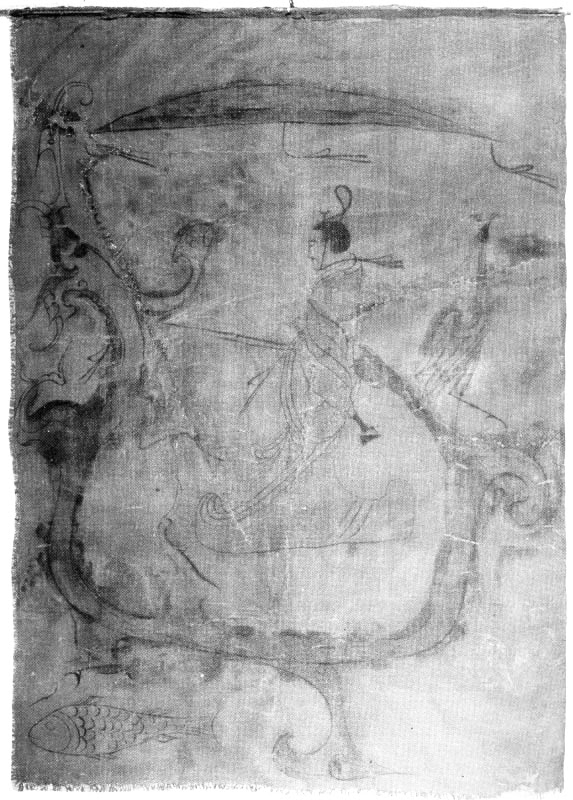 Writing represents spoken language. Spoken language consists of sounds, while writing is a string of symbols representing those sounds. In Chinese, each symbol stands for an entire word, unlike in alphabetic scripts where a sequence of individual letters signifies the word. This means that, more or less, every word in the Chinese language is written with a different symbol.

The earliest symbols in the development of Chinese writing were pictographic, that is they graphically depicted certain objects. The symbol for the word "dog" was a picture of a dog, the symbol for the word "tiger" was a picture of a tiger, etc. It is important to emphasize, however, that despite their graphic resemblance, these symbols were secondary to the sound value of words in spoken language. Later on, additional symbols were developed mainly on the basis of phonetic similarities between words.

As a curiosity, below are some characters from around VII-III centuries BCE written in a calligraphic style that emphasizes their origin. Below each symbol there is the modern form of the character which evolved from the original pictographic version.

The preceding was quoted from http://www.logoi.com/notes/symbols.html

Iconography:  The iconography of the vessel itself is that it represents a form of wealth in the guise of conspicuous consumption.  The individual component of the taotie mask is less clear.  The kui dragon is often a symbol of good fortune and of royalty and the leiwen thunder design may relate to animist beliefs.

One of my best students ever, Sue Che comments,

Tao-tie in the ancient Chinese mythology is a monster who eats people. For certain reasons, people like to put its face/figure on the Ding, a cooking vessel such as the one we see here. One theory is that the ancient Chinese might think if they cook food inside the Ding with tao-tie's face symbolized that the monster is full of food so it won't eat people anymore. Even today, a person who likes gourmet food is called 'lao-tao'.

". . . .Most of the bronze objects of the Shang and Zhou were ritual vessels used in sacrificial ceremonies to make offerings to one’s ancestors, or were inscribed with records of military exploits and victories. It was also the custom in those days to slaughter prisoners of war for sacrificial purposes, and to kill and even eat one’s enemies. The creed then was: ‘He who is not of my own clan must be an enemy at heart.’ The man-eating taotie was therefore a supremely appropriate symbol of those times.

"According to Lu’s Spring and Autumn Annals: Prophecy, ‘The taotie on Zhou bronzes has a head but no body. When it eats people, it does not swallow them, but harms them.’* It is hard to explain what is implied in this, as so many myths concerning the taotie have been lost, but the indication that it eats people accords fully with its cruel, fearful countenance. To alien clans and tribes, it symbolized fear and force; to its own clan or tribe, it was a symbol of protection. This religious concept, this dual nature, was crystallized in its strange, hideous features. What appears so savage today had a historical, rational quality in its time. It is for precisely this reason that the savage old myths and legends, the tales of barbarism, and the crude, fierce, and terrifying works of art of ancient clans possessed a remarkable aesthetic appeal. As it was with Homer’s epic poems and African masks, so it was with the taotie, in whose hideous features was concentrated a deep-seated historic force. It is because of this irresistible historic force that the mystery and terror of the taotie became the beautiful—the exalted."

*footnote by Li Zehou: "Some scholars consider that the meaning of taotie is not ‘eating people’ but making a mysterious communication between people and Heaven (gods)."

This excerpt is from The Path of Beauty: A Study of Chinese Aesthetics by Li Zehou, translated by Gong Lizeng.New York: Oxford University Press, 1994. pages 30-31. The hard-bound copy has some of the most beautiful reproductions available. The text should be required reading for anyone interested in Chinese culture.

Pinyin LONG (Chinese: "dragon"), in Chinese mythology, a type of majestic beast that dwells in rivers, lakes, and oceans and roams the skies. Originally a rain divinity, the Chinese dragon, unlike its malevolent European counterpart (see dragon), is associated with heavenly beneficence and fecundity. Rain rituals as early as the 6th century BC involved a dragon image animated by a procession of dancers; similar dances are still practiced in traditional Chinese communities to secure good fortune.

Ancient Chinese cosmogonists defined four types of dragons: the Celestial Dragon (T'ien Lung), who guards the heavenly dwellings of the gods; the Dragon of Hidden Treasure (Fu Tsang Lung); the Earth Dragon (Ti Lung), who controls the waterways; and the Spiritual Dragon (Shen Lung), who controls the rain and winds. In popular belief, only the latter two were significant; they were transformed into the Dragon Kings (Lung Wang), gods who lived in the four oceans, delivered rain, and protected seafarers.

Generally depicted as a four-legged animal with a scaled, snakelike body, horns, claws, and large, demonic eyes, the lung was considered the king of animals, and his image was appropriated by Chinese emperors as a sacred symbol of imperial power.
Copyright © 1994-2001 Encyclopædia Britannica, Inc. 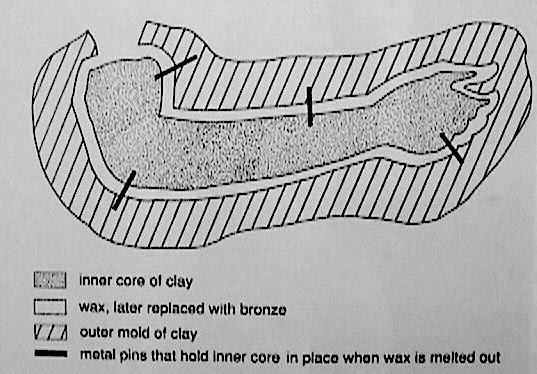 A disciple asked Confucius, saying, "Why, sir, does the superior man value jade much more highly than serpentine? Is it because jade is scarce and serpentine abundant?"

"It is not," replied Confucius; "but it is because of the superior men of olden days regarded it as a symbol of the virtues. Its gentle, smooth, glossy appearance suggests charity of the heart; its fine close texture and hardness suggests wisdom; it is firm and yet does not wound, suggesting duty to one's neighbor; it hangs down as though sinking, suggesting ceremony; struck, it gives a clear note, long drawn out, dying gradually away and suggesting music; its flaws do not hide its excellencies, nor do its excellencies hide its flaws, suggesting loyalty; it gains our confidence, suggesting truth; its spirituality is like the bright rainbow, suggesting the heavens above; its energy is manifested in hill and stream, suggesting the earth below; as articles of regalia it suggests the exemplification of that than there is nothing in the world of equal value, and thereby is-TAO itself.