I'm away in Phoenix and I took a stroll with my family in the arts district.  It was totally fun! 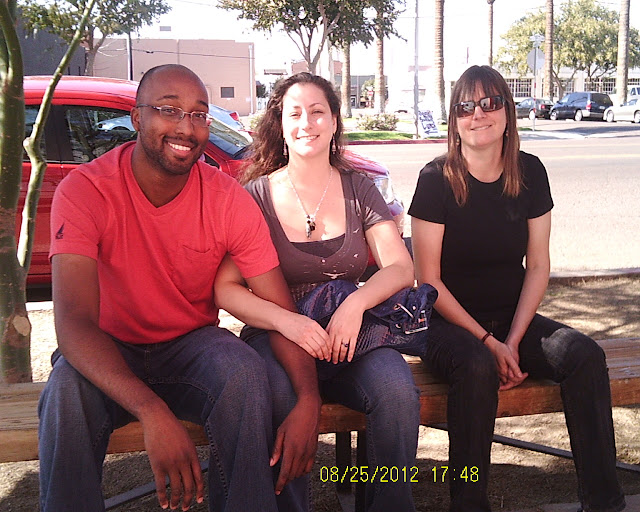 The owner of a great theater/bar called FilmBar is a guy named Kelly Aubey.  He let us in the club even though it wasn't open.  He has a great vision for the downtown arts area.  He hangs art in the bar area and he had some cool batik stuff and wall paintings/murals in the club. We're gonna back tomorrow.

This was on the wall outside: 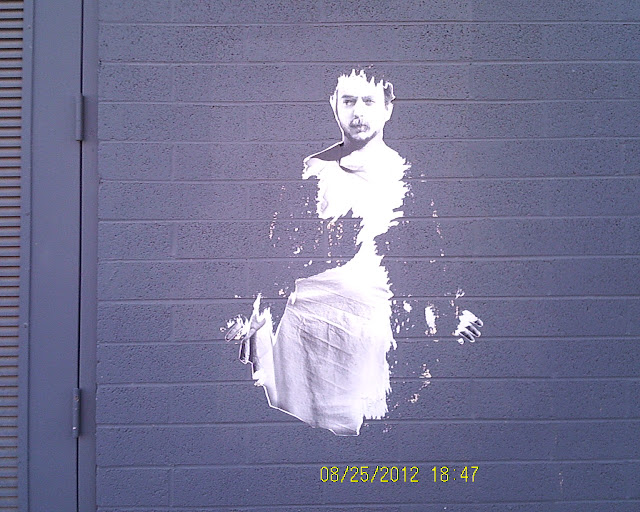 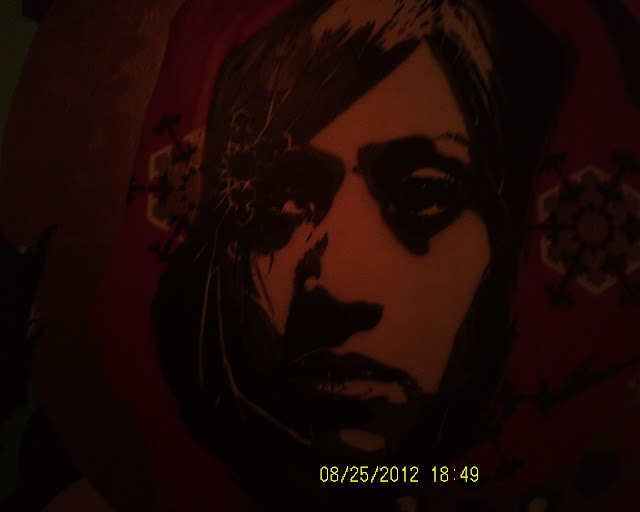 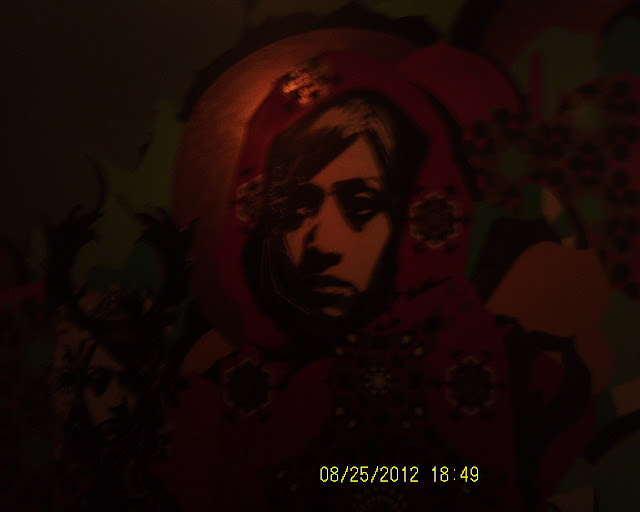 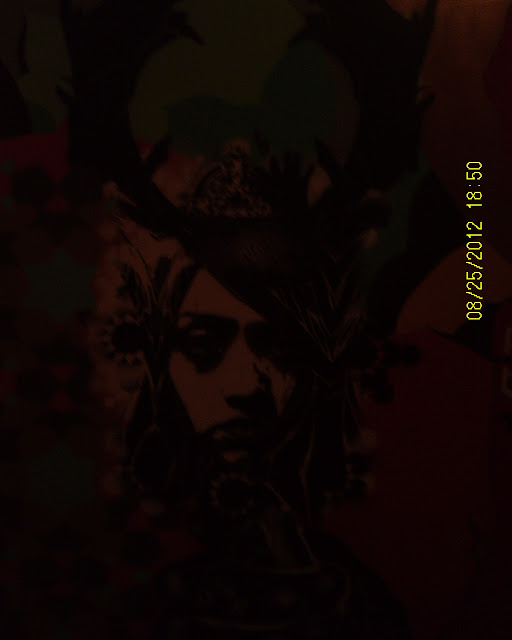 Just some neat art galleries and murals around downtown. 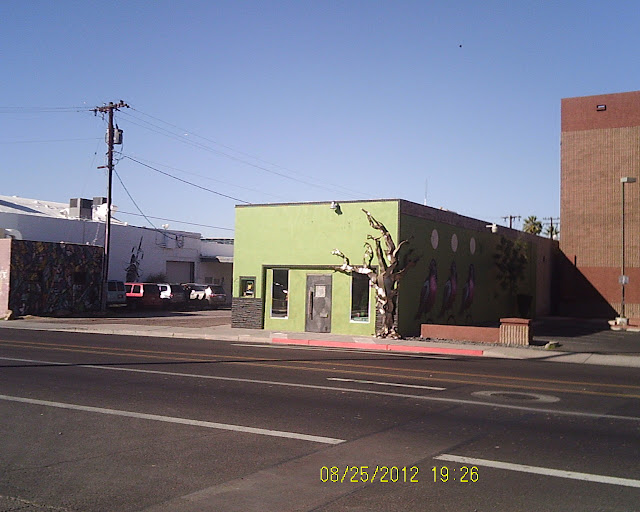 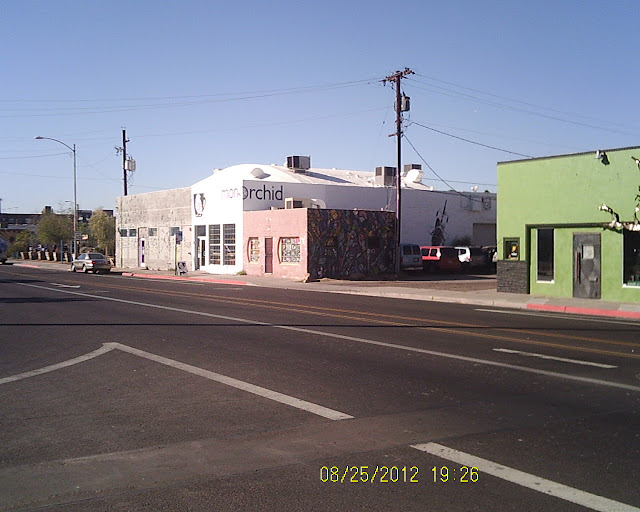 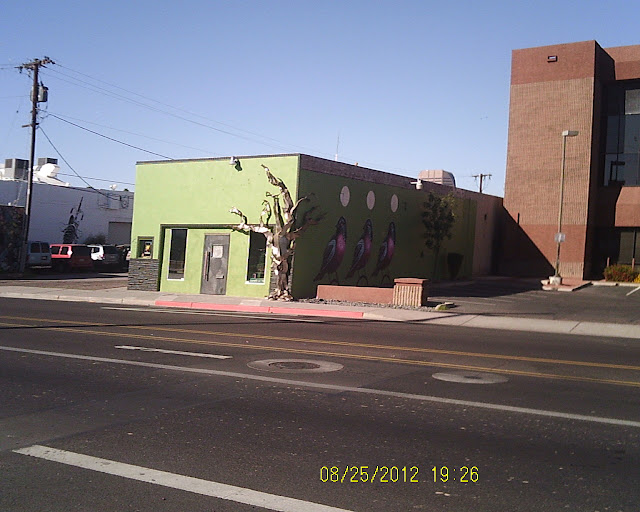 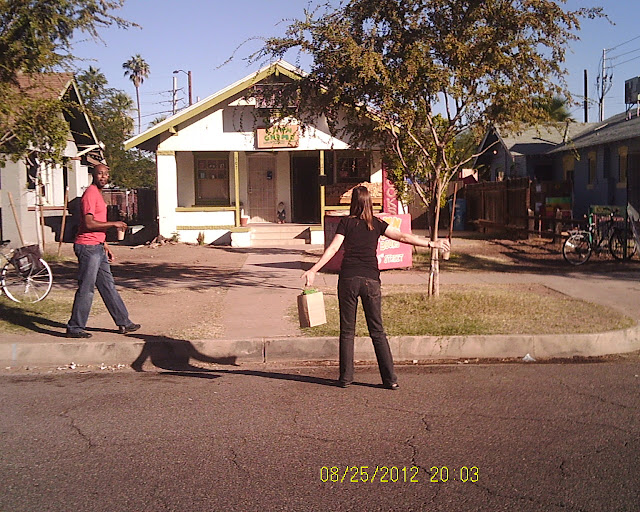 A totally great arty bookstore called Lawn Gnome.  It was groovy and the people who worked there were totally friendly. 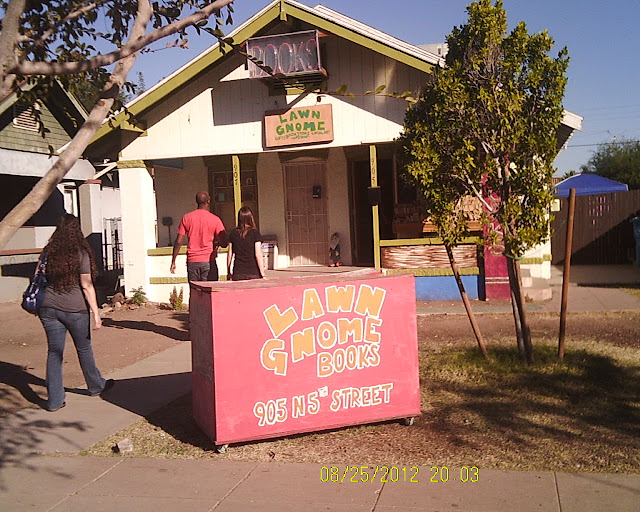 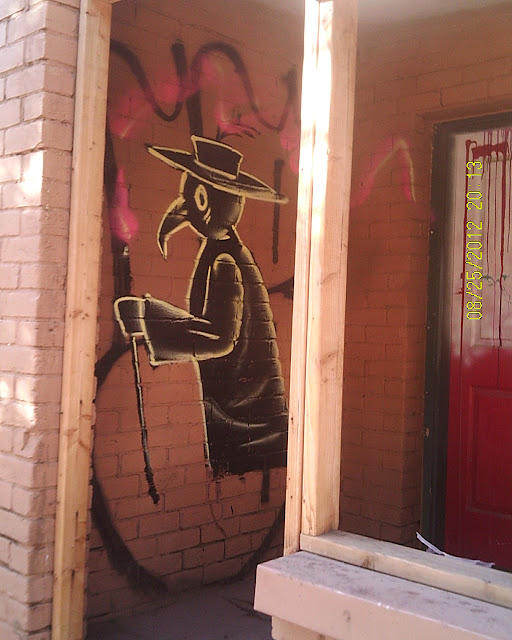 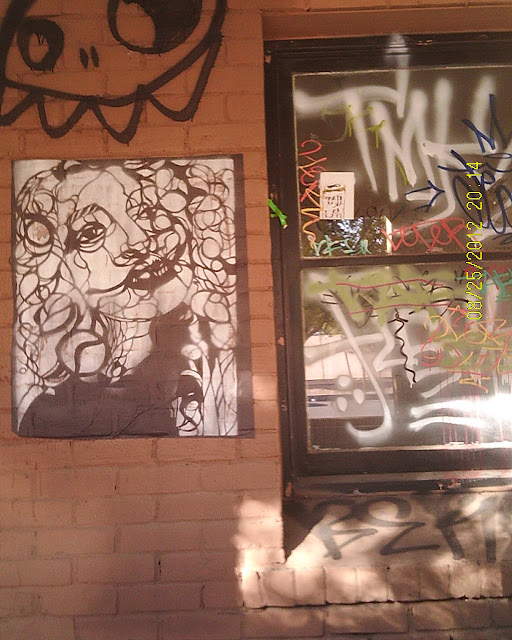 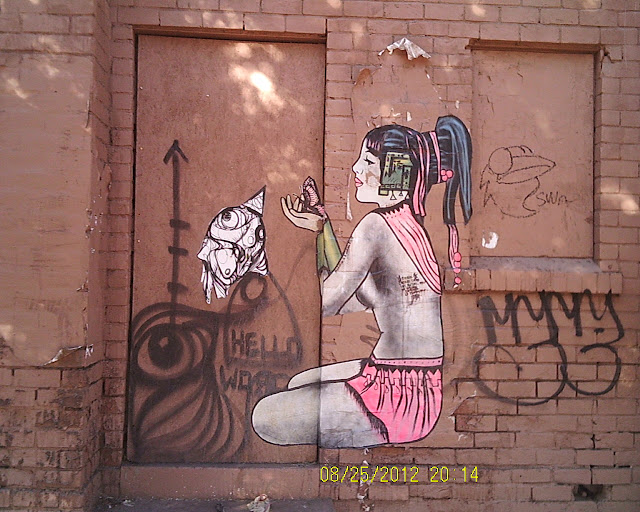 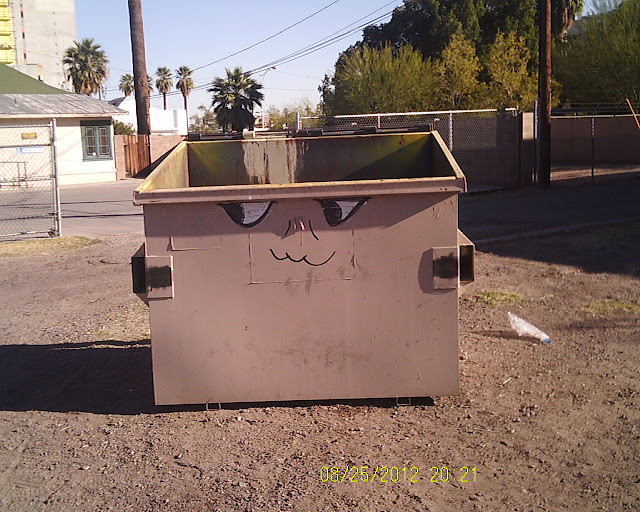 Posted by Kenney Mencher at 4:38 PM