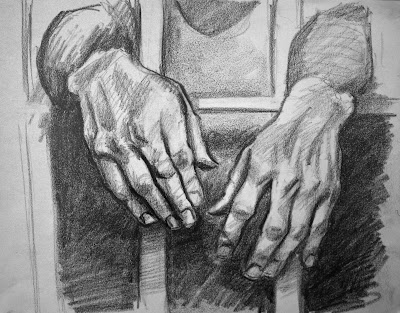 Thanksgiving with Friends by Royce A Ratterman
"Hey, Fred," the tier three maximum security correctional officer said, sitting down in front of the lonely dark cell, "looks like you could use a Thanksgiving Day friend."

Fred walked slowly forward in his six-foot by eight-foot chamber, the place he’d called home for the past eighteen-plus years. Greeting the man who had guarded him for the past decade, he replied, "Thanks, Officer Jenkins, but I've got Tommy on my left and Crazy Eights on my right, they be good enough friends for the likes of me."

"A man can always use one more friend, I guess, and you've always been straight with me. No games and no disrespect, I like you for that."

"Thanks, Fred," Jenkins replied, "and you have always been straight with me."

He looked directly into the officer's eyes and responded, "I’ve got no reason not to."

The smell of the concrete walls, musty with age, permeated the tier, but none of the dinner guests confined today seemed to care.

"So, this is it," Jenkins sadly said, "You're last Thanksgiving Day dinner with us. We are going to miss you around here, Fred. I just don't have the words."

"Officer Jenkins," a humble voice from the cell on Fred's right questioned. "Can I just say somthin' to Fred?"

"Sure, go ahead," answered Jenkins, "After all, it is a special occasion. I guess bending the rules won't hurt under the circumstances, but don't make a habit of it."

Fred leaned against the block wall of his cell and asked his neighbor what he had to say.

"It's times like these that get a man thinkin' and I’ve been thinkin' a lot lately."

"About what?" asked Fred.

A humorous reply echoed from the cell to the left of Fred's, "I've been thinking a lot about how much turkey I'm going to get tonight. That's about all I’ve been worried about lately."

Laughing, Officer Jenkins interrupted, "All right you three, I am going to let you have a free-for-all talk for a few minutes. I'll be back in five with more food. I managed to get an extra pumpkin pie from the chow hall. Mum's the word on that."

Officer Jenkins walked slowly down the tier doing his rounds on his way to the guard office. The three comrades discussed their fondest memories of past Thanksgiving dinners, at least those they could recall.

Tommy told a tale of a particular family Thanksgiving gathering from when he was about ten years old, “I can see that turkey now, as big as the table. Grandma was there, my little sister, God rest her soul, and my uncle. I’ll never forget that day. My little sister drowned a month later, right before Christmas.”
Fred replied, “That’s just too sad to think on for a ten year old boy growin’ up.”
“Very sad,” Crazy Eights added. “I recollect I never had no Thanksgiving dinners before bein’ sentenced to live behind these cold steel bars.” Bars the jury believed he so rightly deserved.

"I only remember one as bein' special," Fred reflected, "I was visitin' my gram's; I think I was about eight or nine. I had no dad, never did, but mom took us to gram's and we ate until we felt more stuffed than the turkey was when it was cooked. I never ever am gonna forget that one. My grams was one nice ol’ woman, real nice."

Fred stared across the tier's hallway through the wire meshed covered windows. He studied the bleak exterior or the neighboring prison wing before continuing, "And tonight's Thanksgiving dinner with my friends will be another I will always remember, at least until midnight, unless, of course, the governor calls in time.”

As the final evening’s hours faded into the winds of obscurity, the silent sound of emptiness filled the lonely hallway, passing by their cells like a night ghost from a forgotten cemetery.
Posted by Kenney Mencher at 8:38 AM