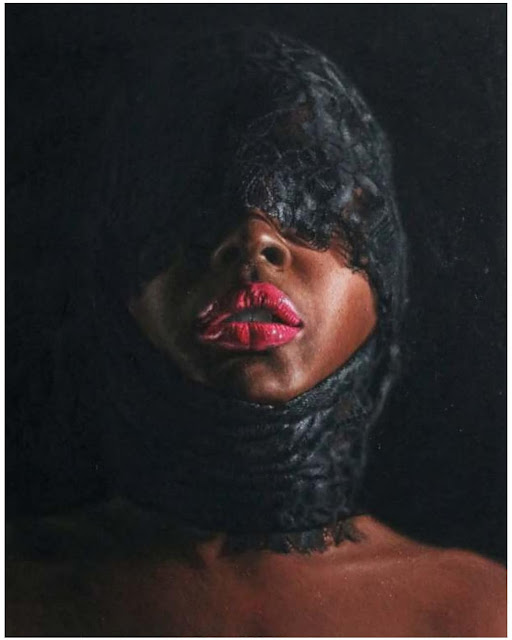 Idowu Oluwaseun | REVOLUTIONS PER MINUTE: a synthesis of time and sound

I think like a lot of artists, I feel very competitive towards artists whose work I respond to. When I first look at an artists work that makes me jealous, my first instinct is to deconstruct or take that artists down in terms of their abilities as a painter. This even includes a certain snobbishness I have about medium. For example, I tend to look down my nose at artists who work with acrylic rather than with oil. I think this is my first instinct when I saw Idowu Oluwaseun’s paintings in his show at the GallerieVoss in Germany. Unfortunately for my ego a close examination of his art showed that Idowu Oluwaseun is both thoughtful and his art as well as technically proficient with the medium of acrylic paint.


I think that his Facebook page is probably one of the best advocates for expressing what a fine artist Idowu Oluwaseun is. He very unselfconsciously includes many images of his works in progress and his studies which shows that he thinks about acrylic painting and drawing in a similar way to many of his classical counterparts in the European tradition. I guess I’m saying is, he uses acrylic and does studies for his paintings in the same way that thoughtful academic painters who were trained in Europe and America do and this gives his paintings a solid formal base. They are very well painted and stand up to close scrutiny. 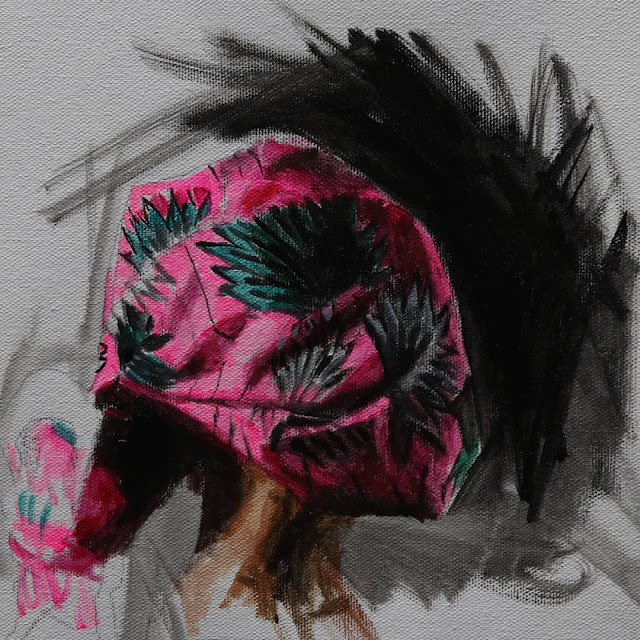 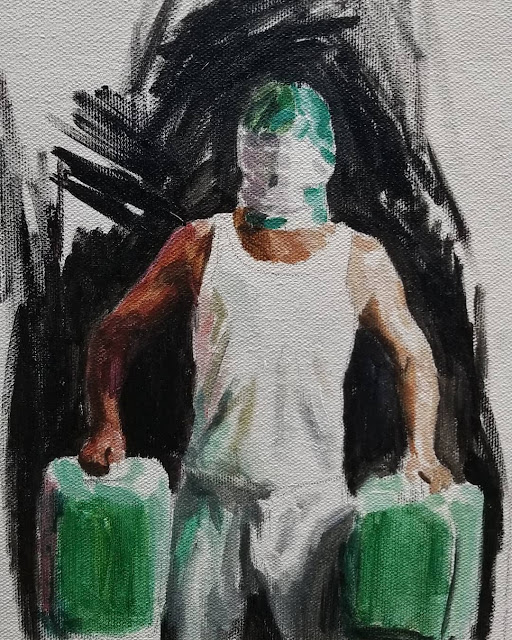 If you look closely at the studies and works in progress that he generously shares on his Facebook page you get the sense that Idowu Oluwaseun is an artist who does drawings and studies before he executes larger works. Often these studies and works in progress showing gestural hand and a layering of value and color that makes the finished product a very good painting. I went through his entire stream of images back to about 2017 which shows the arc of his development. He goes from painting a little bit crudely barbershops, commissions of people graduating from colleges, into more conceptual work in 2018 in which he has multipanel works with well-developed imagery and painterly effects. 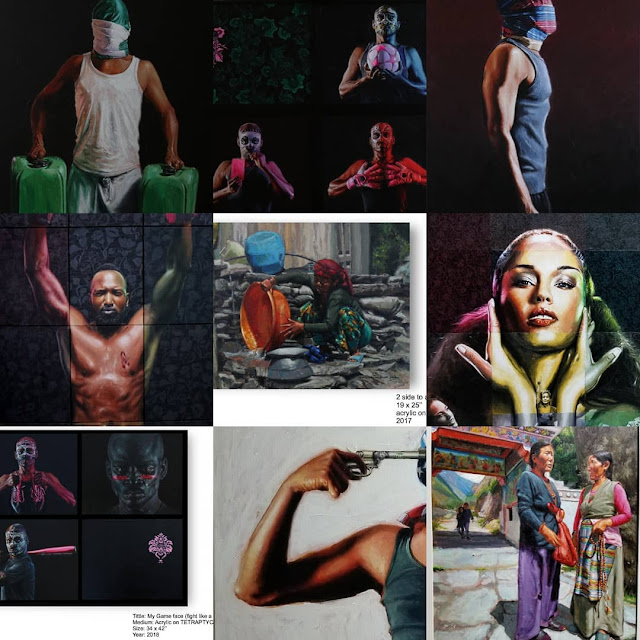 The subject matter of his work has really developed in the last 2 to 3 years. Much of it deals with political and social injustice in Africa specifically in Nigeria. Some of it deals with specifically women’s rights and the kidnapping and slavery of African women. He also discusses in his work problems of anonymity, social inequity, voting rights, and in general human rights. In a way, Idowu Oluwaseun’s works are really about universal human rights and human dignity. 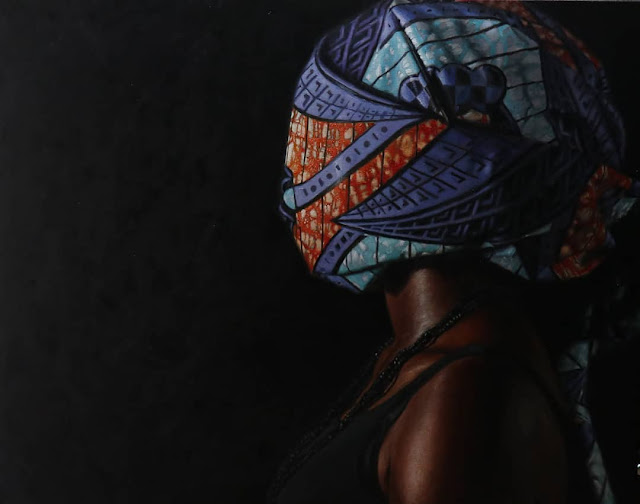 Faceless MINORITY is a series based on the struggling masses, this painting was made to portray one of the Chibok girls they have no Right of there one while they are in captive. They were told what to say and how to act when the Camera start rolling. I will continue portraying any subject in this style.

Now with Covid it’s hard for artists to do very well in terms of galleries and shows but I was delighted to see that he has a show going on in Germany right now. Here are some links to his work, his past shows, and a stream of his work that I stole off of his Facebook page that are worth looking at. 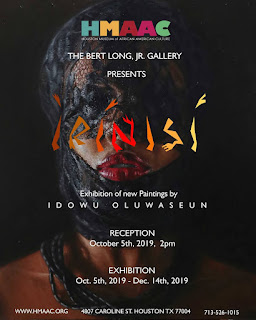 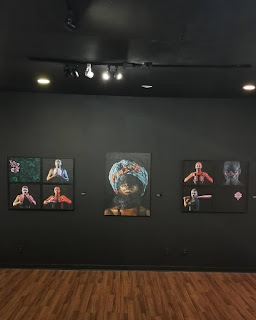 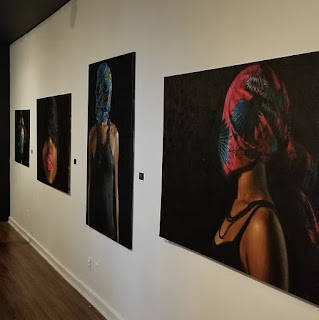 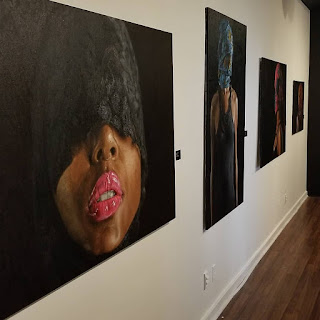 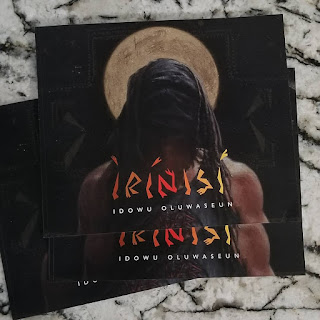 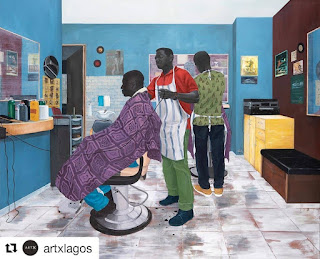 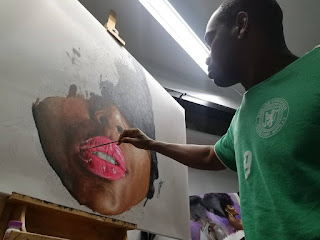 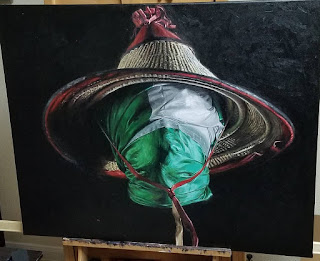 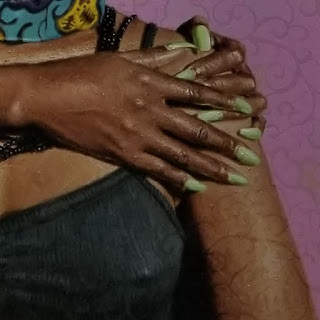 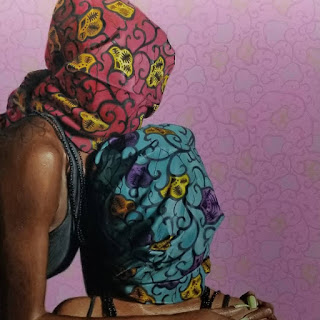 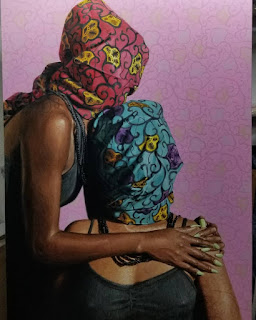 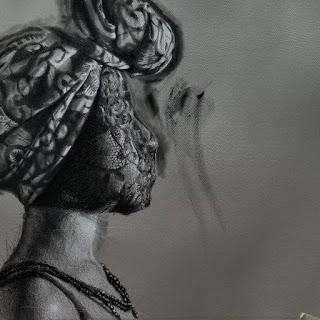 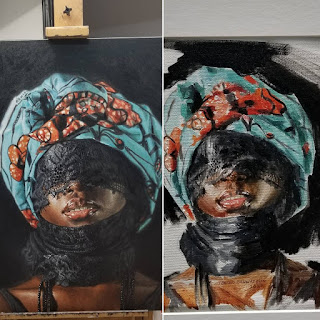 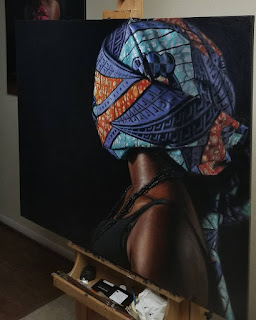 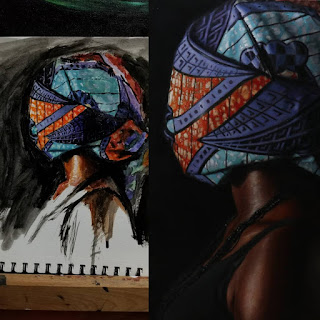