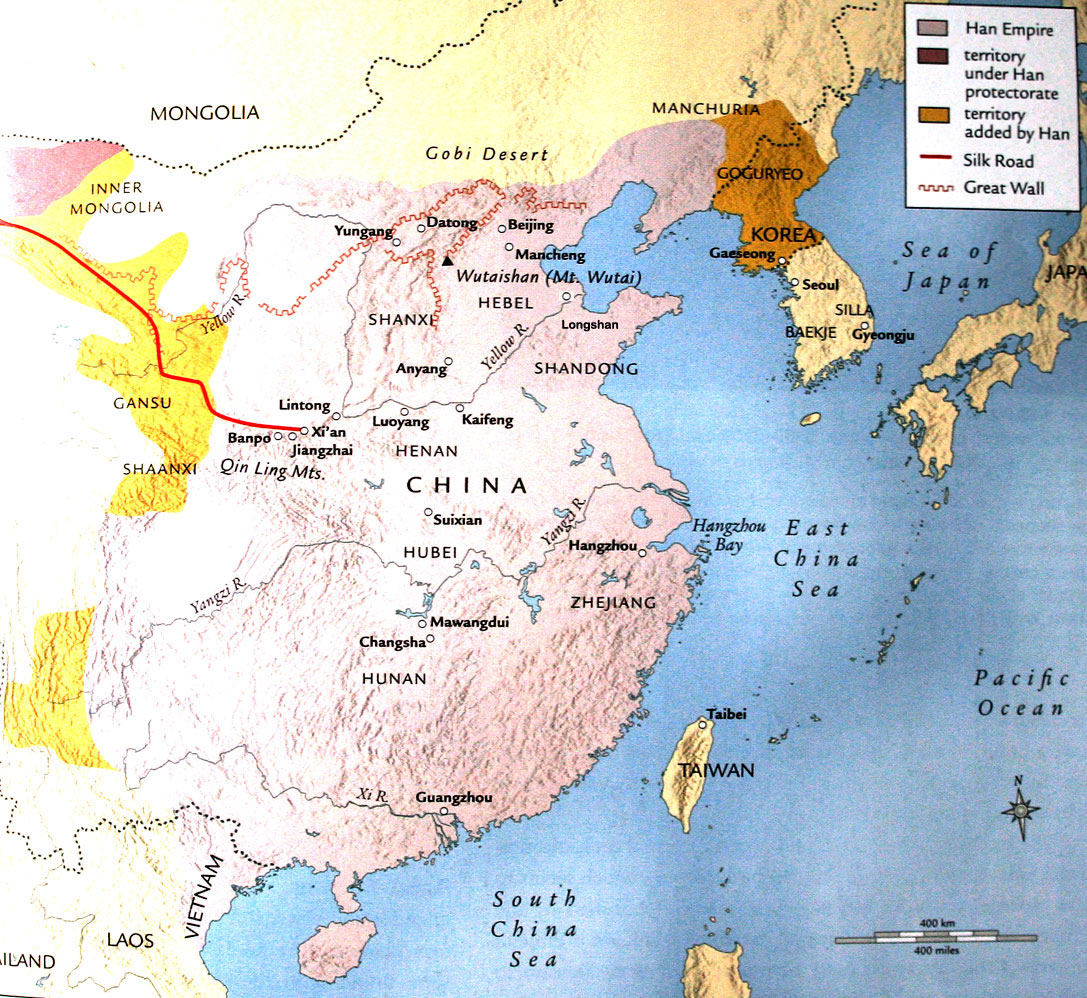 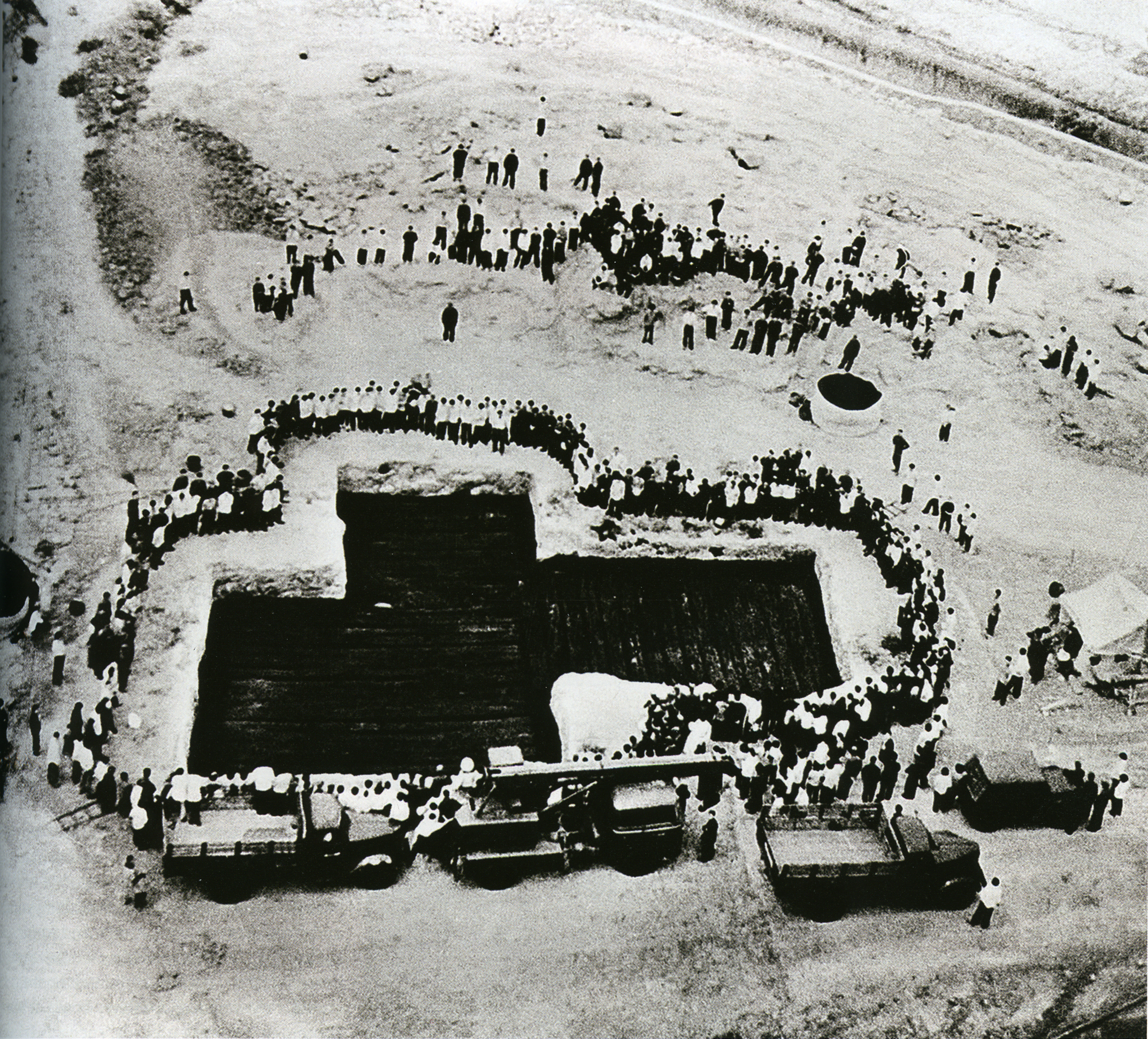 Marquis Yi's tomb
The burial complex of the 'Marquis of Zeng', first discovered in 1977, covered 220 square meters and had four separate chambers. In the northern and smallest were weapons, in the eastern the Marquis's tomb with nested wooden lacquer coffins and eight other coffins of women, in the western coffins of thirteen young women in silk shrouds. In the central and largest was a magnificent set of bronze bells. About 100 metres away another tomb was found subsequently with another set of bronze bells and other musical instruments. 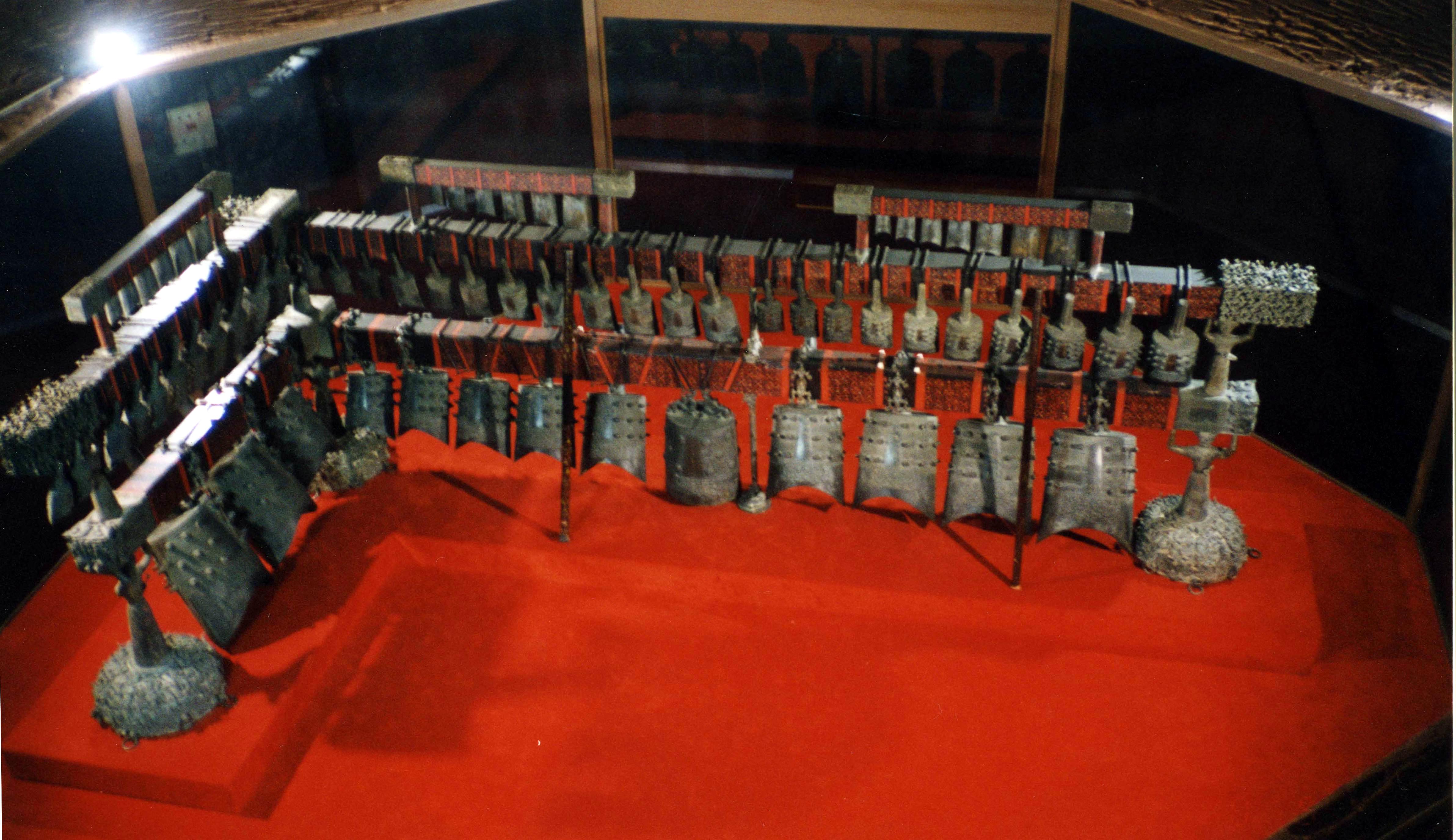 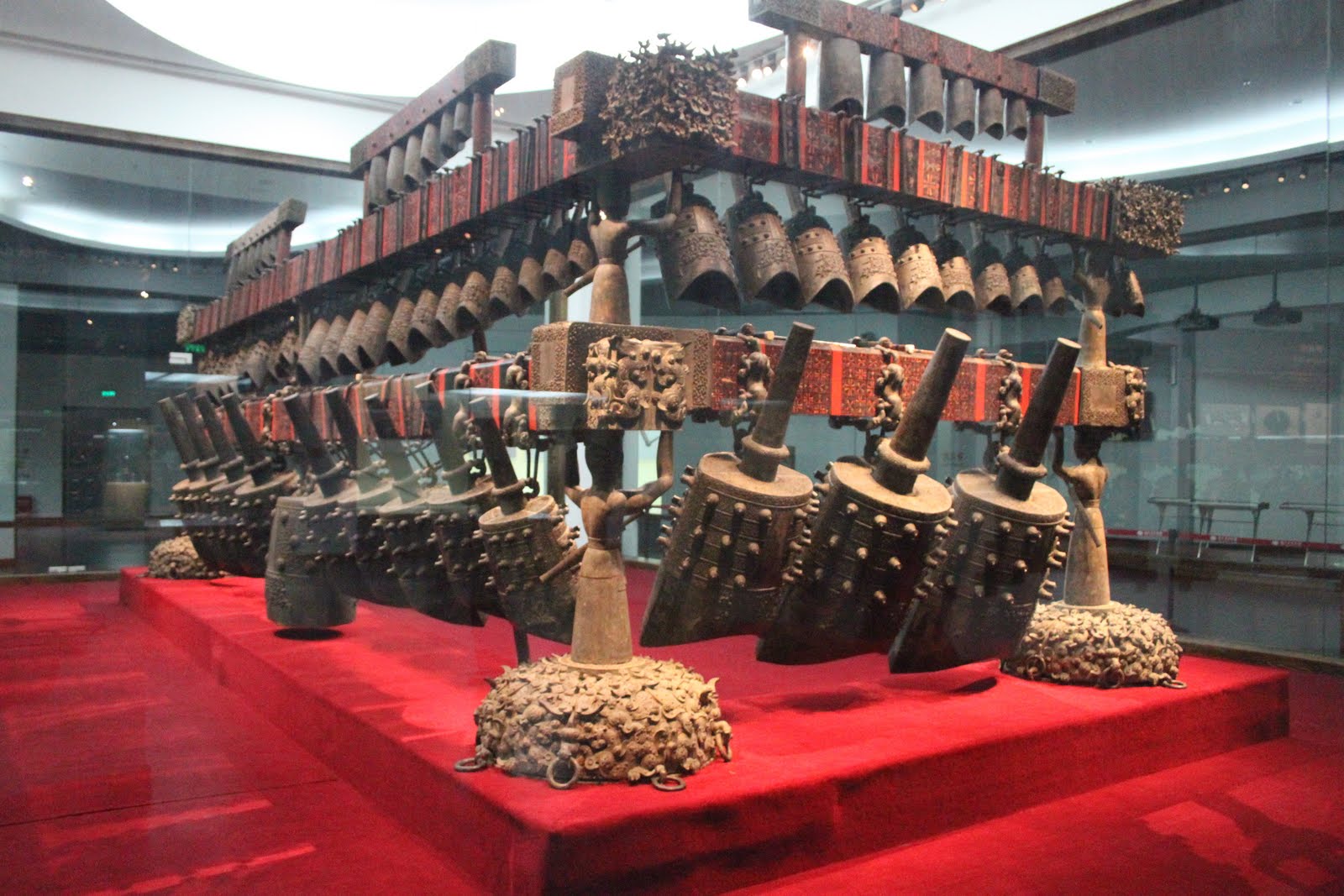 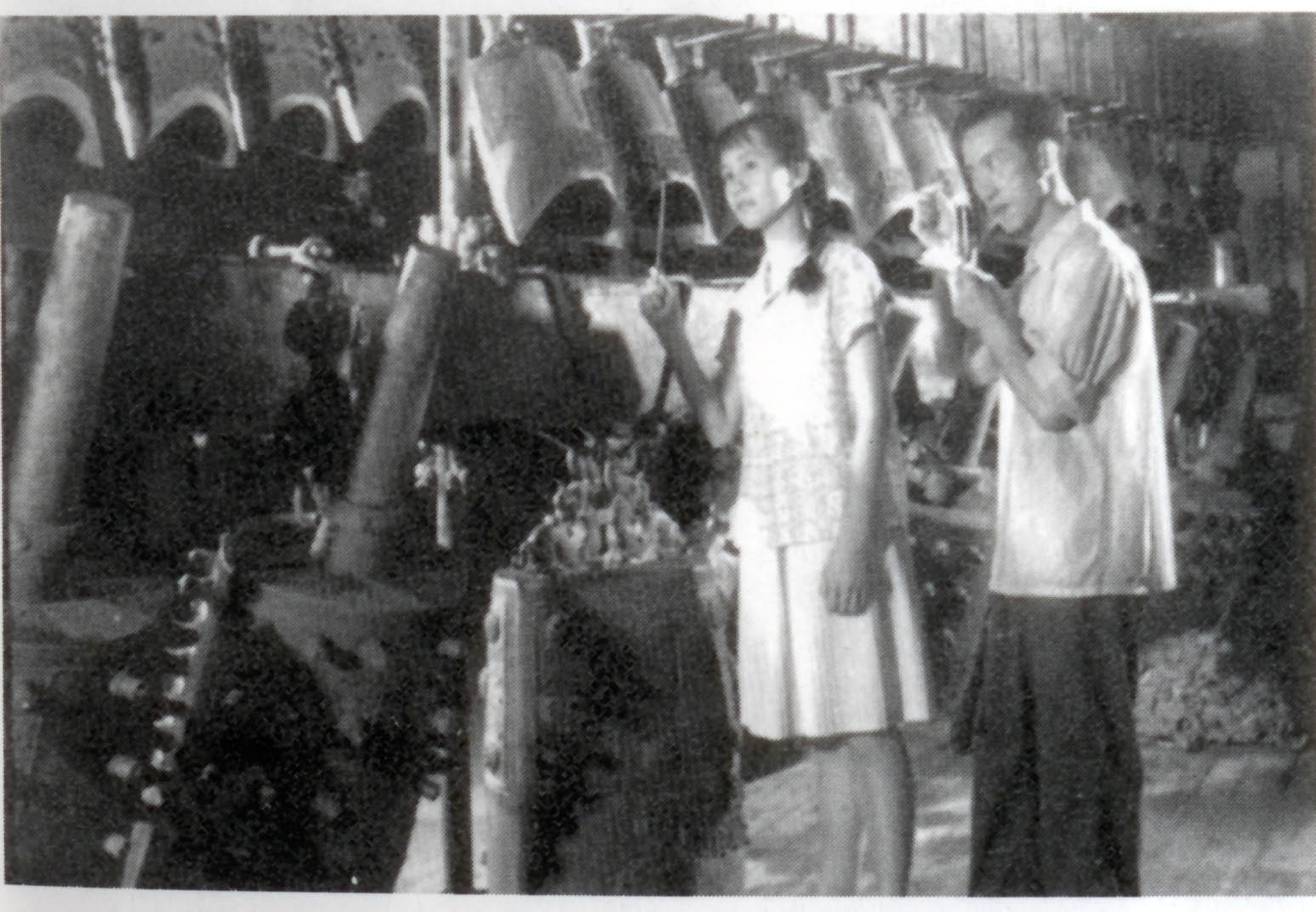 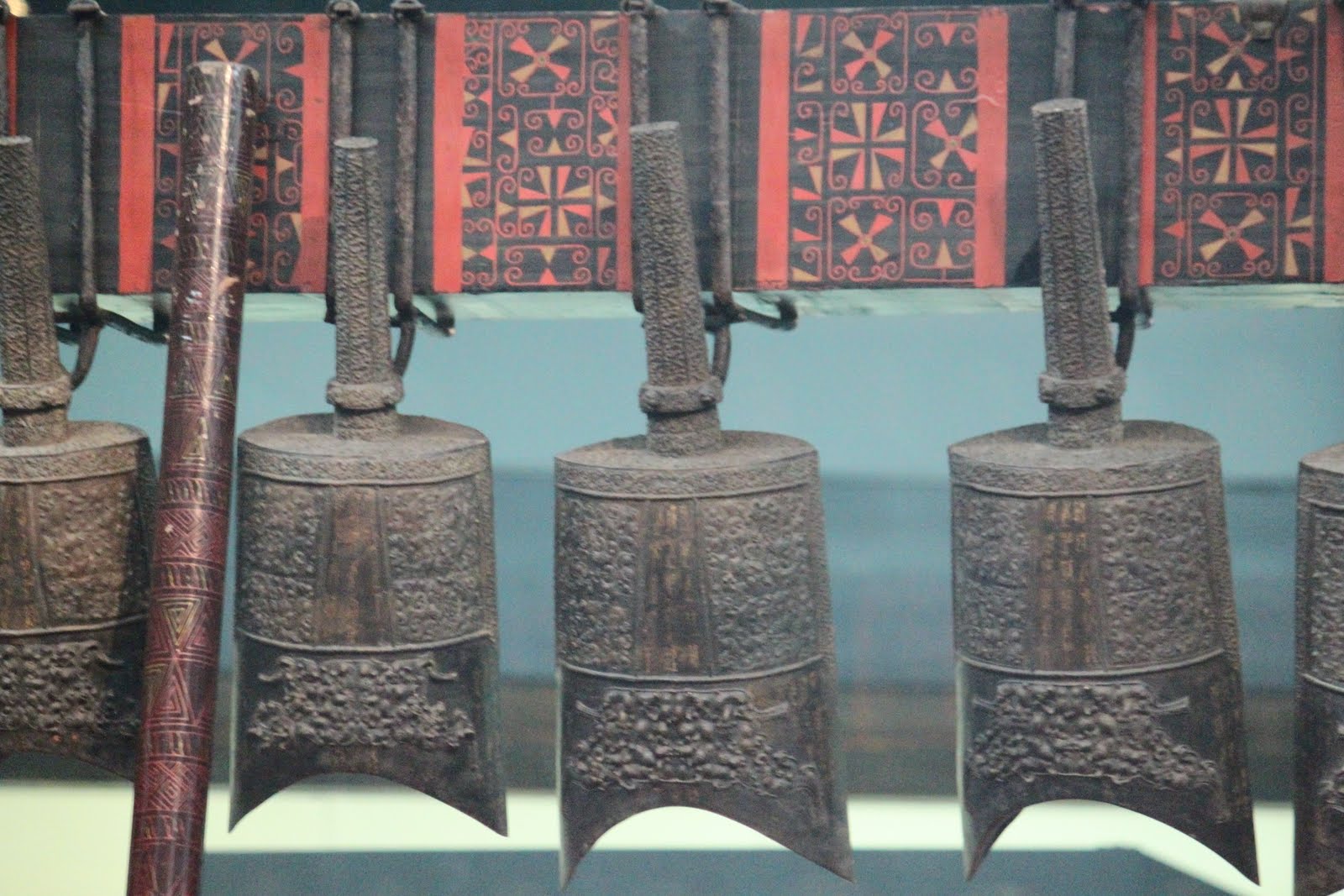 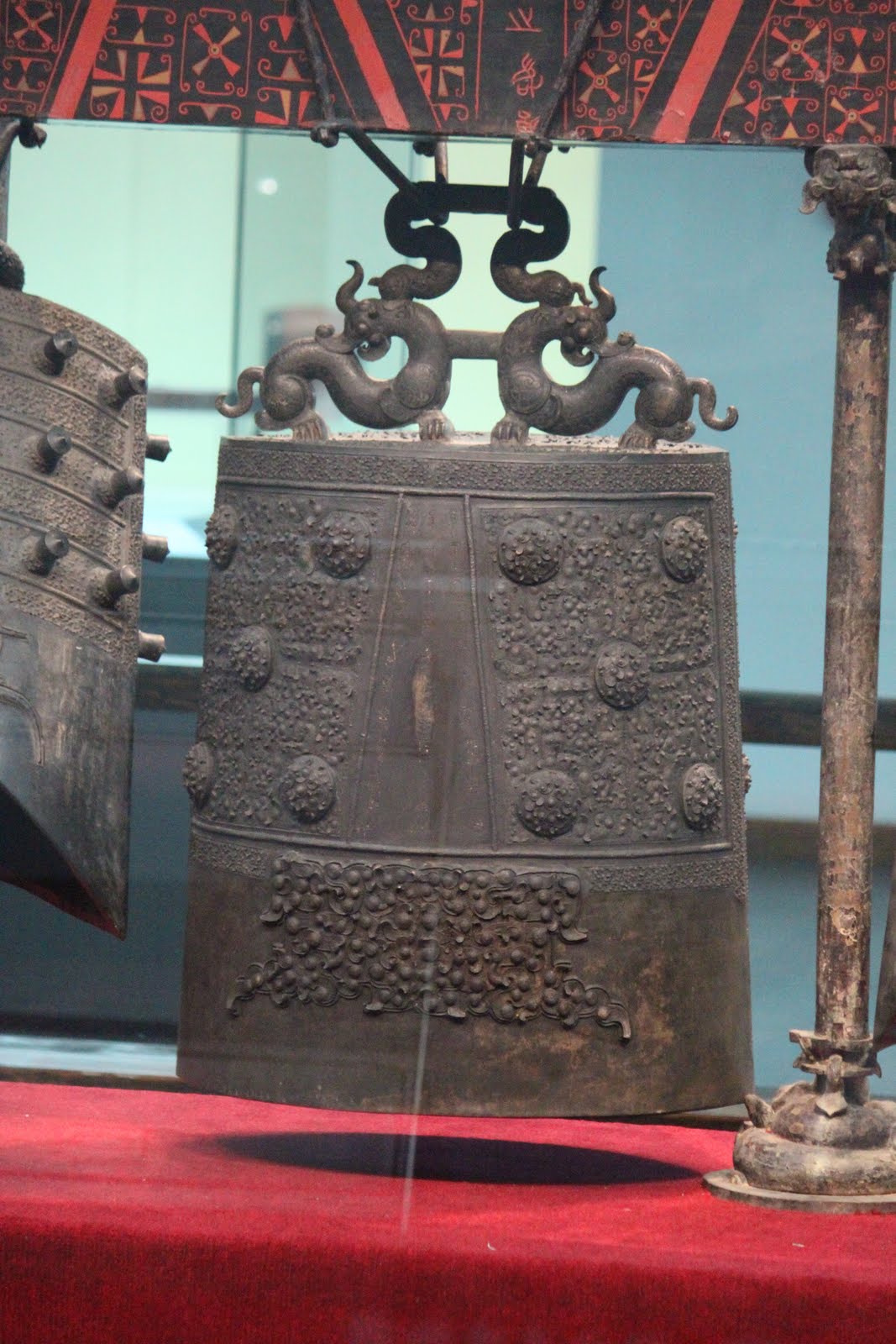 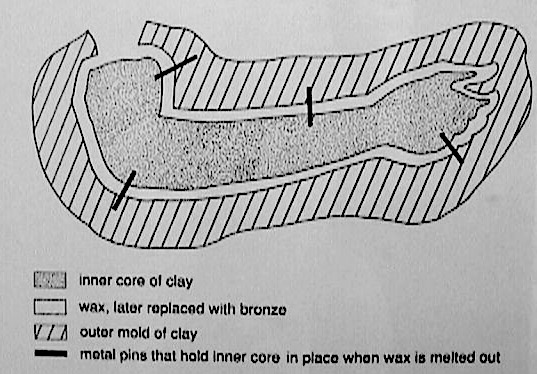