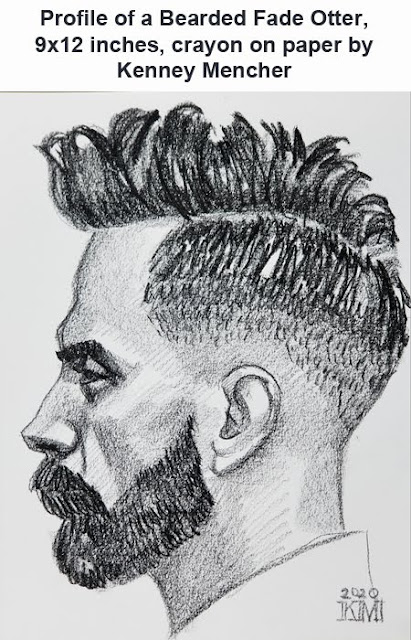 www.Kenney-Mencher.com
Posted by Kenney Mencher at 8:43 PM No comments:

Posted by Kenney Mencher at 3:05 PM No comments:

Notes and Images about Anatomy in Art 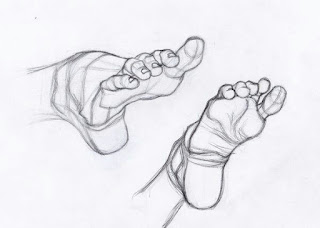 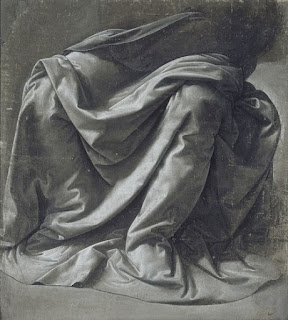 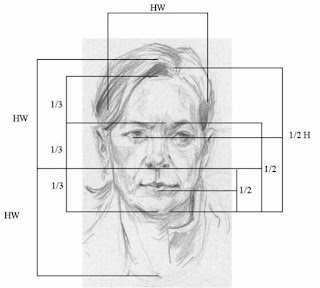 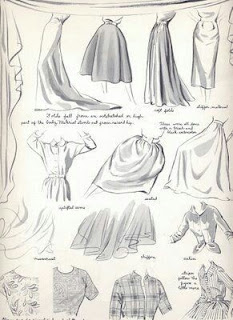 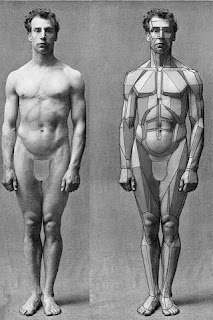 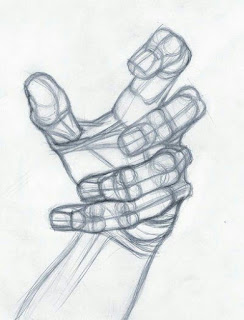 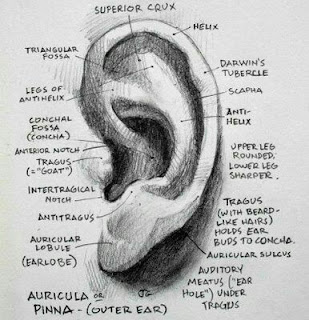 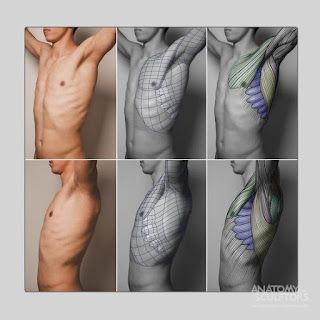 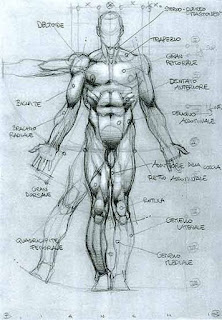 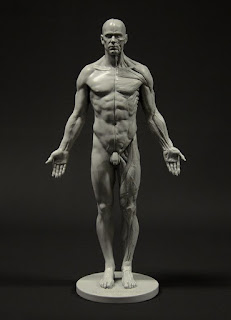 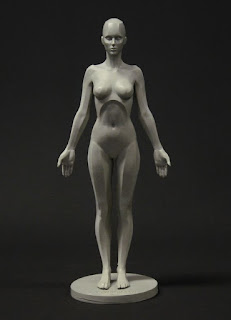 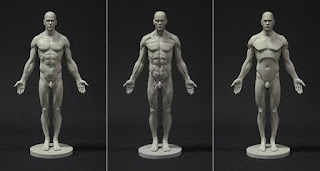 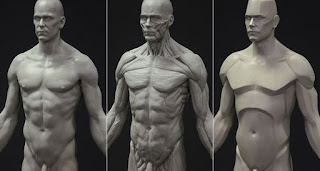 Posted by Kenney Mencher at 8:44 PM No comments:

Some Notes and a Video About Anasazi Art

When I first shared this I wasn't aware that there is a movement/debate to change the term "Anasazi" to "Ancestral Puebloan." I shared this in response to some of my students asking for more non-Western art and I thought it might be a good resource here.
To get a better understanding of some of the naming debate please read these articles:
https://archive.archaeology.org/0607/news/insider.html
https://archive.seattletimes.com/archive/?date=19971109&slug=2571328
https://www.hcn.org/issues/307/15815
According to the Brittanica Encyclopedia the Anasazi culture was a,

The origin of the Basket Maker Indians is not known, but it is evident that, when they first settled in the area, they were already excellent basket weavers and that they were supplementing hunting and wild-seed gathering with the cultivation of maize and pumpkins. They lived either in caves or out in the open in shelters constructed of a masonry of poles and adobe mud. Both caves and houses contained special pits, often roofed over, that were used for food storage.

This basic pattern continued into the period of the Modified Basket Makers, when agriculture became their major interest (bean crops were added and turkeys were domesticated) and hunting and gathering were reduced to supplementary roles. Villages remained either in caves or out in the open; but those in caves consisted of an array of semisubterranean houses, and those in the open consisted of chambers both aboveground and belowground, all often contiguously joined in straight lines or crescents. Aboveground chambers probably served as storage places and the pit houses as domiciles and ceremonial rooms. These pit houses were actually elaborations of the old storage pits. Sun-dried pottery was introduced during this period.

During the Developmental Pueblo period, the same type of straight-line or crescent-shaped multiple house was built, but gradually enlarged. Stone masonry, too, began to replace the earlier pole-and-mud construction. The pit houses became kivas, the underground circular chambers used henceforth primarily for ceremonial purposes. Aboveground chambers were used wholly as domiciles. Agriculture may have been augmented at this time by the cultivation of cotton. Pottery assumed a greater variety of shapes, finishes, and decorations. Basketry was less-common. Throughout the period the area of occupation continued to expand.

The Classic Pueblo period was the time of the great cliff houses, the villages built in sheltered recesses in the faces of cliffs but otherwise differing little from the masonry or adobe houses and villages built elsewhere. This was also the time of the large, freestanding, apartment-like structures built along canyons or mesa walls. In either locale, many dwellings consisted of two, three, or even four stories, often built in stepped-back fashion so that the roofs of the lower rooms served as porches for the rooms above. These community structures had from 20 to as many as 1,000 rooms. An actual shrinking of the inhabited areas took place as people of the outer fringes moved in to build the large units. Craftsmanship in pottery reached a high level, and cotton and yucca fibre were skillfully woven.

Abandonment of the cliff houses and large community dwellings marked the close of the Classic Pueblo period. In part this may have resulted from the incursion of nomadic Navajo and Apache from the north and a prolonged drought that occurred from 1276 to 1299.

The Regressive Pueblo period was characterized by movement of the people south and east, some to the Rio Grande valley or the White Mountains of Arizona. New villages, some larger than those of Classic Pueblo, were built but were generally poorer and cruder in layout and construction (sometimes walls consisted wholly of adobe). Fine pottery making still flourished, however, though changed in design, and weaving continued as before.

The Modern Pueblo period is usually dated from about 1700, when Spanish influences first began to be pervasive. Official Spanish occupancy of the area had begun in 1598, but the Spaniards' attempts at forced religious conversions and tribute caused hostility among the Indians, leading in 1680 to open revolt and the killing or expulsion of the Spaniards. Not until about 1694 was Spanish authority reimposed. A century of unsettled conditions, however, had reduced the number of Pueblo settlements from about 70 or 80 to 25 or 30. Much of the culture and many of the skills in agriculture and crafts, nevertheless, have continued down to modern times.

Some iconographic symbols from the modern day Navajo culture which will help you to understand the next section.

Posted by Kenney Mencher at 3:41 PM No comments:

Email ThisBlogThis!Share to TwitterShare to FacebookShare to Pinterest
What's UP in our Community?

SAVE THE DATE:  AUGUST 1, 7 - 8:30pm WENDY HARRIS VIRTUAL STUDIO SHOW & SALE.  URL will be provided that date & on WendyHarrisFineArt.com. You MUST go to the artist's website and add your email to the link at the bottom of the landing page or stealthy spam blockers will prevent it. Additional sales opportunities:  he Shoppes at Johnny Appleseed, 3402 Old State Rd, Erieville, NY 13061  Wednesday through Sunday : Facebook.com/johnnyshoppes. With masks! and  Delavan Center Studio Gallery open by appointment with masks & distance.  Short notice often can work: 315-727-6577

Jubilee Homes 33rd Anniversary Fundraiser. For the week of 8/2-8/8, Salt City Market will be taking a break from our regularly scheduled Curbside Test Kitchen to support the Jubilee Homes of Syracuse, Inc.’s 33rd Anniversary Fundraiser! This event will honor the late Kristina Kirby, Fiscal Manager/Urban Delights Manager for Jubilee Homes. Wednesday, August 5 featuring SOULutions, Miss Prissy’s, Erma’s Island, and Cake Bar—pickup and delivery 3-6 PM at 112 Bellevue Avenue. Tickets are on sale until tomorrow (7/29), so get yours now!

Submit images to The Stand’s Annual Photo Contest before the deadline is up on July 31st!  This summer's event will be different. We won’t gather in person due to the pandemic, but photographers can still document our city in photos. Open citywide – to continue to capture Syracuse neighborhoods in photos, especially during this unique moment in time. Participants may enter up to two photos in each of our five categories (a maximum of 10 photos per person) and a panel of local judges will pick top winners — plus there will be prizes. Final images will be shared with the community online, featured in The Stand’s September print issue and even exhibited downtown — projected onto the Everson Museum of Art thanks to a partnership with the Urban Video Project (UVP)
Contest Categories Include:
•  #CuseSummer2020 -- A shot that best captures this new normal — new now — for the city of Syracuse.
•  #CuseCOVIDchildhood -- A shot showing our city's youth -- from coping with our current crisis to enjoying childhood innocence.
•  #CuseSocialDistancing -- A shot displaying creative ways the city and its residents continue on safely.
•  #CuseMinorityImpact -- Studies show this virus impacts Blacks and minorities disproportionately, how can this reality be visualized?
•  #CuseBLM -- Nationwide racism is being called out. How is Syracuse pushing for progress?

Edgewood Gallery exhibit, HORSES AND HORIZONS, a collaboration between Jim Ridlon and Alyson Markell with ceramic work by Leslie Green Guilbault and Susan Machamer's jewelry. The show runs through August 7th. Tues-Fri 9:30am-6pm and Sat 10am-2pm. Due to social restrictions there will be no opening reception. Please wear your masks, if the gallery has people in it, wait in your car to respect social distancing. Masks , gloves, disinfectant are available in the gallery. Custom picture framing at Edgewood has resumed. 216 Tecumseh Rd., Syracuse, NY 13224. http://edgewoodartandframe.com/

Saturday, 11:30-2pm - Major Rally - Does Black Life Matter? Syracuse City Hall (233 E. Washington St.) Share the Facebook event page (created by the Black Leadership Coalition)
On the Black Lives Matter facebook page is the complete list of demands that the Peoples Agenda for Policing put before the Mayor, his administration, and the Superintendant of SCSD schools. SATURDAY AUGUST 1, 2020 at 11:30am in front of City Hall  (we are starting right at noon) If Black Lives Matter to you, be there to show your support and bring everyone with you!

TOMORROW. Wednesday, July 29, from 5-7pmVirtual Teach-In on Police-Free Schools. Share the Facebook event page
Join Youth Cuse BLM, Raha Syracuse, The People’s Agenda for Policing collective and the youth of Syracuse in demanding the removal of Security Resource Officers (SROs) from our schools. Panelists Yusuf Abdul Qadir, Jessica Elliot, Sarhia Rahim, Afiya Rahman, Amina Salahou, and Nikeeta Slade will discuss the demand to cancel the SRO contract with the Syracuse City School District and reallocation of funds to culturally competent mental health counselors, community intervention workers, and a curriculum that reflects Black, indigenous, and people of color histories and stories. This will be on zoom and facebook live; zoom link to be announced later on the event page.

The Art of the Ancient Near East

Posted by Kenney Mencher at 8:44 PM No comments: