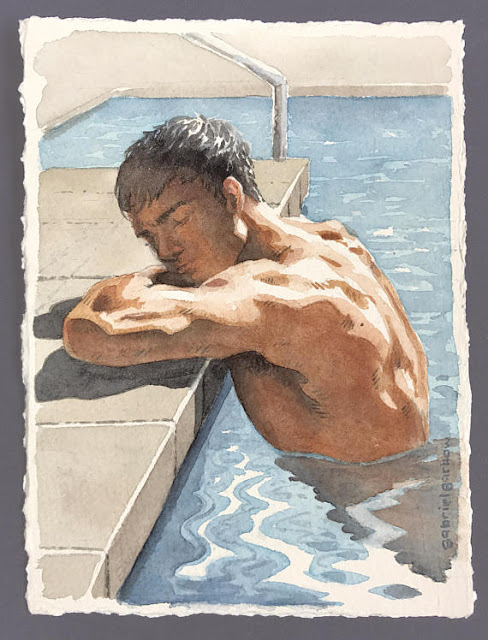 About the Artist ...
Gabriel Garbow grew up in the small town of Red Wing, Minnesota. With little else to do, he had plenty of time on his hands to let his imagination wander. College took him to Brooklyn, New York and Pratt Institute. He was drawn to the mountains and desert of Las Cruces, NM but returned to Minnesota to establish his art career.

Now, San Francisco is home.  Garbow creates his art in digital and traditional media, working out of his home studio. His unique style takes cues from contemporary screen prints, pop art, and turn-of-the-century book illustration. With influences including David Hockney, Douglas Simonson, Egon Scheile, and Marc Silvestri, Garbow’s own work moves between the poles of high and low art. Recent series have run the gamut from explicit depictions of nude men to placid scenes from summer camp. 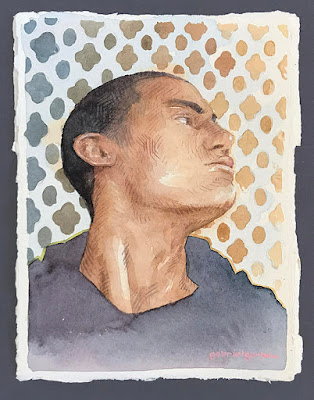 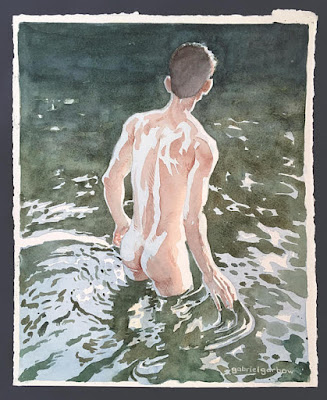