Leaders of LGBT organizations at Jesuit Georgetown have denounced the pro-marriage group “Love Saxa” as homophobic, calling on the university to strip the group of funding and to deny it access to campus facility benefits.

Love Saxa is a recently reconstituted student organization promoting Catholic doctrine regarding marriage as the union of one man and one woman, which LGBT groups have decried as “directly homophobic.”
GU Pride President Chad Gasman accused Georgetown of “funding homophobia” by providing financial assistance to Love Saxa, which, he said, is contrary to “Jesuit principles.” The Society of Jesus, or Jesuits, are a Roman Catholic order of religious men founded by Saint Ignatius of Loyola to defend and promote Catholic teaching.
The Catechism of the Catholic Church defines marriage as a covenant “by which a man and a woman establish between themselves a partnership of the whole of life,” which is “ordered toward the good of the spouses and the procreation and education of offspring.”
The Catholic Church also officially teaches that “no ideology can erase from the human spirit the certainty that marriage exists solely between a man and a woman” and that there are “absolutely no grounds for considering homosexual unions to be in any way similar or even remotely analogous to God’s plan for marriage and family.”
Nonetheless, Love Saxa risks being defunded and banned from campus facilities for following that teaching.
“Hateful groups” such as Love Saxa, Gasman contended, “foster an unwelcome and hateful environment for queer students.”
Georgetown’s Student Organization Standards state: “Groups will not be eligible for access to benefits if their purpose or activities … foster hatred or intolerance of others because of their race, nationality, gender, religion, or sexual preferences.”
Jasmin Ouseph, co-chair of the Racial and Cultural Inclusivity policy team at the Student Association (GUSA), submitted a formal complaint against Love Saxa on Sept. 25, joined by Chad Gasman and David Friedman, president of Georgetown University Queer People of Color.
On Monday, the Student Activities Commission will reportedly carry out a hearing in response to the charges filed against the group.
The Hoya’s editorial board has taken a stand in favor of definding Love Saxa, saying that the group fosters intolerance by “actively advocating a limited definition of marriage that would concretely take rights away from the LGBTQ community.”
“Love Saxa does not deserve the benefit of university recognition,” the board stated. “As a group whose mission advocates against equal rights for the LGBTQ community, Love Saxa fosters intolerance.”
Lova Saxa’s student-president Amelia Irvine told Catholic News Agency (CNA), “I believe that Love Saxa has the right to exist, especially at a Catholic school. We exist to promote healthy, loving relationships at Georgetown.”
In a Sept. 6 column in The Hoya, Irvine wrote that “we believe that marriage is a conjugal union on every level – emotional, spiritual, physical and mental – directed toward caring for biological children. To us, marriage is much more than commitment of love between two consenting adults.”
The overt bullying of a pro-marriage group on the campus of a putatively Catholic university shows how far colleges are willing to go to appease the powerful LGBT lobby, and how timid Catholic institutions have become in upholding Christian moral principles.
In his prophetic dissent from the landmark 2015 Supreme Court case of Obergefell v. Hodges, Justice Samuel Alito warned that the Court’s ruling would be used to hurt Americans who espuse a traditional view of marriage between man and woman.
“It will be used,” he writes, “to vilify Americans who are unwilling to assent to the new orthodoxy.”
Moreover, by comparing traditional marriage laws to laws that denied equal treatment for African-Americans and women, Alito said, the majority has set up a vast number of Americans for terrible harassment and abuse.
“The implications of this analogy will be exploited by those who are determined to stamp out every vestige of dissent,” he wrote.
Follow Thomas D. Williams on Twitter
by Taboola
Sponsored Links
We Recommend
Self-Made Millionaire Boils Stock Success Down to 1 PatternMoney Morning
Cardiologist Warns: Throw Out Your Probiotics NowGundry MD
Don't Believe In Evolution? This Underwater Cave Finally Gives ProofDirectExpose
TV Star's Stomach Problem Has Surprising CauseActivatedYou
Liberal Waitress Gets Table Full of Republicans, Then She Looks at the BillLifeDaily.com
A Millionaire Spent Years Building a Full-Scale Ark. The Inside Is What’s Truly MindblowingScribol
Archaeologists Are Still Baffled Long After Its DiscoveryMutually
Homeowners Born Before 1985 Get A Big Pay DayHARP Mortgage Quiz
Simple Technique Revives Batteries (Don't Ever Buy Batteries Again)Battery Reconditioning System
Girl Poses For Class Photo. 30 Years On, Her Fiancé Looks At Bottom-Left Corner And GaspsPP Corn 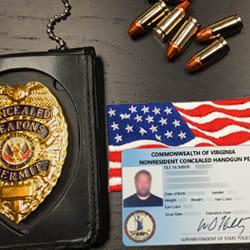 Jump On the New Legal Loophole That Lets You Qualify Online to Carry Concealed!National Concealed
Quiz: Can You Pass A Color Blind Test?Two Red Dots
29 Incredible Wild Animals That Went ExtinctParentz Talk
He's the most feared athlete in NFL historySports Jamm
20 Dangerous Cities You Should Never Tour AloneSheBudgets
10 Places Where You Can Retire for $200KMoneyWise
26 Dogs That Tried To Nail The Poker Face When Caught In The Act...Give It Love
Scientists Have No Clue What This IsThe Design Inspiration
P.S. DO YOU WANT MORE ARTICLES
LIKE THIS ONE DELIVERED RIGHT TO YOUR INBOX?SIGN UP FOR THE DAILY BREITBART NEWSLETTER.