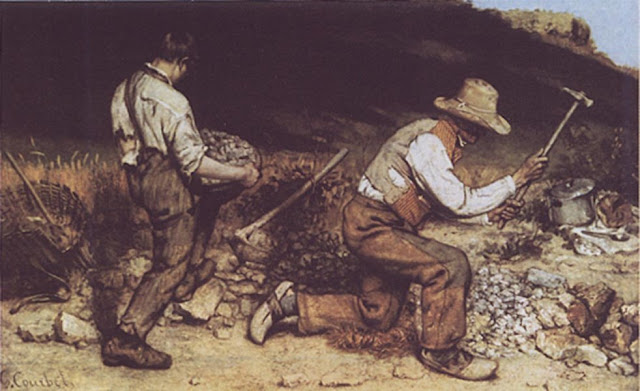 Form: This painting is rendered in an even more frieze like manner than the his "Burial at Ornans." Courbet's palette and paint quality remain consistent throughout the body of his work. This work is earth toned and the brushwork is fairly rough and tangible.

Iconography: The Brittanica comments that ""The Stone-Breakers" is a realistic rendering of two figures doing menial labour in a barren, rural setting." The subject matter of the painting demonstrates Courbet's sympathy for the plight of the rural poor; however, it is a plight he does nothing to remedy (his father was a wealthy farmer.)

Courbet heightens the pathos of the image by depicting two literally faceless workers. As such one could imagine there own face on the workers or perhaps his message is that we don't really notice or acknowledge the individual identities of this faceless cast. Nevertheless, he does identify their ages well enough. The boy is too young to be doing the hard manual labour of breaking up stones and the straw hatted adult is too old. The need for their hard work is evidenced in the worn and ragged clothing they wear. 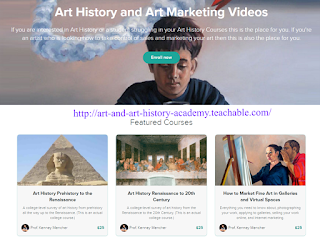