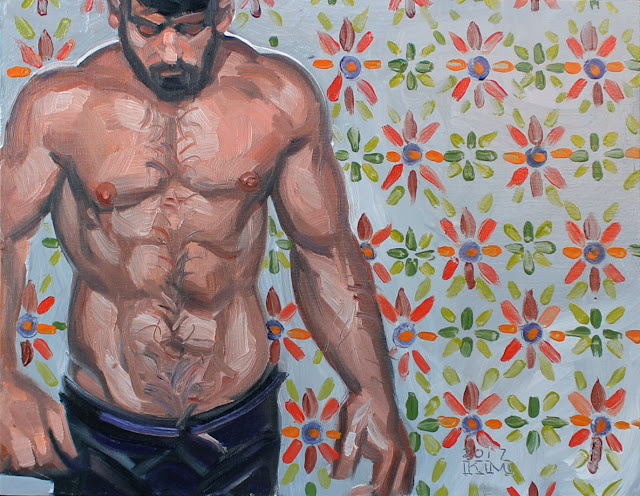 A Young Turk from the Otter-Man Empire, oil on canvas panel 11x14 inches by Kenney Mencher
$169.99
https://www.etsy.com/listing/515284203/a-young-turk-from-the-otter-man-empireLately I've been working with archetypes of masculinity. I guess you could say archetypes are the same as stereotypes. One of the things that's really struck me about this new era in gay culture  is the fact that it embraces a lot of different types of male beauty.One of the things that most straight people don't relate to or can't understand about gay men is actually how powerful they are. There are a lot of men now who do traditionally masculine straight things, such as boxing and wrestling. It's possible if you called this guy a name or attempted to attack him you might be on the receiving end  of quite the beat down.
Posted by Kenney Mencher at 4:37 PM