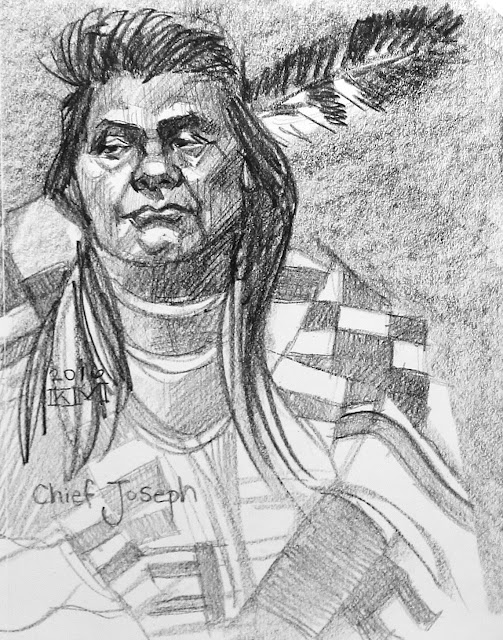 Chief Joseph was a Nez Perce chief who, faced with settlement by whites of tribal lands in Oregon, led his followers in a dramatic effort to escape to Canada.

“From where the sun now stands, I will fight no more forever.”

Chief Joseph was born on March 3, 1840, in Wallowa Valley, Oregon Territory. When the United States attempted to force the Nez Perce to move to a reservation in 1877, he reluctantly agreed. Following the killing of a group of white settlers, tensions erupted again, and Chief Joseph tried to lead his people to Canada, in what is considered one of the great retreats in military history.

The leader of one band of the Nez Perce people, Chief Joseph was born Hin-mah-too-yah-lat-kekt in 1840 in the Wallowa Valley in what is now Oregon. His formal Native American name translates to Thunder Rolling Down a Mountain, but he was largely known as Joseph, the same name his father, Joseph the Elder, had taken after being baptized in 1838.

Joseph the Elder's relationship with the whites had been unprecedented. He'd been one of the early Nez Perce leaders to convert to Christianity, and his influence had gone a long way toward establishing peace with his white neighbors. In 1855, he forged a new treaty that created a new reservation for the Nez Perce.

But that peace was fragile. After gold was discovered in the Nez Perce territory, white prospectors began to stream onto their lands. The relationship was soon upended when the United States government took back millions of acres it had promised to Joseph the Elder and his people.

The irate chief denounced his former American friends and destroyed his Bible. More significantly, he refused to sign off on the boundaries of this "new" reservation and leave the Wallowa Valley. 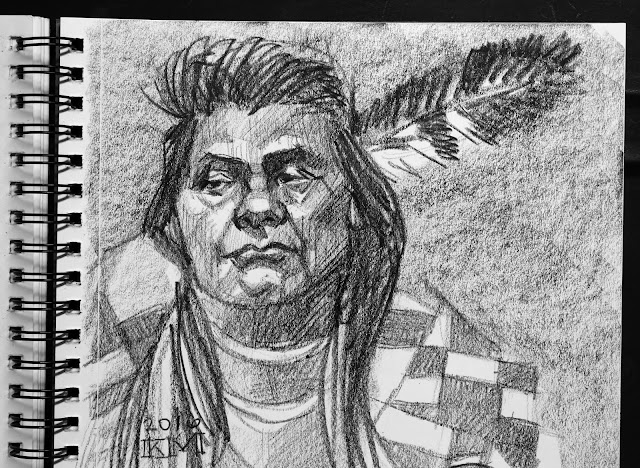 Leader of His People

Following Joseph the Elder's death in 1871, Chief Joseph assumed his father's leadership role as well as the positions he'd staked out for his people. As his father had done before him, Chief Joseph, along with fellow Nez Perce leaders, chiefs Looking Glass and White Bird, balked at the resettlement plan.

As tensions mounted, the three chiefs sensed that violence was imminent. In 1877, recognizing what a war could mean for their people, the chiefs backed down and agreed to the new reservation boundaries.

Just before the move, however, warriors from White Bird's band attacked and killed several white settlers. Chief Joseph understood there would be brutal repercussions and in an effort to avoid defeat, and most likely his own death, he led his people on what is now widely considered one of the most remarkable retreats in military history.

Over the course of four long months, Chief Joseph and his 700 followers, a group that included just 200 actual warriors, embarked on a 1,400-mile march toward Canada. The journey included several impressive victories against a U.S. force that numbered more than 2,000 soldiers.

But the retreat took its toll on the group. By the fall of 1877 Chief Joseph and his people were exhausted. They had come within 40 miles of the Canadian border, reaching the Bear Paw Mountains of Montana, but were too beaten and starving to continue to fight.

Having seen his warriors reduced to just 87 fighting men, having weathered the loss of his own brother, Olikut, and having seen many of the women and children near starvation, Chief Joseph surrendered to his enemy, delivering one of the great speeches in American history.

"I am tired of fighting," he said. "Our chiefs are killed. Looking Glass is dead. Toohoolhoolzote is dead. The old men are all dead. It is the young men who say, 'Yes' or 'No.' He who led the young men [Olikut] is dead. It is cold, and we have no blankets. The little children are freezing to death. My people, some of them, have run away to the hills, and have no blankets, no food. No one knows where they are—perhaps freezing to death. I want to have time to look for my children, and see how many of them I can find. Maybe I shall find them among the dead. Hear me, my chiefs! I am tired. My heart is sick and sad. From where the sun now stands, I will fight no more forever."

Chief Joseph: In His Own Words

Regarded in the American press as the "Red Napoleon," Chief Joseph achieved great acclaim in the latter half of his life. Still, not even his standing among the whites could help his people return to their homeland in the Pacific Northwest.

Following his surrender, Chief Joseph and his people were escorted, first to Kansas, and then to what is present-day Oklahoma. Joseph spent the next several years pleading his people's case, even meeting with President Rutherford Hayes in 1879.

Finally, in 1885, Joseph and others were allowed to return to the Pacific Northwest, but it was far from a perfect solution. So many of his people had already perished, either from war or disease, and their new home was still miles from their true homeland in the Wallowa Valley.

Chief Joseph did not live to see again the land he'd known as a child and young warrior. He died on September 21, 1904, and was buried in the Colville Indian Cemetery on the Colville Reservation in the state of Washington.

To purchase this drawing please visit: