Why Artists Should Not Work with Galleries 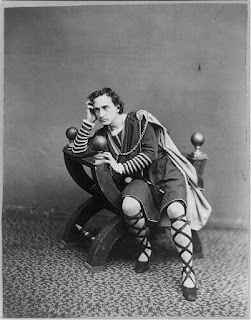 There’s something I’ve been thinking about for a long time. It’s whether or not I should work with galleries. I really don’t want to sound like sour grapes but I do believe that for most artists it’s a bad idea to work with galleries. There are exceptions to this rule and I want to explore them here. Let me begin by saying that I’m going up start with the negative aspects. The three main reasons why I think working with galleries might not work for most artists are economic, emotional, and career building.

The most rational thing to base my decision on is money. However, I want to point out in the beginning that the main reason is really economic. I’m 52 years old and I’ve been showing with galleries for around 25 years or so. With the exception of two or three incidents I have never made back the majority of the money that I’ve invested in any one gallery show. This includes group shows.

Let me lay out the finances for you in my situation. For the last 10 to 15 years each year I’ve sold somewhere in the range of $20-$30,000 worth of artwork. In the last two years I’ve been able to say that I’ve been able to pocket two thirds of this money. This is because in the last several years I started selling my work on line through several venues which include, etsy.com, eBay, Amazon, and several other venues. I’ve found that the most successful venue has Etsy.com. 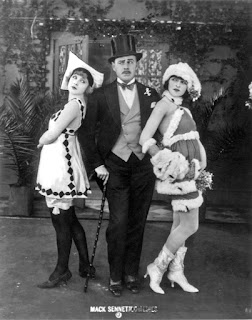 Before this, I’ve had shows in some really reputable galleries that include, Karen Jenkins Johnson in San Francisco, Klaudia Marr in Santa Fe, as well as several galleries in Dallas and other parts of the country. Those are just the most reputable. I don’t want to trash talk the galleries that’s not what this is about. I do however have tons of horror stories about working with galleries.

The empirical evidence is that whenever I’ve had a gallery show I have ended up spending almost all of the money that I made from sales in that gallery on the following, shipping the art, helping with gallery promotions such as catalogs and postcards, and travel expenses. I am leaving out the costs that involve making the art including the art supplies. In each instance I usually sold between 2 to 7 works of art and sometimes these works of art went for as much as $5000. So my art was not cheap and sometimes on a show I would sell around $10-$15,000 worth of work. Sounds good doesn’t it? But it wasn’t. The gallery, which is standard took 50% on each sale. I don’t begrudge the gallery because they are paying overhead expenses and their investing in me. That would leave me with around $7000 left. Shipping art to a gallery especially out-of-state can cost as much as $1000-$2000. So now I’m down to about $4000 that I’m putting in my pocket. Next factor in airfare if it’s out of town and hotels. I think you get the point. At the end of the year I got hit with taxes.

I want to bring up one notable exception to this. It took me about five years of work but I completed a graphic novel and each one of the panels was a separate watercolor. Just after I retired a community gallery in Tracy California, whose directors named Will Wilson, contacted me and offered me a show. Included in the show was a stipend, which was pretty considerable, as well as extra money for painting a mural and they took care of most of the other costs. This even included a hotel if I wanted. So I walked away from that show with a considerable profit. Thank you William Wilson! 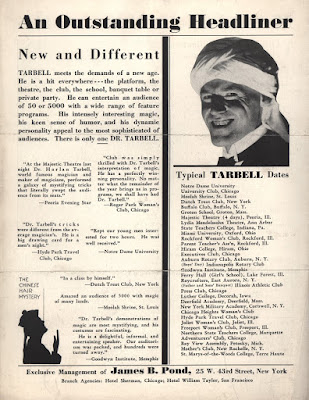 So even though it looked like I was a successful selling artist I was only really pocketing at the most, and this includes studio sales around $8000 at the end of the year. I am so lucky I had a tenured teaching position at a community college. In fact, I use my art career as a write-off at the end of every year to decrease the taxes I pay. At the time, I was making about 110,000 year teaching at a community college. My wife and I are not big spenders and I managed to put aside the ton of money in retirement which I won’t touch till I’m 62 or 63 in 10 years. At the age of 52 now I have “retired” and I paint full-time because for the last five years or so I was able to figure out my finances well enough by selling work online that I can afford to paint full-time.

Okay so I think I’ve laid out my more pragmatic or economic reasons for not working with galleries. Your company emotional ones.

Again I don’t want to sound like someone who’s overly negative or complaining about specific galleries, although I could tell you some horror stories but that would make me look like an kind of Dick. So let me talk about it in the most general ways I can. 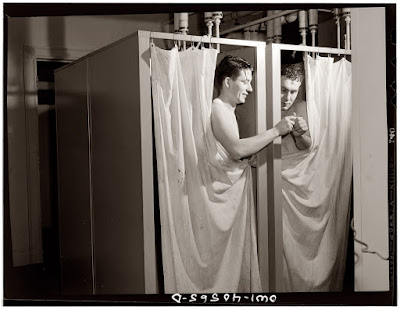 In the most basic way working with the gallery is a collaboration between the artist and the gallery director. Gallery directors have a different point of view about what kinds of art the artist should make and also what kind of shows should be offered in the gallery. It’s their right they own the gallery. This kind of stuff, and it really makes a lot of artists very bitchy, can really add up by the time you get to the opening reception. Especially if the artist is bit of a prima donna. I also know this from personal point of view because I ran a gallery for about five years at Ohlone college in Fremont and believe me artists are really tough to work with often have an attitude that far exceeds the quality of their work. So this is not a slam on any particular gallery director it’s just pointing out that collaboration is really hard and can lead to a lot of hurt feelings and conflict.

Emotionally, I’ve also personalized the lack of sales at galleries because I have seen the gallery director what I consider to be fumble a sale or not make enough effort. Whether or not this is true, in my subjective perception that is how I felt. And you have to think that most artists are going to personalize the experience of showing their work because the artwork is themselves. So let me just say I feel that a lot of gallery directors have not sold work when I thought they could and I’ve had a strong emotional reaction to that. Many of the artists that I’ve talked to often describe an angry or irritable relationship with the gallery directors who represent them. Often, I am surprised by the vitriol and anger that some of the artist will express about gallery directors even though I think the gallery director has worked really hard and is a good person. They mean you no harm in fact they’d like to help you but often we as artists have bad reactions to stuff. 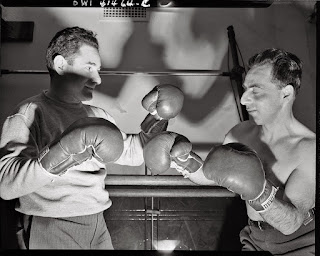 Here’s another kind of drag emotionally about galleries and that has to do with gallery receptions. Unless you really like a party and you like art receptions and find it really easy to talk to people, gallery receptions are a nightmare for people who have a hard time being the center of attention and or have any kind of social deficits and problems. That type person is me. You wouldn’t know about it reception because I appear to be very outgoing and I also know how to schmooze people. However, inside I am just crawling with anxiety. My armpits are soaked my suit jacket. My little bald head is sweating. The experience is a total freak out for me and I really don’t like it.

That brings us to the next and final idea of why I think what you shouldn’t work with the gallery. I’m in a basic on my experiences and I will also bring in the experiences of two or three other artists and their stories. I will not name the artists to protect the innocent. 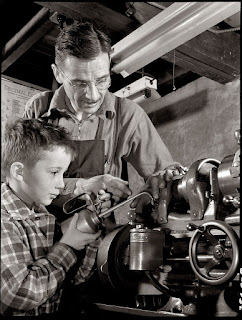 Case study number one. This artist is way better than me and managed to wrangle an exclusive contract with a very important gallery that worked with some other “blue-chip” types of artists. The experience that this artist described in terms of whether or not that gallery built this artist career is that it didn’t. The gallery had promised to promote this person’s work, take care of expenses, and you have the artist really did have some nice shows and was able to do some cool stuff at the gallery but according to them they didn’t: a profit and over coffee the artist was constantly complaining about the lack of promotion and the lack of empathy gallery had. In short, the gallery promised to represent this artist and to really promote them and make them into being is important artist and they didn’t. I’m not blaming anyone, this gallery actually have to shut down even those pretty famous. 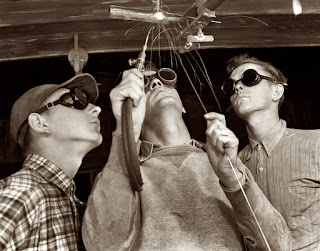 Case study number two. During the studio visit to an artist studio while I was director of the school’s art gallery, again over coffee and during the visit, one artist complained about the gallery that they’re working with for nearly 2 hours. I don’t begrudge the artist, the I guess I do a little bit, but the gallery according to this artist didn’t sell enough of the artists work even though they sold everything they made and often cock blocked them when they had studio sales and wants as a percentage of the profits from the studio sale. I don’t really know what the reality is because my experience of the gallery in general was pretty positive because I also showed with them. However, I understood how the artist felt.

Both of these artists, in my opinion, are top shelf artists. Honestly, they are so good that I’m jealous of their work and yet the gallery itself didn’t really, or wasn’t able to because they didn’t have the juice, to make their career. In fact one of the artists has gone off on their own and has been getting shows all over the world and has started their own organization and is doing fairly well by promoting their own work. They are still going to gallery root however, they don’t have an exclusive contract with a so-called important gallery again. I think they’re happier for it.

Okay, I have a lot more experience and a lot of anecdotes that I could share to back up all of my observations, but I do want to make one sort of positive comments about working with galleries. 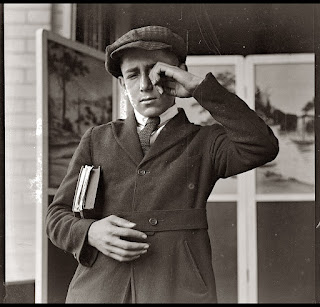 Occasionally, galleries really to make an artist’s career. Historically, there artists like Picasso and Basquiat who have had very fruitful and excellent experiences working with impresarios and art galleries that have given them salaries and promoted them as artists and literally made their career at times. Art history is full of these notable exceptions. Perhaps some of the artists that I really appreciate, such as Bo Bartlett and Macolm Liepke, have had some really good experiences with galleries and have had come out to be a career building experience for them. I do think that in the contemporary world now, because of the egalitarian nature of the Internet and the fact that people can buy stuff online, this might be less possible. I’d love to hear your opinion.
Posted by Kenney Mencher at 8:44 AM