Tai-Shan Schierenberg: Why men are more interesting to paint than women 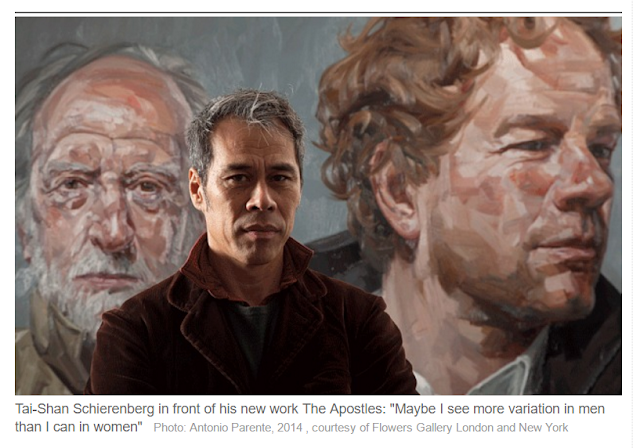 I just came upon his work on Pinterest and felt like I had an affinity for him so I wanted to do a little bit of research. I found this great article about him and also some links to his website.

Why men are more interesting to paint than women 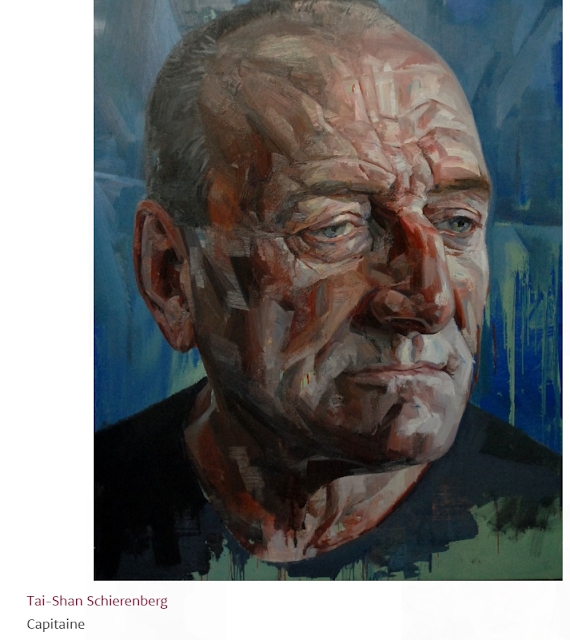 Before he finishes a commission, Tai-Shan Schierenberg usually splatters a bit of paint in the corner of the portrait. It’s not a stylistic move – the brushstrokes in his paintings are fluid but the images themselves are representative – but rather one which gives the subject something to complain about. 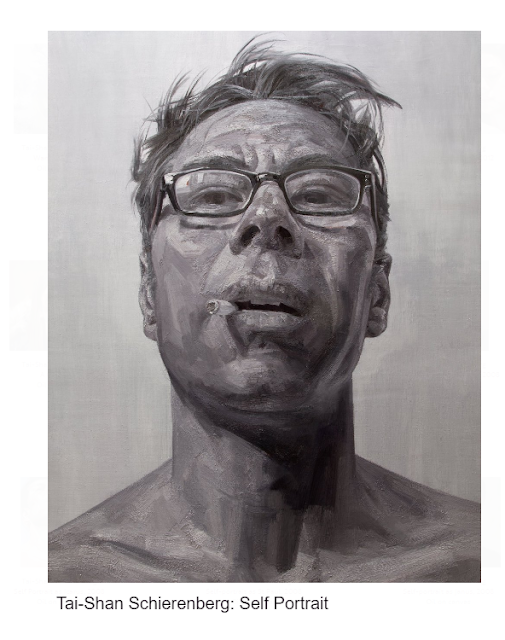 Another thing he has learned is how to paint a portrait which captures something of the inner life of the subject without them coming across as ‘sensitive’. “Men don’t like being shown in any way vulnerable. Often when they’re sitting they will try and sell themselves to me, to list their achievements. 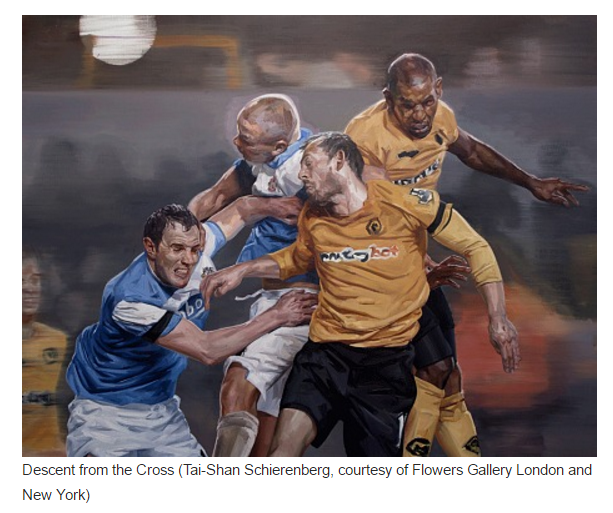 “They’re worried that I might see something they don’t want me to see, which can cause a bit of a power struggle. Men are often very proud of their scars and their frowns, and they don’t mind showing that stuff, whereas if you show that in a woman’s portrait she’d be very upset. Women sometimes cry when I’m painting them, men sometimes get angry.” 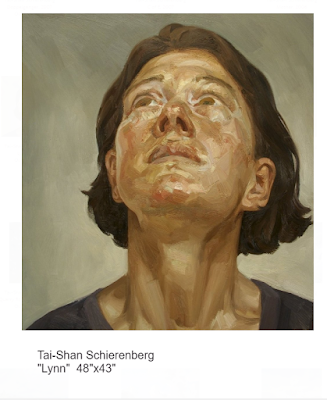 “Part of it, I would argue, is that freedom I feel not to have to flatter. When you’re painting a man and he comes round to look at it, he’ll be impressed; he won’t mind that it’s only getting there. With women, however much they try to cover it up, you can tell that they feel slighted because it’s not quite there yet.

“Maybe I can see more variation than I can in women. It could be as stupid as that I’m just a heterosexual man who sees women as attractive or unattractive.”

Check out his work here:
http://www.flowersgallery.com/artists/view/tai-shan-schierenberg 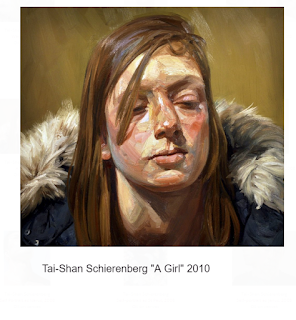 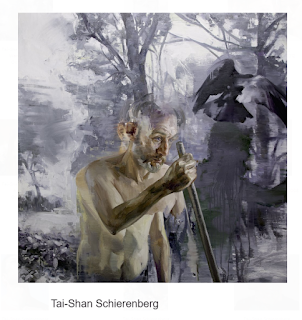 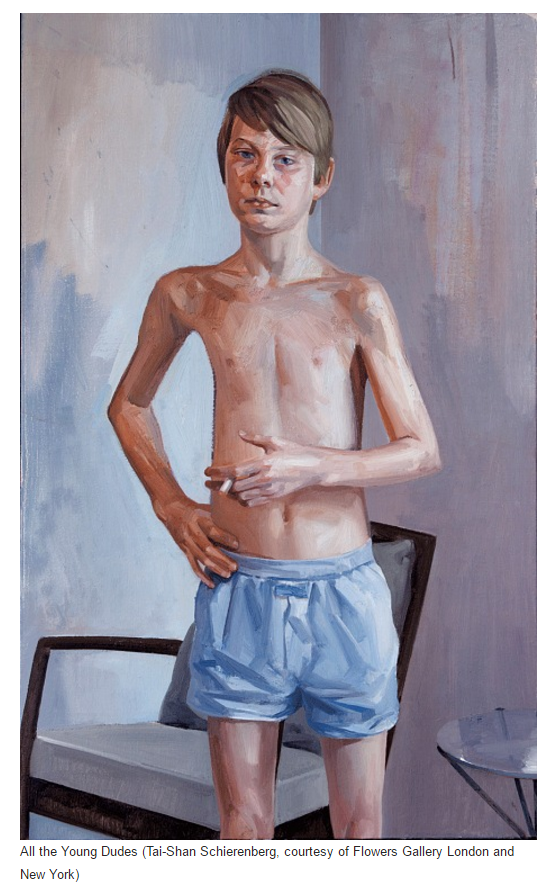 Posted by Kenney Mencher at 1:24 PM