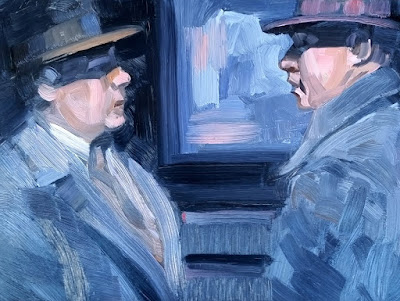 I've always had a fascination with film noir. It probably relates to my growing up in the Bronx in Brooklyn where my grandfather had a dressmaking sweatshop.. I suspect he was not always the best guy in terms of his business practices and when I would go and visit with him he would trust the up in a little business in and grease back my hair like his. I also noticed that people treated him very differentially one we were walking down the street. It wasn't until years later when I was watching mobster movies that I realized what that was all about. I'm still not really sure if he was a gangster or even a criminal I know that she tried to smuggle tobacco back and forth between Europe because he told us a story about that. 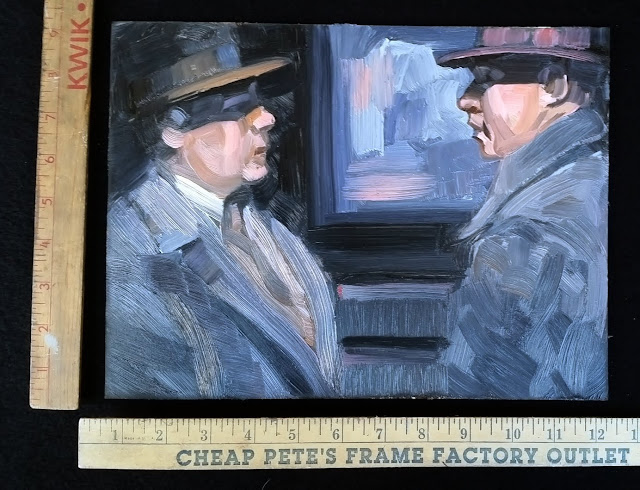 Another thing about film noir that I really like is that when I was a kid and I was watching TV when I was sick at home there were always some old black and white movies with a sort of detective the or film noir base. I love the chiaroscuro and the shading of watching movies like that black and white on a screen. I've tried to translate the feeling of the black and white into some nonlocal colors here. 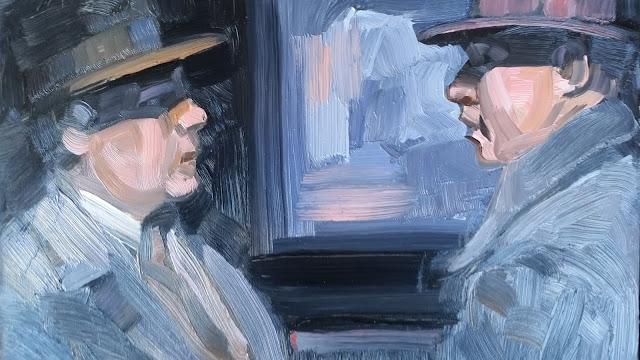