Take the entire course with videos, study guides, and an online text for $20
http://art-and-art-history-academy.usefedora.com/


Context:  (Who lived in the Palazzo Medici-Riccardi, ?) 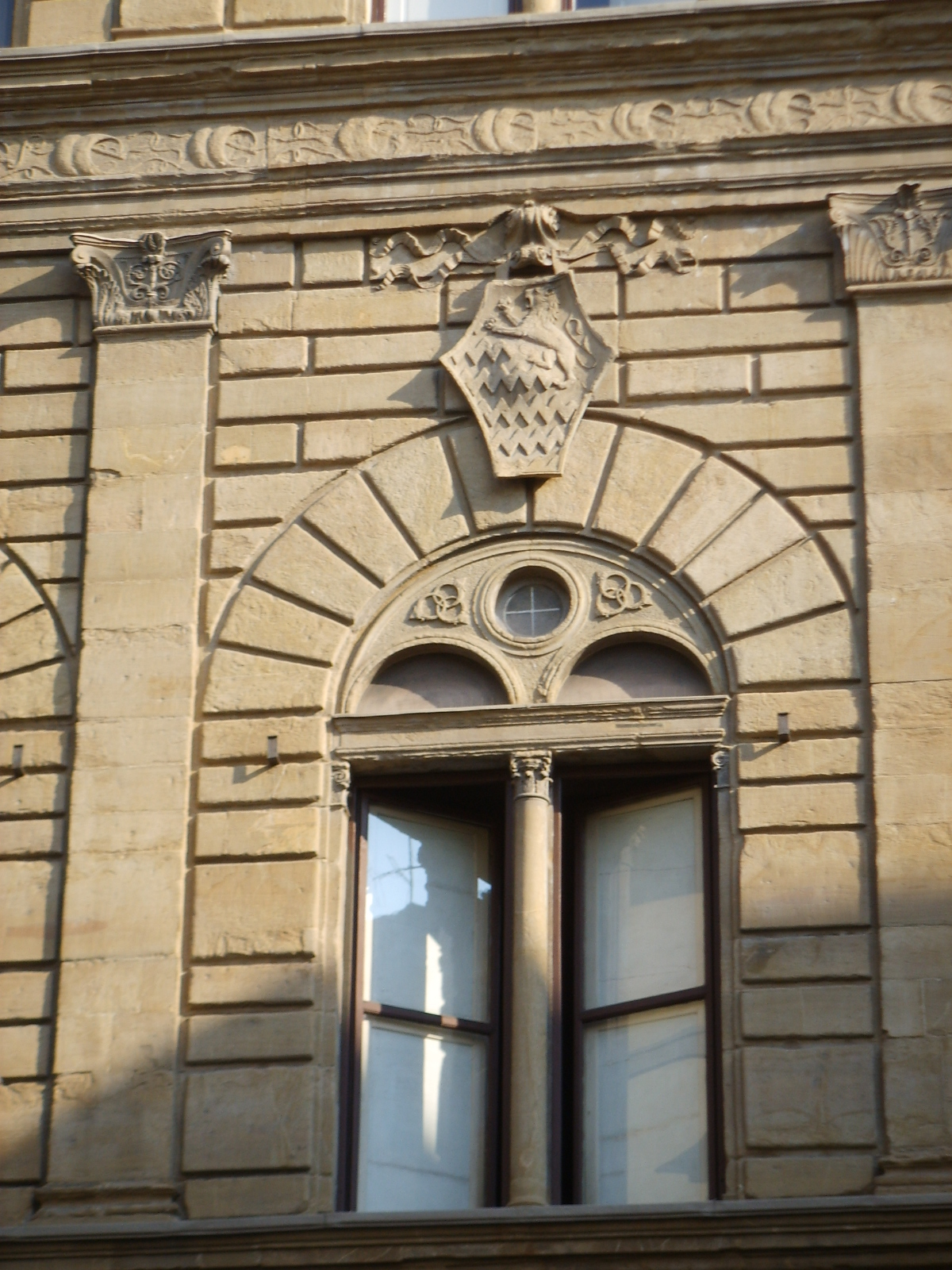 Inside the arch of the windows are the family crests of the noble Rucellai family: rings with diamonds and feathers. The first floor, traditionally called the noble floor, was decorated for the occasion of the wedding of Giuseppe Rucellai with Teresa de' Pazzi. The interiors of the upper floors are refined and simple: large ball rooms with vaulting frescoed with classically styled mythical figures, salons with sober and linear furnishings. Simple spaces that, in their vastness, bring to mind gala evenings of an age now long gone.Palazzo Rucellai includes in its dimensions another precious construction, that diagonally opposite it: the splendid Loggia Rucellai which opens onto via della Vigna Nuova through enormous panes of glass. It was constructed from three arches and an architrave with the precious family crests. Until 1677 the Loggia was the location of public and private Rucellai family ceremonies that were usually organized for special occasions. Through time it has undergone several changes. It was walled up, to be reopened to the public only in 1960 after long restoration work. Today it often serves as an exposition space for masterpieces in contemporary art.

Rustification
in architecture, type of decorative masonry achieved by cutting back the edges of stones to a plane surface while leaving the central portion of the face either rough or projecting markedly. Rustication provides a rich and bold surface for exterior masonry walls. . .
Early Renaissance Italian architects further developed the tradition of rustication, using it effectively to decorate palaces in the 15th century. Thus, in the Pitti Palace (1458), the Medici-Riccardi Palace (1444-59), and the Strozzi Palace (c. 1489), all in Florence, the carefully designed rustication is the chief ornamental element.
Brittanica
Stringcourse,
in architecture, decorative horizontal band on the exterior wall of a building. Such a band, either plain or molded, is usually formed of brick or stone. The stringcourse occurs in virtually every style of Western architecture, from Classical Roman through Anglo-Saxon and Renaissance to modern.
Often the stringcourse is used as a line of demarcation between the stories of a multistoried building. It is also used, especially in classical and neoclassical works, as an extension of the upper or lower horizontal line of a bank of windows. Examples may be seen on the Pantheon, built in Rome in the 2nd century AD; on many palaces of Renaissance Italy, including the Palazzo Medici-Riccardi (1444-59) and the Palazzo Strozzi (1489-1539), both in Florence; and on various manor houses in the English Renaissance style of the mid-16th to early 19th centuries.
Brittanica

Take the entire course with videos, study guides, and an online text for $20
http://art-and-art-history-academy.usefedora.com/
Posted by Kenney Mencher at 3:16 PM