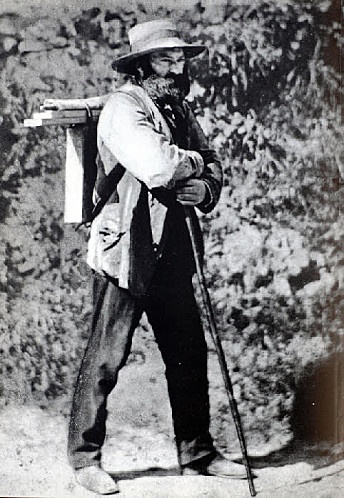 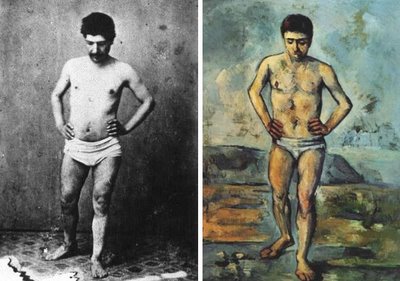 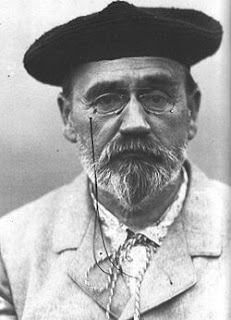 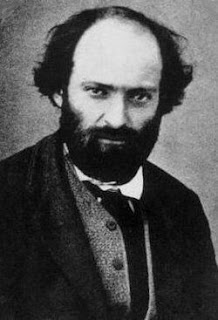 Cezanne, The Father of Cubism

"The greater the artist the greater the doubt; perfect confidence is granted to the less talented as a consolation prize. "As a painter, I become more lucid in front of Nature," Paul Cezanne wrote to his son in 1906, the last year of his life. "But that realization of my sensations is always very painful. I cannot attain the intensity which unfolds to my senses. I don't have that magnificent richness of coloration which animates nature." As Picasso famously said, it's Cezannes anxiety that is so interesting. But not only the anxiety. There are anxious mediocrity's too. It's the achievement that counts. If Cezanne was not a heroic painter, the word means nothing. This was evident to some of his friends and contemporaries, such as Emile Zola. They saw, as later generations have seen, that his painting was also a moral struggle, in which the search for identity fused with the desire to make the strongest possible images of the Other--Nature--under the continuous inspiration and admonishment of an art tradition that he revered. He compared himself, not quite jokingly, to Moses: "I work doggedly, I glimpse the promised land. Will I be like the great Hebrew leader, or will I be able to enter it? "He was indeed the Moses of late 19th century art, the conflicted, inspired, sometimes enraged patriarch who led painting toward Modernism--a deceptive Canaan sometimes, not always flowing with milk and honey, but radically new territory all the same. The essential point, however, is that just as Moses died before reaching Canaan, so Cezanne never lived to see Modernism take hold--and he might not have liked what he saw, had he lived. It used to be one of the standard tropes of art history that Cezanne "begat" Cubism, and it is a fact that no serious painter since 1890 has been able to work without reckoning with Cezanne. But the idea that Cubism completed what Cezanne began is an illusion. It may be that Cezanne was reaching for a kind of expression in painting that did not exist in his time and still does not in ours. Instead of theory, he had "sensation," the experience of being up against the world--fugitive and yet painfully solid, imperious in its thereness and constantly, unrelentingly new. There was painting before Cezanne and painting after him, and they were not the same. But Cezanne's own painting matters more than its consequences. Inevitably, this deep innovator claimed he invented nothing. "In my opinion one doesn't replace the past, one adds a new link to it."Yes and no. Modernism's patriarch. by Robert Hughes, Time, 6/10/96, Vol. 147 Issue 24, p72, 4p, 7c CEZANNE, Paul -- Exhibitions; ART museums -- Pennsylvania -- Philadelphia


Videos and a complete on line text available at
http://art-and-art-history-academy.usefedora.com/
Posted by Kenney Mencher at 5:00 AM