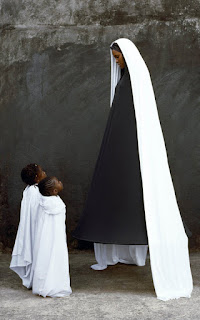 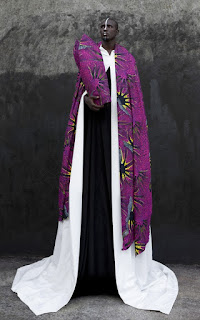 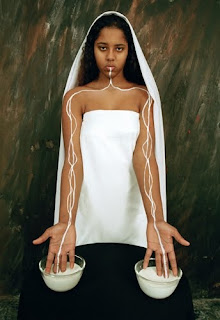 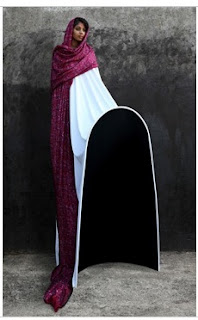 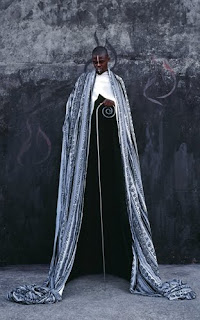 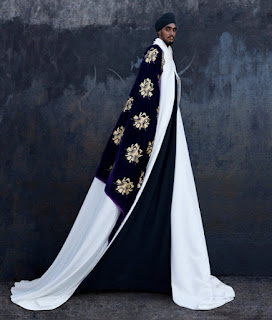 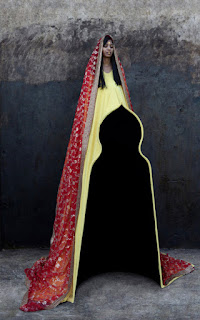 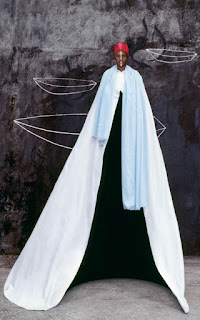 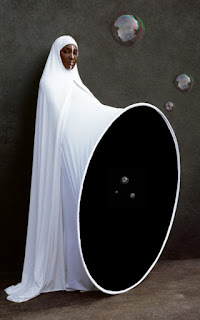 Magical portrait work by Maïmouna Guerresi who was born in Italy as Patrizia Guerresi where she was raised as a Catholic. She later changed her name when she married a Senegalese man, and converted to Sufi Islam. Source:blendimages

The bodies of the people Maïmouna Guerresi photographs—usually friends and family, shot against a wall outside her house in Dakar, Senegal—seem to extend beyond their physical boundaries. Her subjects are shot in costumes that Guerresi constructs herself, often using textiles collected from her travels in Africa and Asia. The outfits are sculptural, almost architectural, creations that fuse the face and limbs of the subject with the space and air around them. Some figures appear to levitate; others seem bodiless, their cloaks encompassing an empty expanse with their heads floating above. The photos are dense with religious allusions, often mixed and melded: a woman’s long, draping robes could be a Muslim head scarf or the veil of a Renaissance Madonna; towering headdresses mimic Islamic minarets, connecting the ground and the sky; a streak of paint running from forehead to chin evokes pre-Islamic native  Source: newyorker
Posted by Kenney Mencher at 9:28 PM