original name ORAZIO LOMI Italian Baroque painter, one of the more important painters who came under the influence of Caravaggio and who was one of the more successful interpreters of his style.
Gentileschi first studied with his half brother Aurelio Lomi. At some time in the late 1570s or early 1580s he went to Rome, where, with the landscape painter Agostino Tassi, he painted frescoes in churches of Santa Maria Maggiore, San Giovanni Laterano, and Santa Nicola in Carcere from about 1590 to 1600, executing figures for Tassi's landscapes. In the first years of the 17th century Gentileschi came under the influence of Caravaggio, also in Rome at the time. His paintings of this period (e.g., "David and Goliath," 1610?, and "St. Cecilia and the Angel," 1610?) employ Caravaggio's use of dramatic, unconventional gesture and monumental composition, his uncompromising realism and contemporary representation of figure types, and to some extent his strong chiaroscuro, or light-and-dark contrast. Shortly afterward Gentileschi developed a Tuscan lyricism foreign to Caravaggio's almost brutal vitality, a lighter palette, and a more precise treatment reminiscent of his Mannerist beginnings. From 1621 to 1623 Gentileschi was in Genoa, where he painted his masterpiece, "The Annunciation" (1623), a work of consummate grace that shows a weakening of Caravaggio's influence. The composition still depends on dramatic gestures, here of the Virgin and the angel, and there is still a strong immediacy to the incident and an absence of idealization. The mood, however, is more restrained and lyrical than in his earlier works, the colours are light, and the earlier chiaroscuro is absent.
After a stay in France, Gentileschi traveled to England in 1626 at the invitation of King Charles I; he remained there as court painter for the rest of his life, his work becoming increasingly conventional and decorative. His last major work is an ambitious series of ceiling paintings for the Queen's House, Greenwich, painted probably after 1635, and now in Marlborough House, London.

Orazio had a daughter named Artemisia (1593-1652/53) who was also a painter. According to the Brittanica,


Italian painter, daughter of Orazio Gentileschi, who was a major follower of the revolutionary Baroque painter Caravaggio. She was an important second-generation proponent of Caravaggio's dramatic realism. A pupil of her father and of his friend, the landscape painter Agostino Tassi, she painted at first in a style indistinguishable from her father's somewhat lyrical interpretation of Caravaggio's example. Her first known work is "Susanna and the Elders" (1610), an accomplished work long attributed to her father. She was raped by Tassi, and, when he did not fulfill his promise to marry her, Orazio Gentileschi in 1612 brought him to trial. During that event she herself was forced to give evidence under torture. She married a Florentine shortly after the trial and joined the Academy of Design in Florence in 1616. While in Florence she began to develop her own distinct style. Her colours are more brilliant than her father's, and she continued to employ the tenebrism made popular by Caravaggio long after her father had abandoned that style. Although her compositions were graceful, she was perhaps the most violent of all the Caravaggisti; she illustrated such subjects as the story from the Apocrypha of Judith, the Jewish heroine, beheading Holofernes, an invading general.
Artemisia Gentileschi was in Rome for a time and also in Venice. About 1630 she moved to Naples and in 1638-39 visited her father in London. There she painted many portraits and quickly surpassed her father's fame. Later, probably in 1640 or 1641, she settled in Naples, but little is known of the final years of her life.

al.le.go.ry n, pl -ries [ME allegorie, fr. L allegoria, fr. Gk allegoria, fr. allegorein to speak figuratively, fr. allos other + -egorein to speak publicly, fr. agora assembly--more at else, agora] (14c) 1: the expression by means of symbolic fictional figures and actions of truths or generalizations about human existence; also: an instance (as in a story or painting) of such expression 2: a symbolic representation: emblem 2 apoc.ry.pha n pl but sing or pl in constr [ML, fr. LL, neut. pl. of apocryphus secret, not canonical, fr. Gk apokryphos obscure, fr. apokryptein to hide away, fr. apo- + kryptein to hide--more at crypt] (14c) 1: writings or statements of dubious authenticity 2 cap a: books included in the Septuagint and Vulgate but excluded from the Jewish and Protestant canons of the Old Testament b: early Christian writings not included in the New Testament
apoc.ry.phal adj (1590) 1: of doubtful authenticity: spurious 2 often cap: of or resembling the Apocrypha syn see fictitious -- apoc.ry.phal.ly adv -- apoc.ry.phal.ness n
ar.ca.di.an adj, often cap (1589) 1: idyllically pastoral; esp: idyllically innocent, simple, or untroubled 2 a: of or relating to Arcadia or the Arcadians b: of or relating to Arcadian Ar.ca.di.an n (1590) 1 often not cap: a person who lives a simple quiet life 2: a native or inhabitant of Arcadia 3: the dialect of ancient Greek used in Arcadia
According to the Brittanica,
Modern Greek ARKADHÍA, mountainous region of the central Peloponnesus of ancient Greece. The pastoral character of Arcadian life together with its isolation partially explains why it was represented as a paradise in Greek and Roman bucolic poetry and in the literature of the Renaissance. The region is not exactly coextensive with the present-day nomós (department) of Arkadhía, which extends on the east to the Gulf of Argolis. The capital of the nomos is Trípolis. 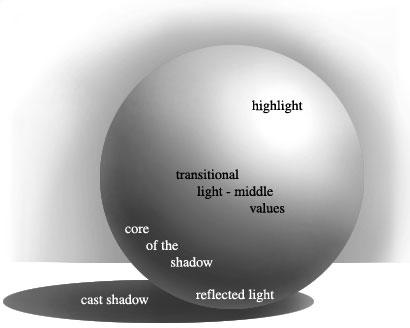 genre n [F, fr. MF, kind, gender--more at gender] (1770) 1: a category of artistic, musical, or literary composition characterized by a particular style, form, or content 2: kind, sort 3: painting that depicts scenes or events from everyday life usu. realistically he.do.nism n [Gk hedone pleasure; akin to Gk hedys sweet--more at sweet] (1856) 1: the doctrine that pleasure or happiness is the sole or chief good in life 2: a way of life based on or suggesting the principles of hedonism -- he.do.nist n -- he.do.nis.tic adj -- he.do.nis.ti.cal.ly adv
neo.clas.sic or neo.clas.si.cal adj (1877): of, relating to, or constituting a revival or adaptation of the classical esp. in literature, music, art, or architecture -- neo.clas.si.cism n -- neo.clas.si.cist n or adj