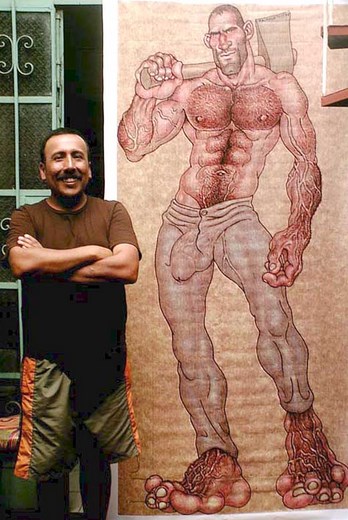 Palanca Feet (Pedro Palanca, November 9, 1968 - July 22, 2014) is a peruvian artist known for his peculiar homo-fetish art, specially concerning male bare feet. At early age, he started creating cartoon characters like Sietepedrito, Draguar, Hunter & Fuxindy and many others that comform a fiction company named Dumbrella. Although some depicts of homoeroticism was inside Dumbrella's Era (bare feet and chest hair, for example), Palanca began making underground erotic drawings in 1982. It wasn't until 1994, after a short summer holiday in Spain when he decided to do something to be shown to the gay public, so his pseudonym was born (Palanca in spanish means lever, crowbar or, in a closer definition, gear shift, although the original name came from a wrestling technique term used for "key"). From 1995 to 2001, Palanca style went from a bit primitive to cartoonish (and that's why his style was easily accepted even by non-gay or non-fetish people). In 2001 Palanca goes to Los Angeles where he meets founder Durk Dehner[1] and curator Steve Sharp at the Tom of Finland Foundation, so he will be present in some events like the Tom of Finland Art Fair, Erotic City and Tom's Bar. He also met filmmaker Chris Maher. In 2007 he was honoured with a Tom's Award. His drawings were published in american magazines FootScene, Sneerzine, Honcho and Inches, and some from Europe, too. 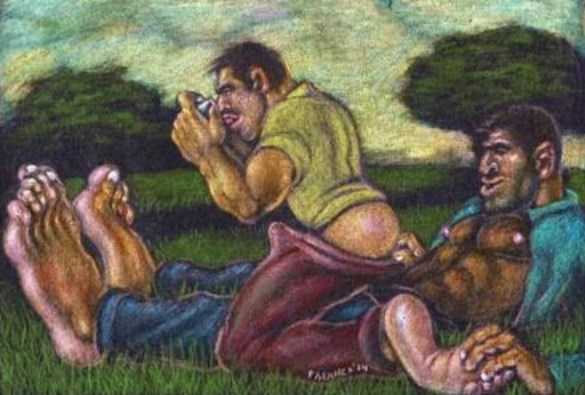 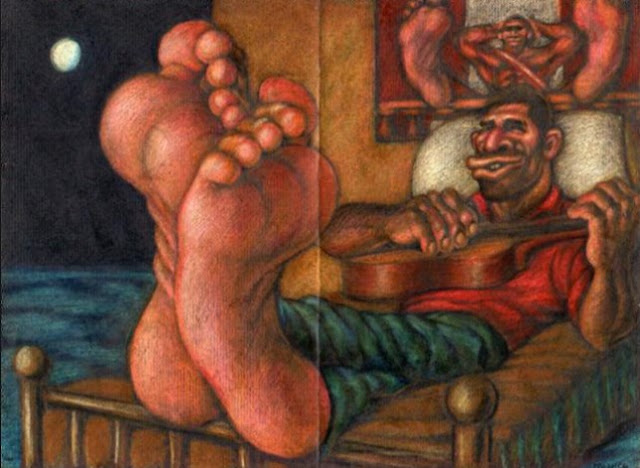 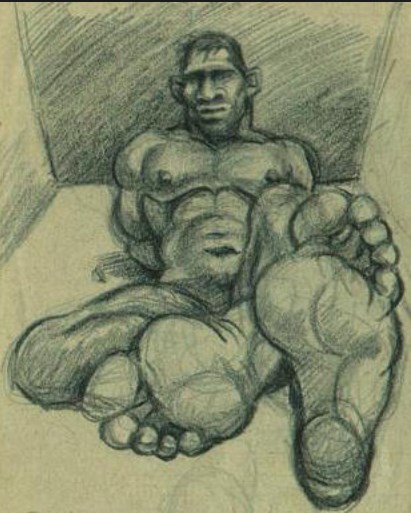 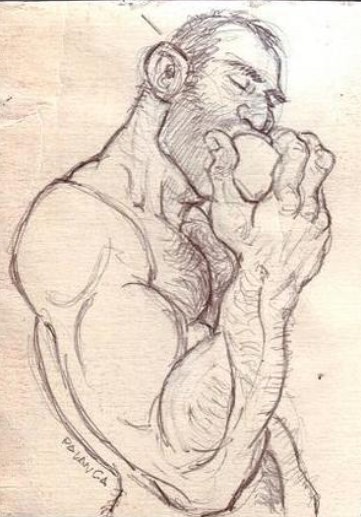 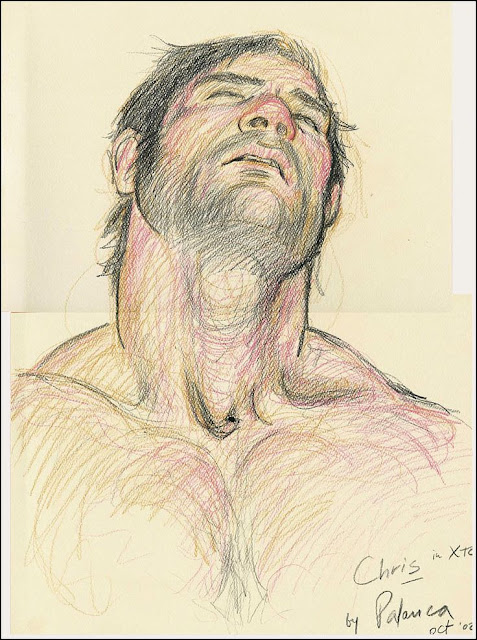 Posted by Kenney Mencher at 6:51 PM