prologos (prologue) This is the opening scene in which the opening monologue or dialogue is presented. This establishes the background information in the play and also introduces the "problem," or outlines the events which are to follow.

parados Also is the name of the wings of the stage on which the chorus stands and comments from. The parados is when the chorus enters chanting a lyric.
episode This is similar to individual acts in a play. These usually consist of dialogues between actors and which are complimented by choral odes known as the stasimon.

stasimon The choral ode that usually comes at the end of each episode. It is a type narrative in which the chorus summarizes the action and hints at what will happen next.

exodos This is the last stasimon which accompanies the action and the ceremonial exit of the actors from the stage. 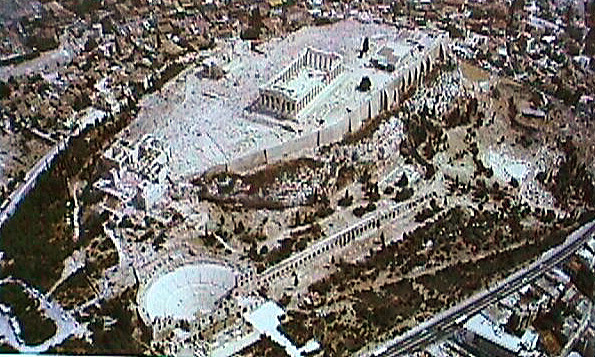 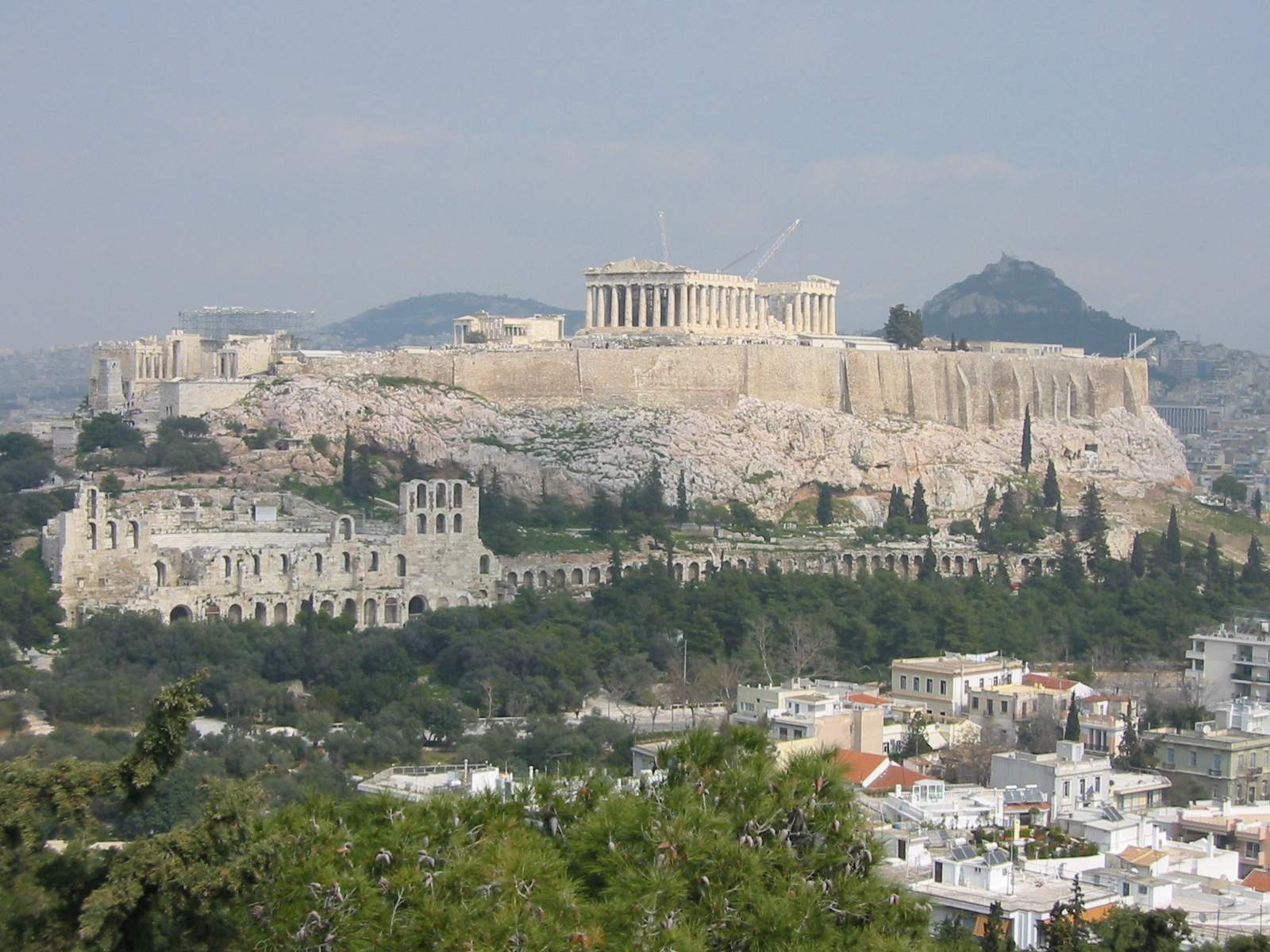 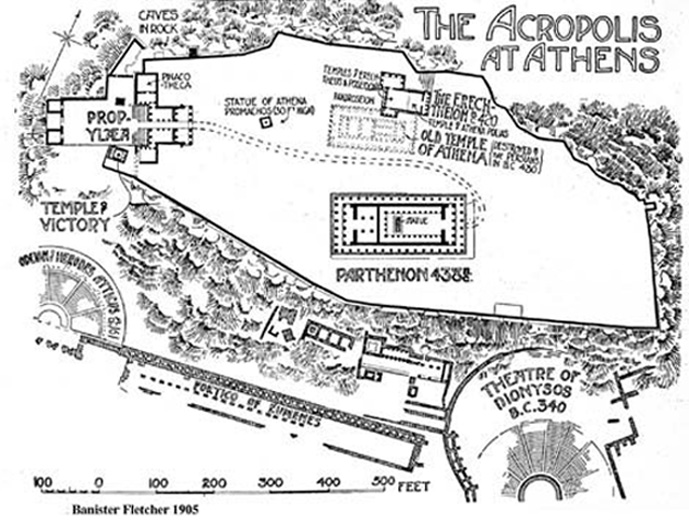 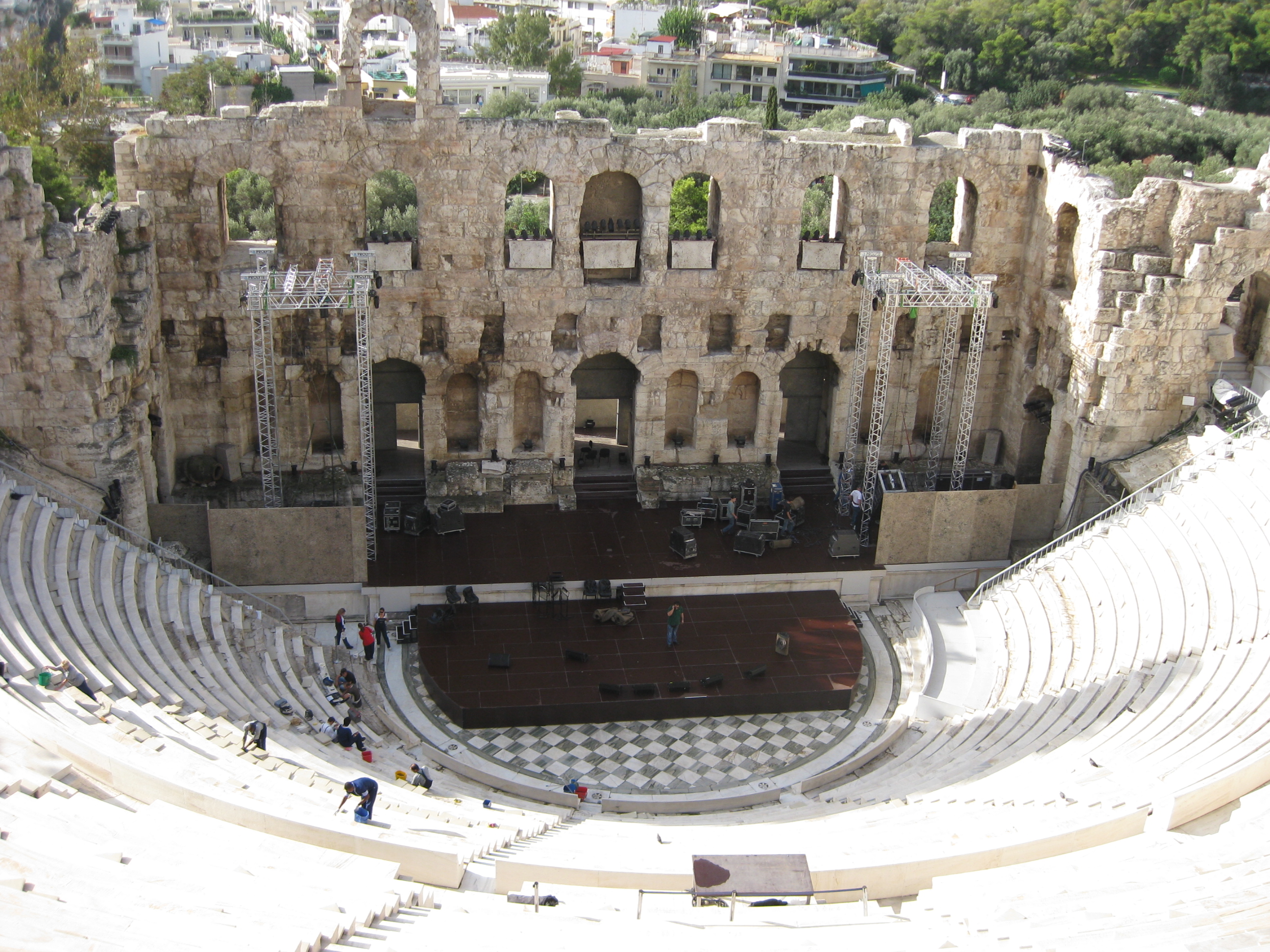 Aristotle's Six Parts of a Tragedy

Everything the audience needs to know to understand the play. "antecedent action" (everything that has happened before the play begins)? and how is it revealed? "point of attack" The point in the play in which things change.

2. Conflict -- the clash of opposing forces man vs. self, man, environment, natural forces, group, God, or group vs. group.

3. Climax -- the point at which one or the other of the forces is favored; the point at which events must turn in one direction or another. Not necessarily the "high point" Falling Action 4. Resolution / Denouement -- whatever comes after the climax.

Not always resolved satisfactorily:  the "deus ex machina":  -- god of the machine -- a contrived or unrealistic or unbelievable ending / resolution.

2. CHARACTER: the essences of human behavior.

Protagonist -- "agon" = struggle; the pro side of the struggle -- often used to refer to the lead character in a tragedy Antagonist -- the anti side of the struggle -- often the bad guy, but could be anyone / thing that struggles against the protagonist.
Foil:  reveals some aspects of the main characters by having similar or different circumstances or by behaving similarly or differently
Stock characters --  exemplify one particular characteristic, as in commedia dell' arte.
Type -- a character who is larger than life -- as opposed to a "real" or life-like individual.


The idea, theme ("the me") of the play.
It is often allegorical or symbolic sometimes direct, sometimes indirect.

Plays may often be written about an idea, but the playwright will probably focus more on plot and character to get idea across -- plays are seldom about an idea. In production, directors seldom try to direct the idea--it is the other values that will get the idea across (tho' sometimes the idea will not be obvious / overt).


Language is used to:


The most immediate element
--appropriate and distinctive (but perhaps least important for the "drama / play"). 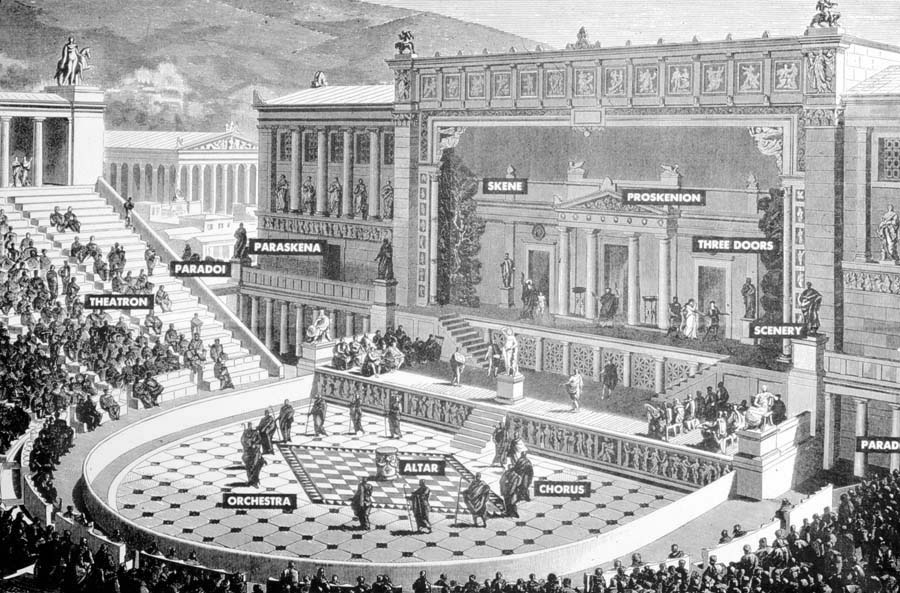 The Oresteia Agamemnon part 1 by Aeschylus