#3 Marketing your Art: If you want to sell art, you should buy some art to see how it feels.

In my last two blog posts I suggested that quality of artwork was the most important thing that you could start with in terms of marketing your art. Just to insert a quick aside into this post, I also suggest that you buy some art from other artists to see how it feels for the customer who is buying art online or in an art gallery. If you bought art from someone else and you had to spend money on it you’ll get a good idea of how it feels to have to part with that money. 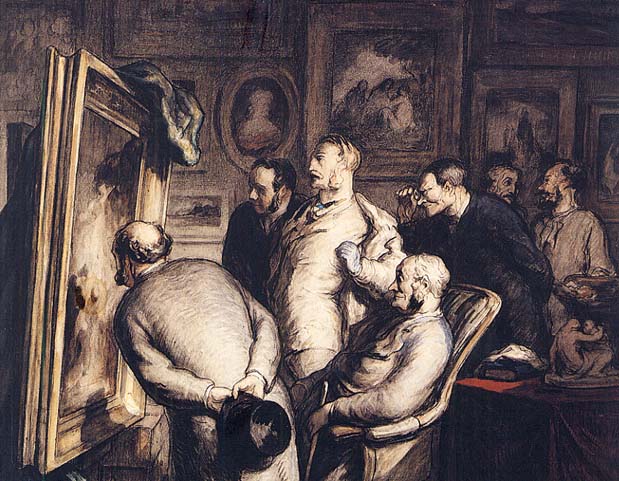 I think it problem that most of us have is that we actually believe that somehow our art is more special than other people’s art. This may not be the case. Developing a sense of what it’s like on the other side of the purchase will help you to understand how hard it is to actually push the button or pull the trigger on a purchase. Meaning you’ll understand how hard it is to actually spend some money on art.

My own personal anecdotes about buying art have a lot to do with seeing someone’s art that I thought was incredibly powerful and longing to own it but not having enough money to buy it. One example of this is that around 25 years ago when I was in graduate school I visited an artist studio. The artist who I’m still friends with is named David Tomb.  (http://davidtomb.com/)

David’s work was so incredible to me and so head and shoulders above everything that I ever did that I totally wanted to own a piece. I had been to some of his shows in San Francisco at important art galleries. So when his girlfriend invited me for a studio visit I was in awe of his work. I didn’t have a lot of money because I was still in school and I asked him if I could buy one. At that point I didn’t even know which one I wanted I just knew that I wanted to own a piece of art by the guy. I offered him $200 because that was the limit that I could afford and I figured it was the least offending amount. He accepted, and I walked out of his studio with the piece of art, but I didn’t have my checkbook or any cash on me and I still hadn’t paid.

A couple of weeks later, his girlfriend asked me to write him a check, it was really painful writing a check for $200 to someone for their art when I wasn’t selling any of my own and I found myself feeling envious, a little offended that I had to pay money, and I also realized how he must feel having not gotten a check in a timely manner. It taught me what it felt like to part with the money and how he must’ve felt, embarrassed probably to have to ask me for the money through his girlfriend. Since then I’ve consistently had people ask to buy artwork from me and ask for me to do commissions. I’ve been trying to get my head around doing commissions because they’re harder than making art that just comes from me. I’ve been doing it, but often, after I’ve made the art people have a hard time going to the website where I sell the art, Etsy.com, and actually paying for it even though they commissioned the work. It’s a kind of friction that people don’t expect to have when they ask to have a piece of art made. When this happens I always think about how hard it was for me to buy a work of art and so I have empathy for those people.

So over the last 25 years or so my wife and I have amassed a small collection of art that I really like. What I’ve noticed is that I sometimes feel angry that I have to pay more for someone else’s art than I pay for my own. There’s a little devil on my shoulder saying, “why is this artists work worth more than mine?” And I always have to think about what it must feel like for other people to spend money on my work. My compromise, is that I have a price point that I’m willing to pay for art and the limit of what I’m willing to pay is usually in the $50-$300 range. This limits the kind of art I can buy but it also means I can buy more art. Sometimes I buy are online and am a little disappointed with it and the quality of the art doesn’t stand up to close scrutiny. Other things that can bug me are that sometimes people don’t pack the art well and I’ve gotten works of art that have been damaged in shipping.

The take away that I want you to have from my comments above is that to be an artist I think it’s important to experience the process of buying art from both sides.
Posted by Kenney Mencher at 9:31 AM