Posted by Kenney Mencher at 3:01 PM No comments:

Some Halloween Monsters in Honor of Upcoming October, Frankenstein, bride of Frankenstein, The Phantom of the Opera, a big bug creature, and of course Dracula

All are available on etsy for $28 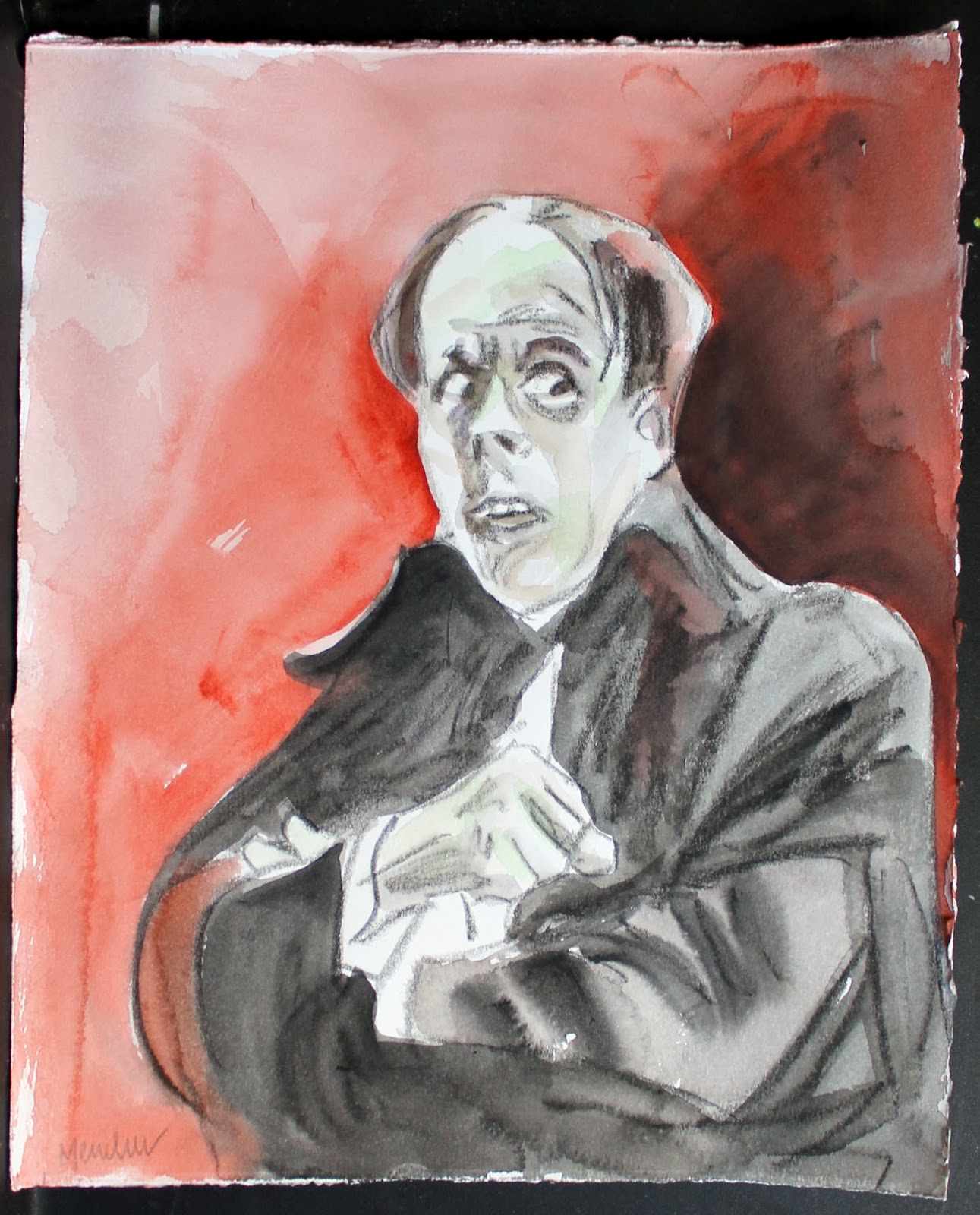 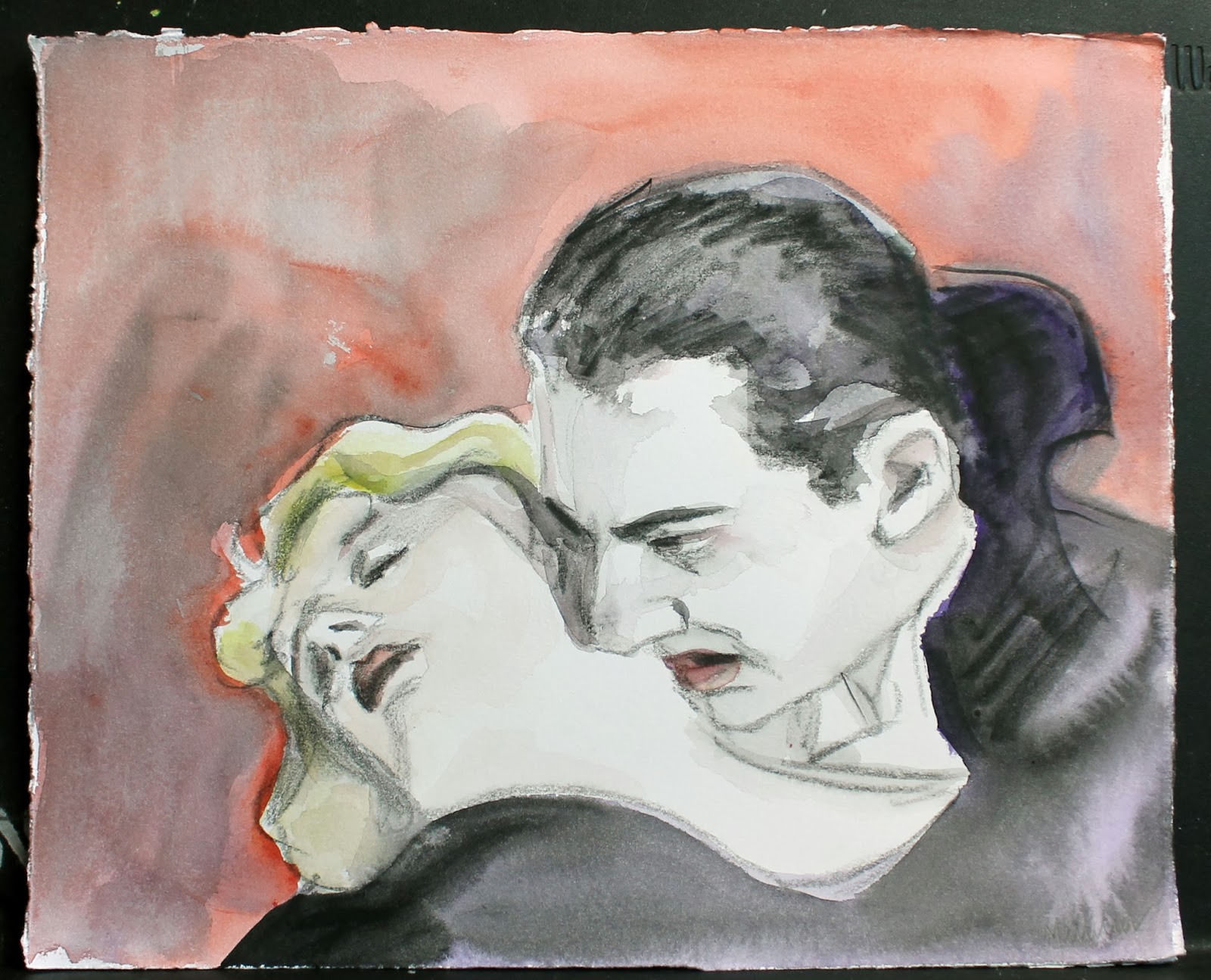 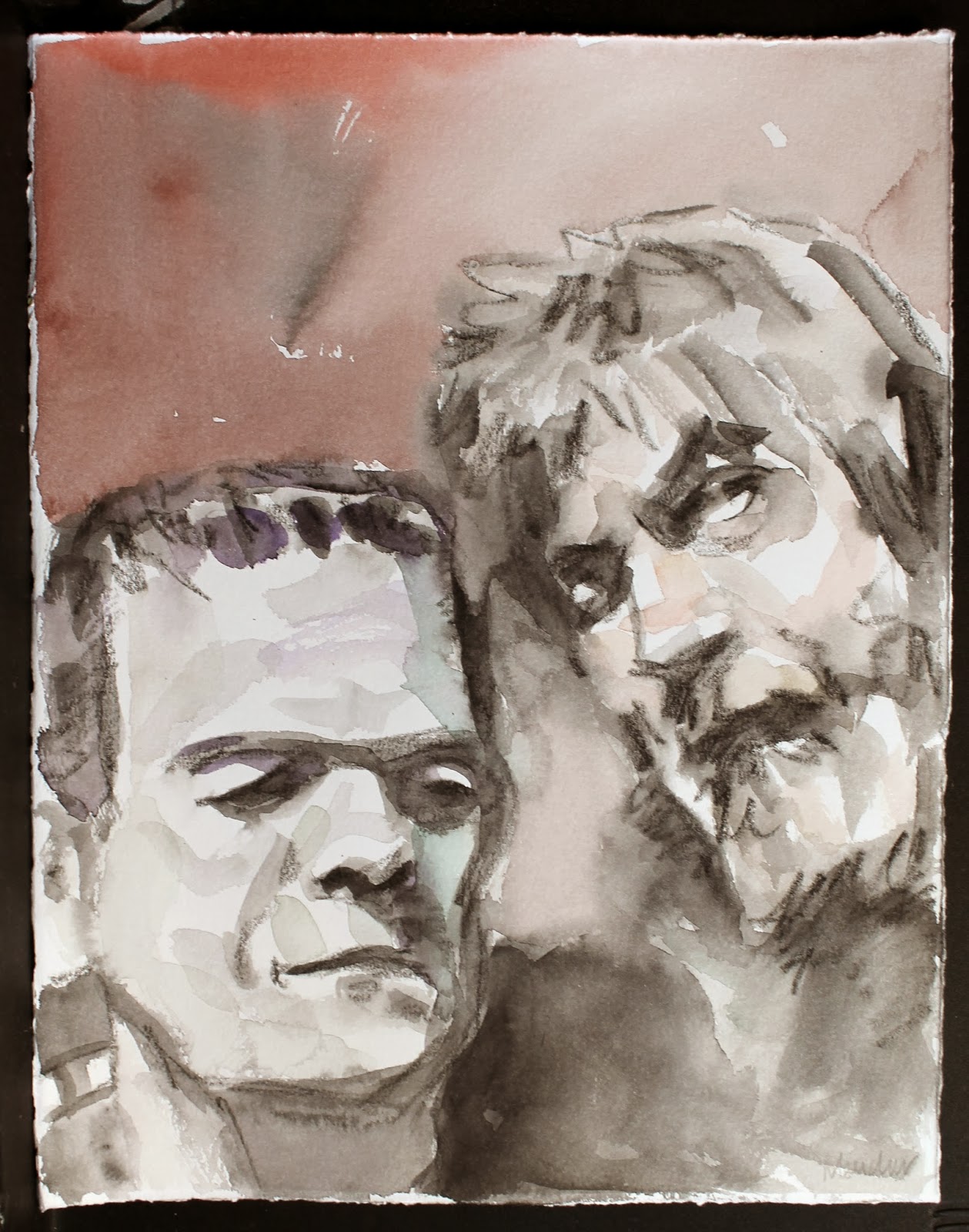 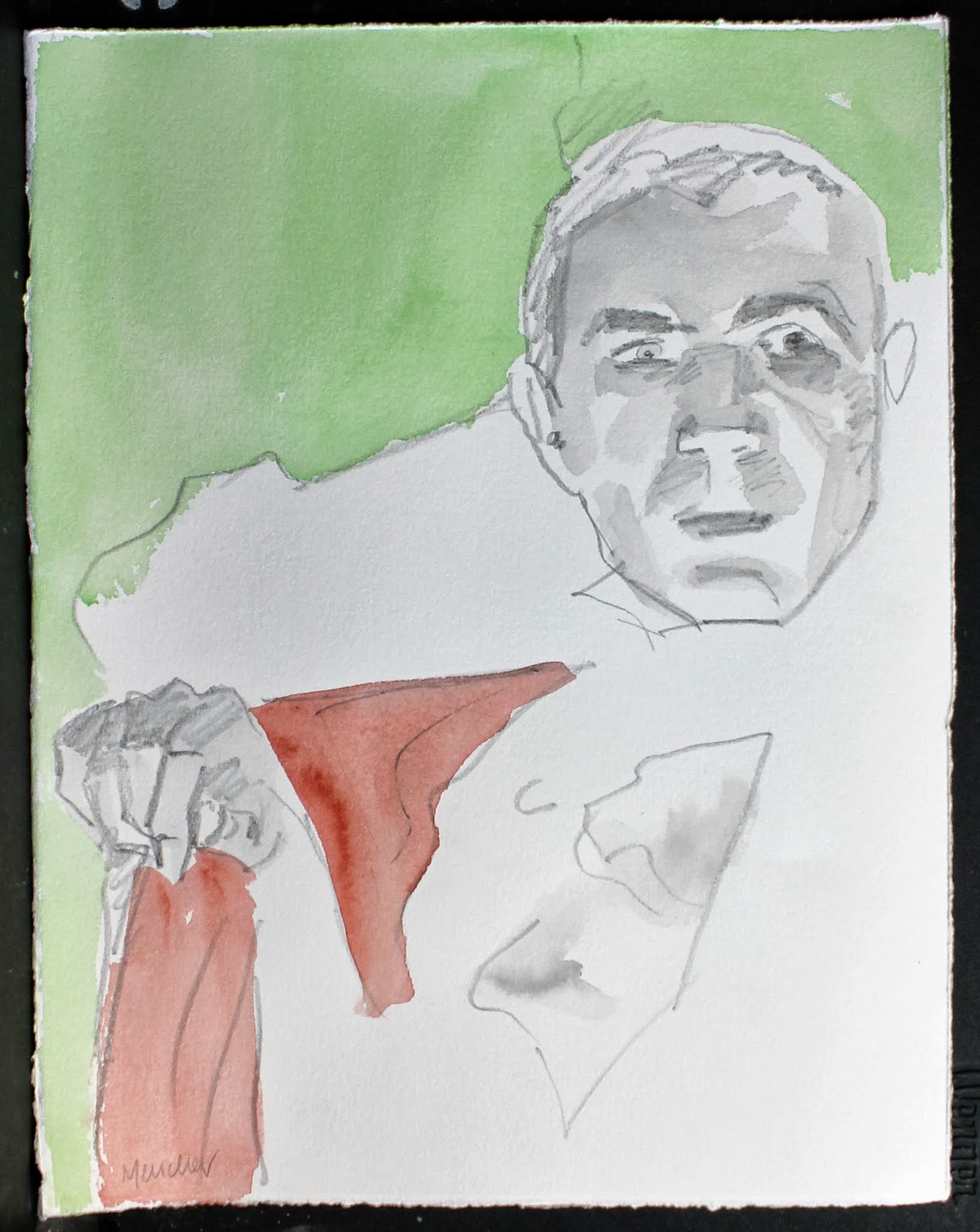 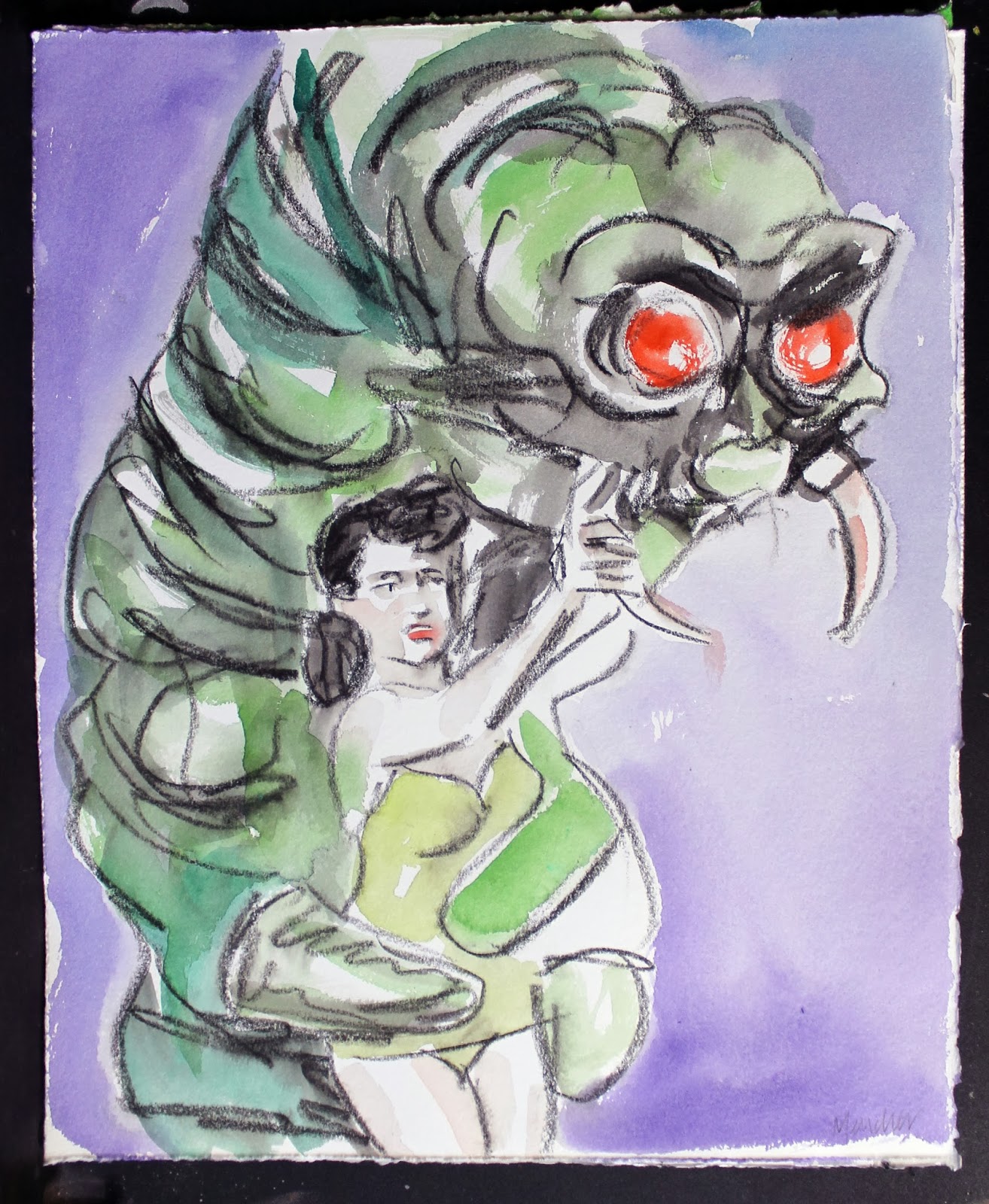 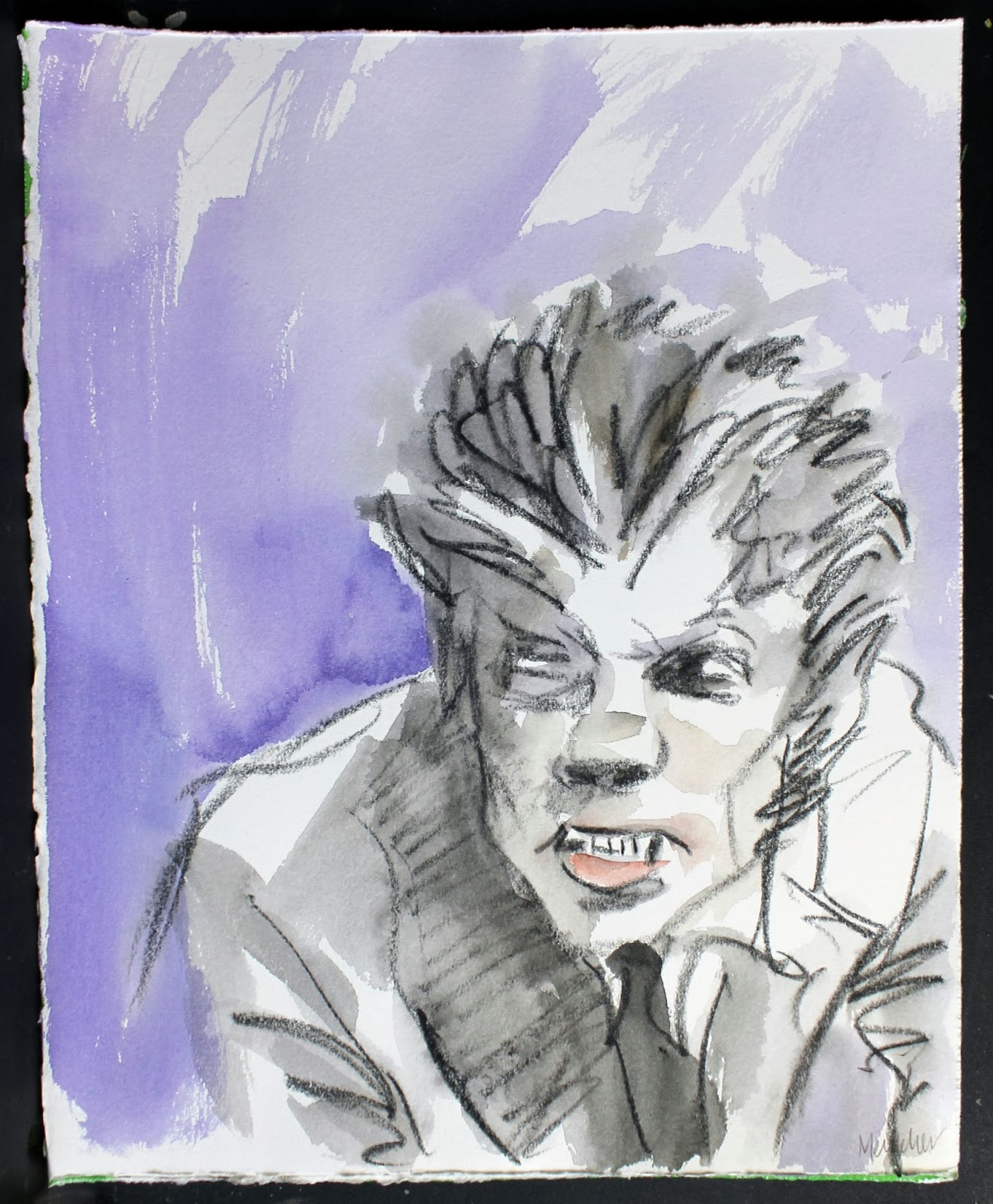 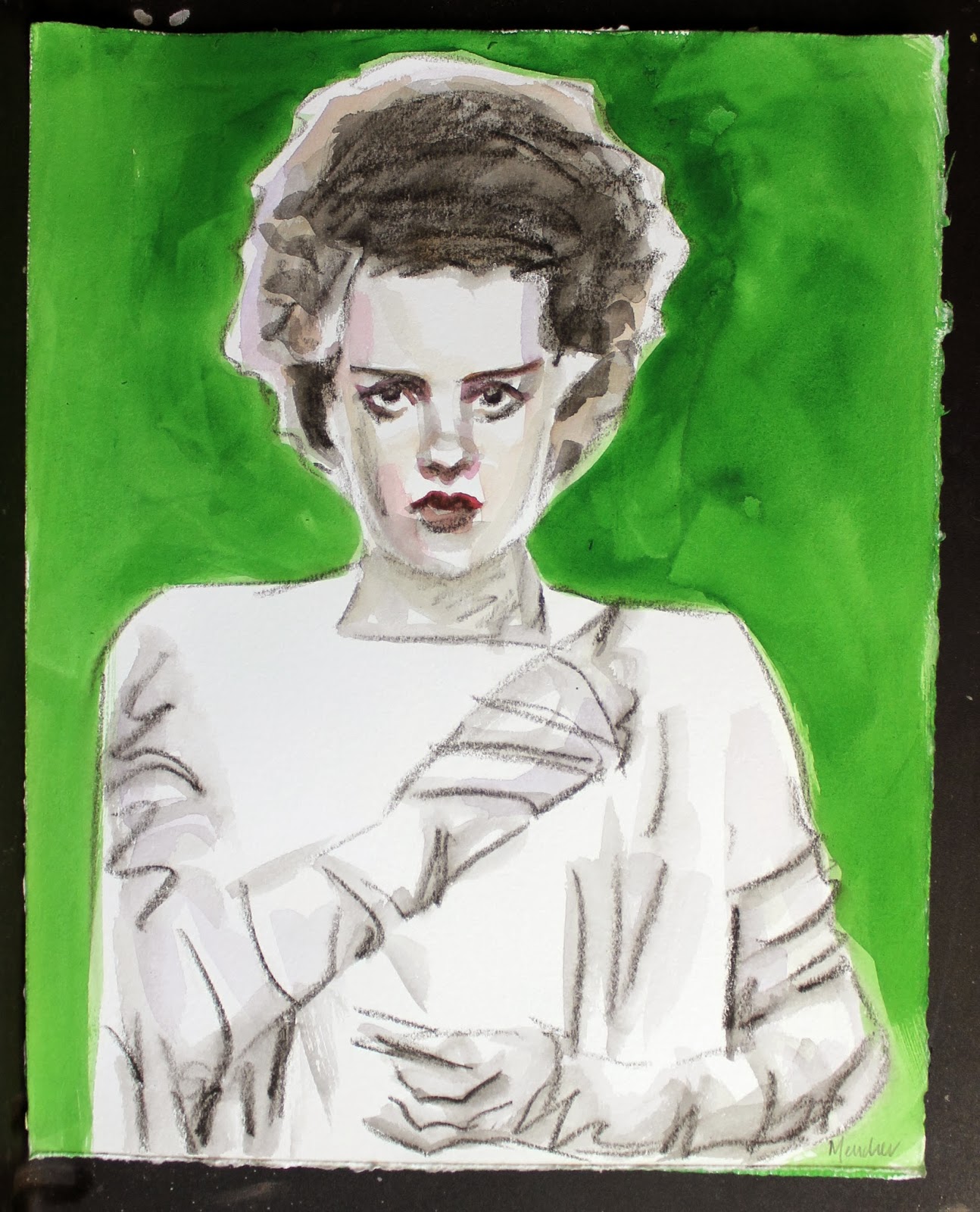 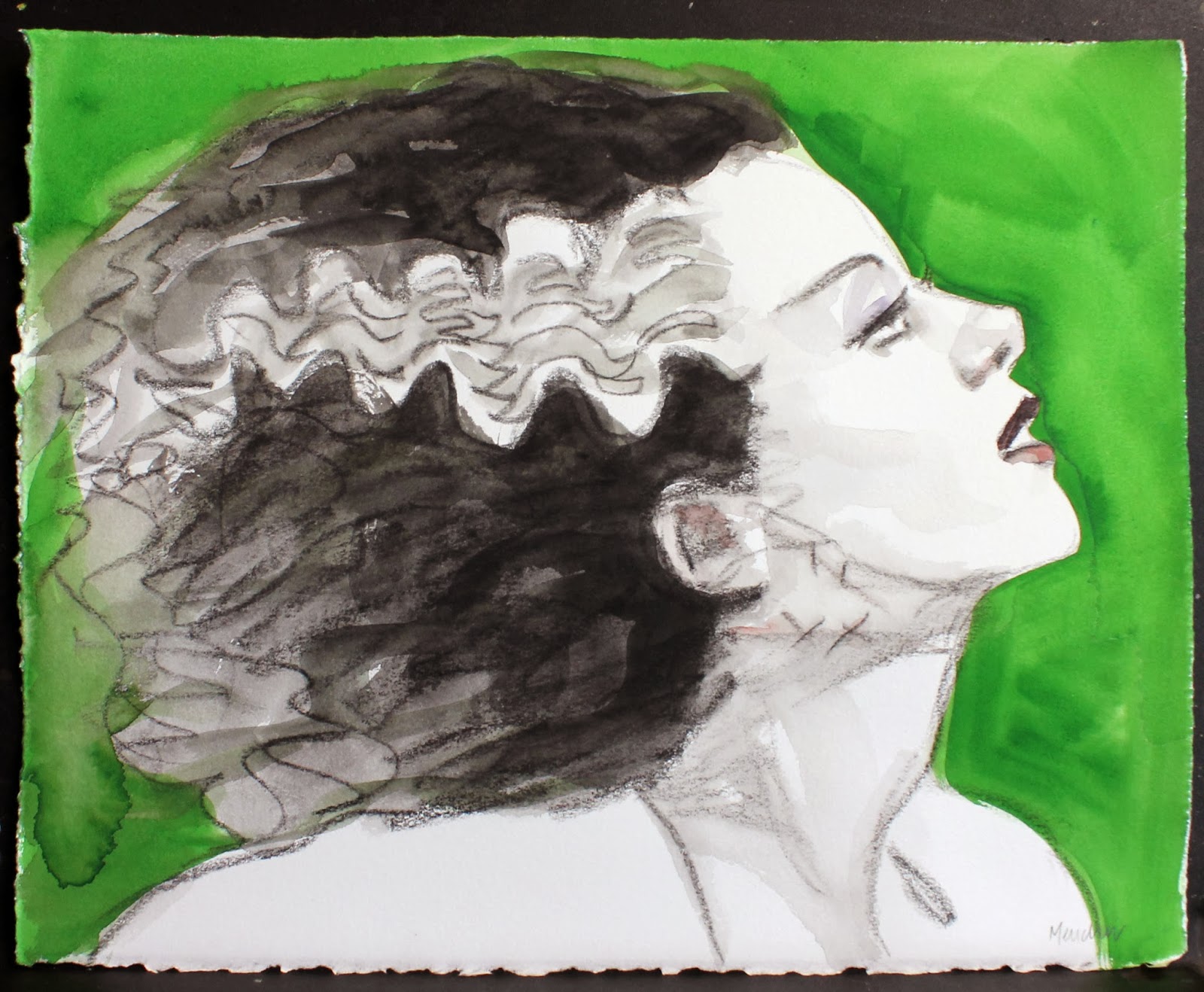 Posted by Kenney Mencher at 10:32 AM No comments:

The 50¢ Tabernacle on Sunday, October 6th, here at Yerba Buena Center for the Arts.


We would like to welcome you all to The 50¢ Tabernacle on Sunday, October 6th, here at Yerba Buena Center for the Arts. We are offering five one hour dance classes for only 50¢ - a ridiculously inexpensive bargain for high quality dance!

The 50 Cent Tabernacle will have five cutting edge Bay Area choreographers who will teach a range of unique styles that embody the African Diaspora. You can see more information on our flyers and our Facebook (see below). Please spread the word to your students and colleagues! It would be much appreciated and we hope to see you all there on this day of dance and live drumming! Thank You!

SAVE THE DATE FOR THE 50 CENT TABERNACLE ON FACEBOOK:
Posted by Kenney Mencher at 2:32 PM No comments:

A Rant about Teaching and Attendance

When I first started teaching almost about 20 years ago I was a bit of a monster. In the last 5 to 7 years I've kind of relaxed a little bit about picking on students for attendance and for showing up and even where they sit in the class. Last year it really seem to work in a notice the students had really great grades.

I just went through my grade books. A lot of students haven't been showing up in a lot of students failed the first midterm. It's kind of freaking me out. Does this mean I have to go back to being a nasty little troll and yelling at the students about whether or not they come to class in order to be an effective teacher. Does this mean have to suffer from heart disease to be a good teacher?

Other teachers what you think?
Posted by Kenney Mencher at 11:08 AM No comments:

Some of My Latest Work for Sale

Posted by Kenney Mencher at 1:47 PM No comments: 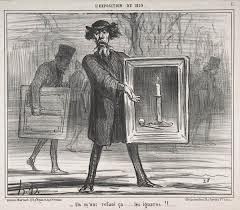 Today I just judged it art show at the Adobe art gallery in California.

It got me to thinking. When judging art show a necessary part is to delete or get rid of a bunch of the work so that the show is not overhung. This means that they're counting on the judge to judge quality. Well I have a criterion for which I judge work. However, my tastes might not be the tastes of other people. And in some ways that doesn't mean that my taste is better than someone else's it literally means that someone else thinks that my taste is better than other peoples. Probably part of this has to do with my credentials as an art historian and also as an artist. I was asked to write a statement that explained how I picked the work for the show and how I awarded the awards. Here it is.

The first thing I want essays don’t give up. I know a lot of artists feel that other people don’t understand their work or don’t appreciate their work. That’s probably true. However it doesn’t mean that no one appreciates your work. Or that you can’t sell it. After all Babe Ruth and Ty Cobb set the record for strikeouts as well as home runs. In fact really good ballplayers usually have a higher strikeout record sometimes as much as triple to quadruple the amount of strikeouts as a have two runs batted in. So I guess that when I’m trying to say is that you just have to keep trying even if you didn’t get into a show or gallery rejects you. It certainly doesn’t mean that you’re not good enough and it also doesn’t mean that that person understands what you’re doing and that includes me when I looked at the show.

So here’s my criterion for judging work in this show.

First, I approached judging a show from a formal point of view. This means I look at the work from a physical point of view. I look to see how good the anatomy in the drawing of human figures is, the handling of the materials and techniques, and this includes color line light shade form. So this means some things about a drawing or painting or photograph or sculpture may appeal to me but not appeal to someone else and vice versa. Breaking this down a little bit further, I’m really looking for someone who understands composition, so if the composition is symmetrical and it looks like that’s all the artist can do or that they didn’t understand why they were making the composition symmetrical I may for that work of art out just because that’s my personal taste. I’m also big fan of shading and paint handling. So when I look at shading I am really looking for a lot of transitions of tone and heavy chiaroscuro. Other people might not like that kind of stuff. Likewise with paint handling I’m looking for some calligraphy and some bravura in the paint handling.

Second, I’m looking at the iconography and/or subject matter of a work of art. So the first thing I throw out is something that looks cliché or trite to me. As a trained art historian I can really see what people are referencing and I feel that if they’re copying rather than referencing in an intelligent way a lot of times I won’t pick that piece of work for show. The meaning of the work of art really matters to me and it has to be complex and interesting and thoughtful. So, that may mean that I don’t understand what you’re trying to say in your art. That doesn’t mean that you are not communicating it clearly. It just means that I didn’t get what you’re trying to say or maybe I didn’t even like what you’re trying to say. I’m one person my opinion could matter to you but I’d like to suggest that maybe it should matter is much as you wanted or think it does. 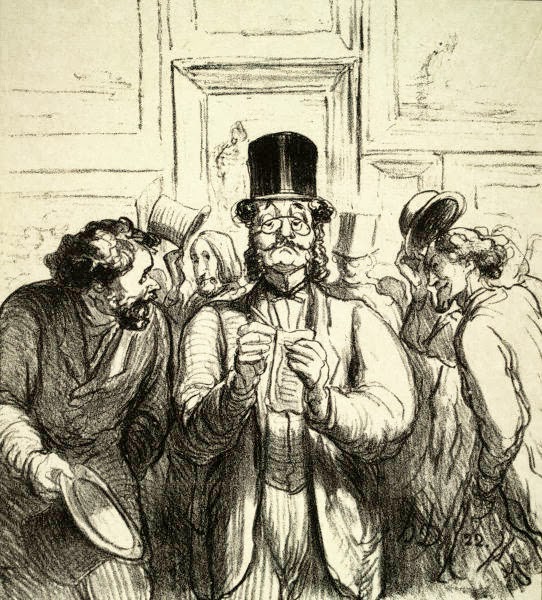 Third, in my last criterion for judging work, is how will that work fits in with the context of the show that I’m judging. What this means to me in terms of the Adobe art gallery, is that I wanted to fit in with the show and show the community what I think the best is. This means that I’m looking for the first two categories first and hoping that they would be a good example for other people in the community to aspire to according to my value system. This may not be your value system. I think community arts centers are great places to exhibit your work and to get other people’s opinions. They’re a great welcoming and friendly environment, and so I’m looking for themes ideas and techniques that I hope the rest of the community will appreciate and values that I would like to promote.

In conclusion, I think anybody who tries to exhibit their work is a hero and if you didn’t get in this time try again and compare your work to the work that got into the show. Think about what that work exhibited to other people might mean and how well executed is. If you value my opinion, which you don’t have to, try to aspire to the level that those artists who got into the show have reached and also really try to aspire to the people that I chose as being excellent in the show. 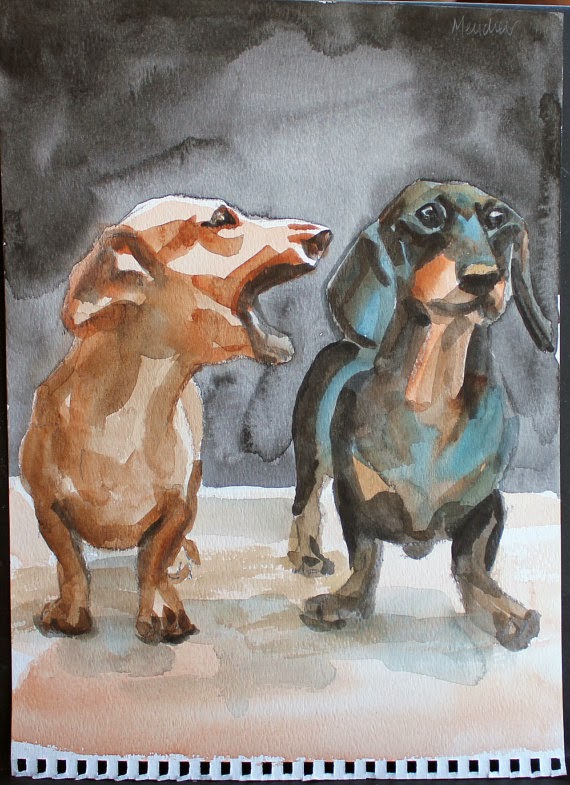 Posted by Kenney Mencher at 1:39 PM No comments: 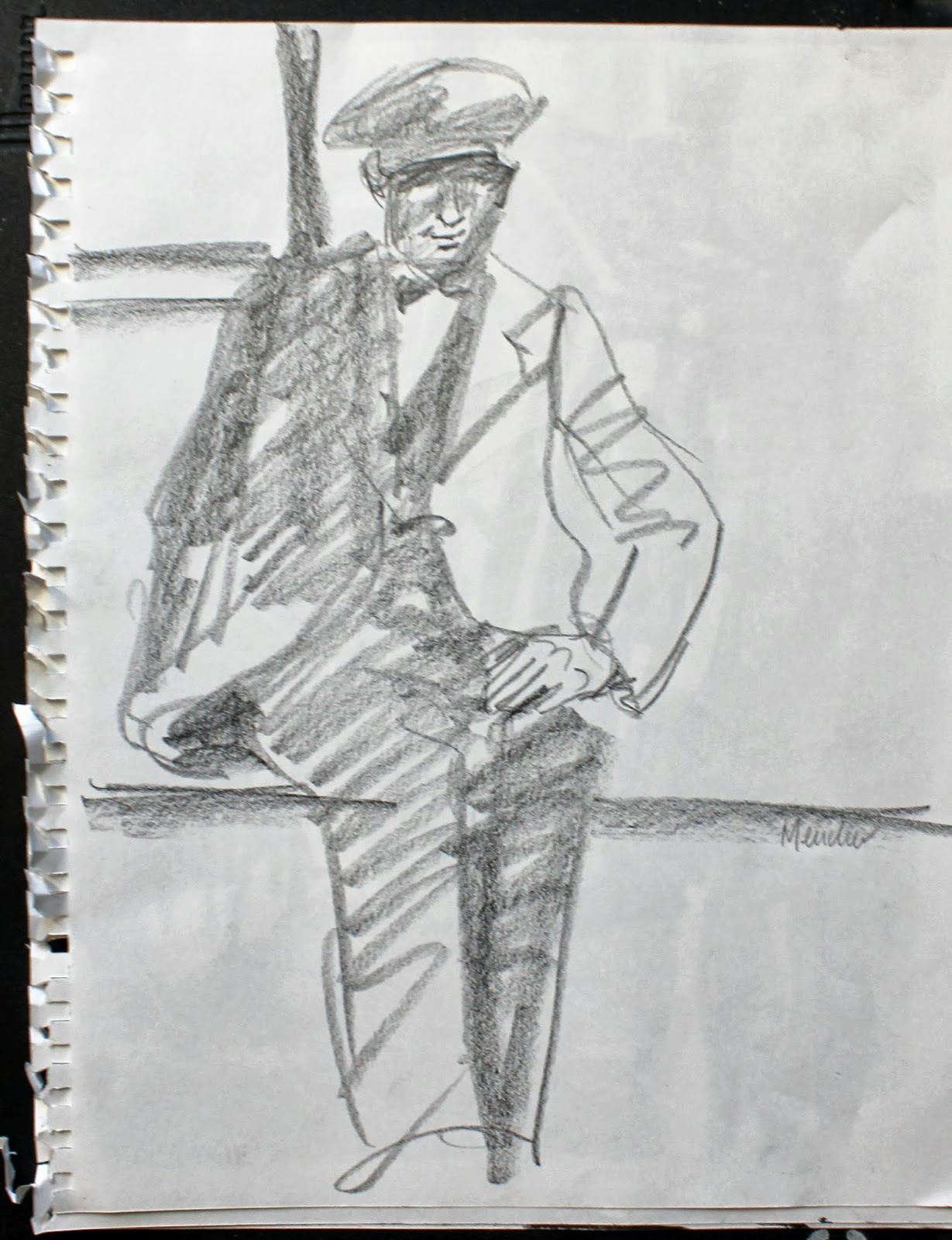 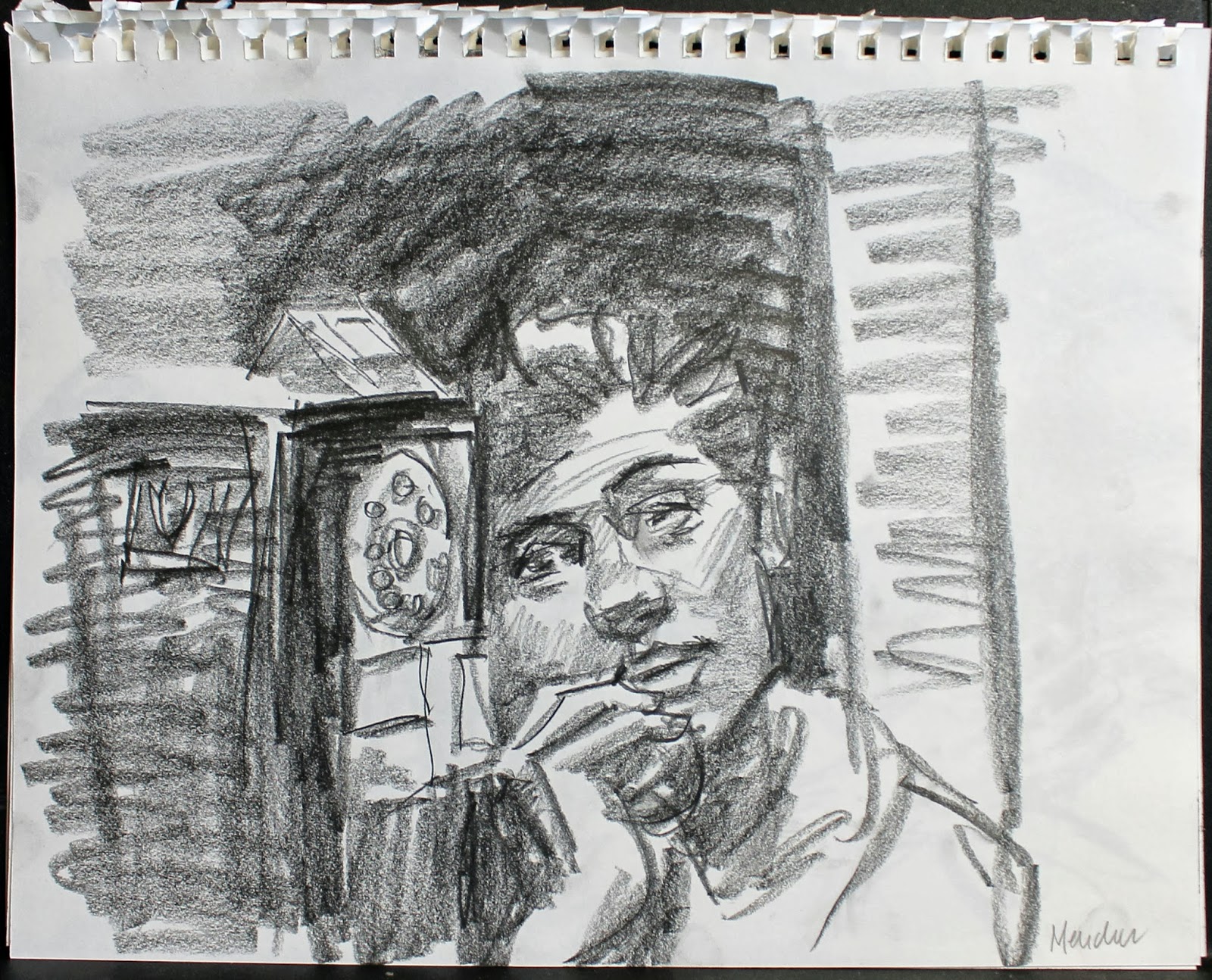 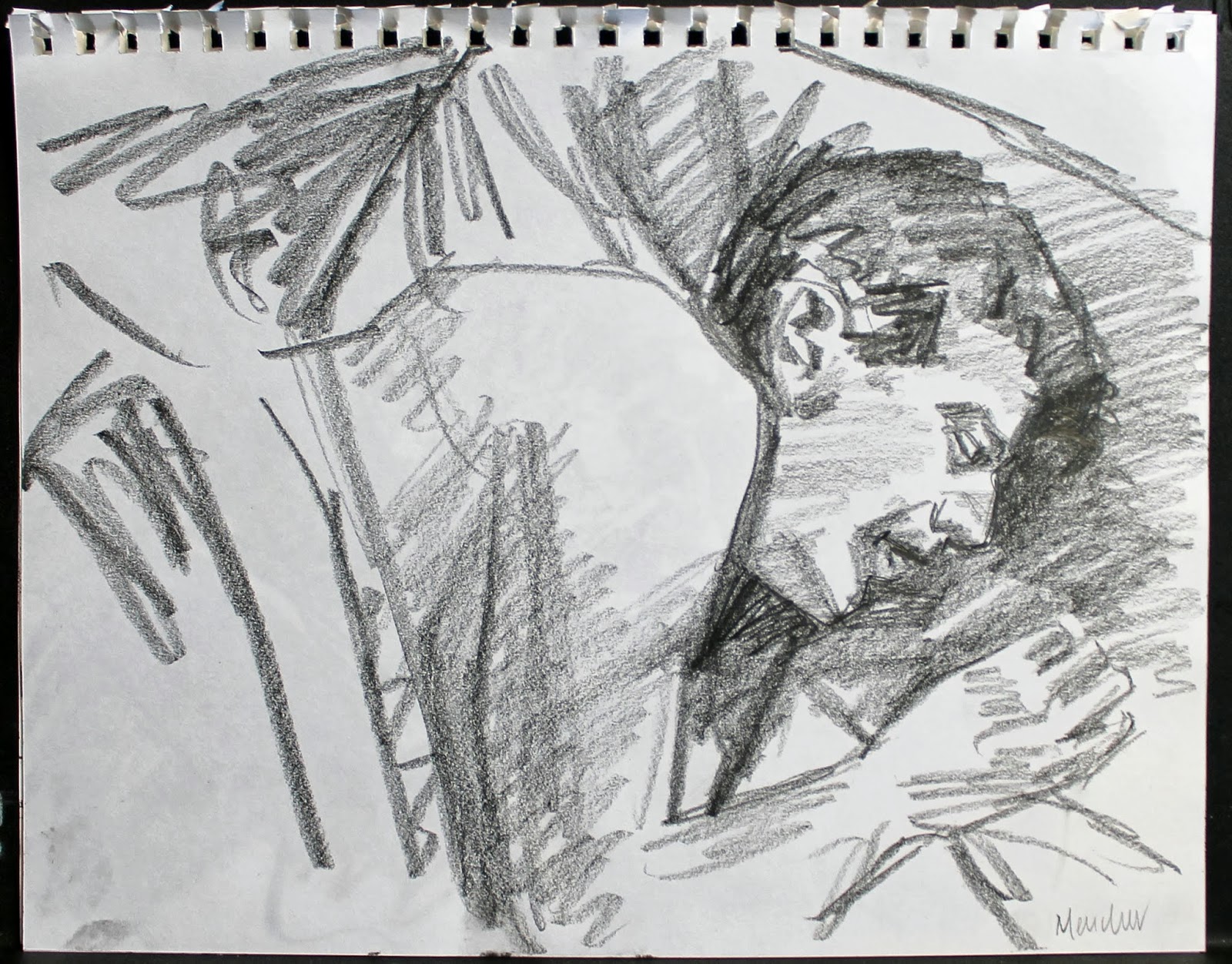 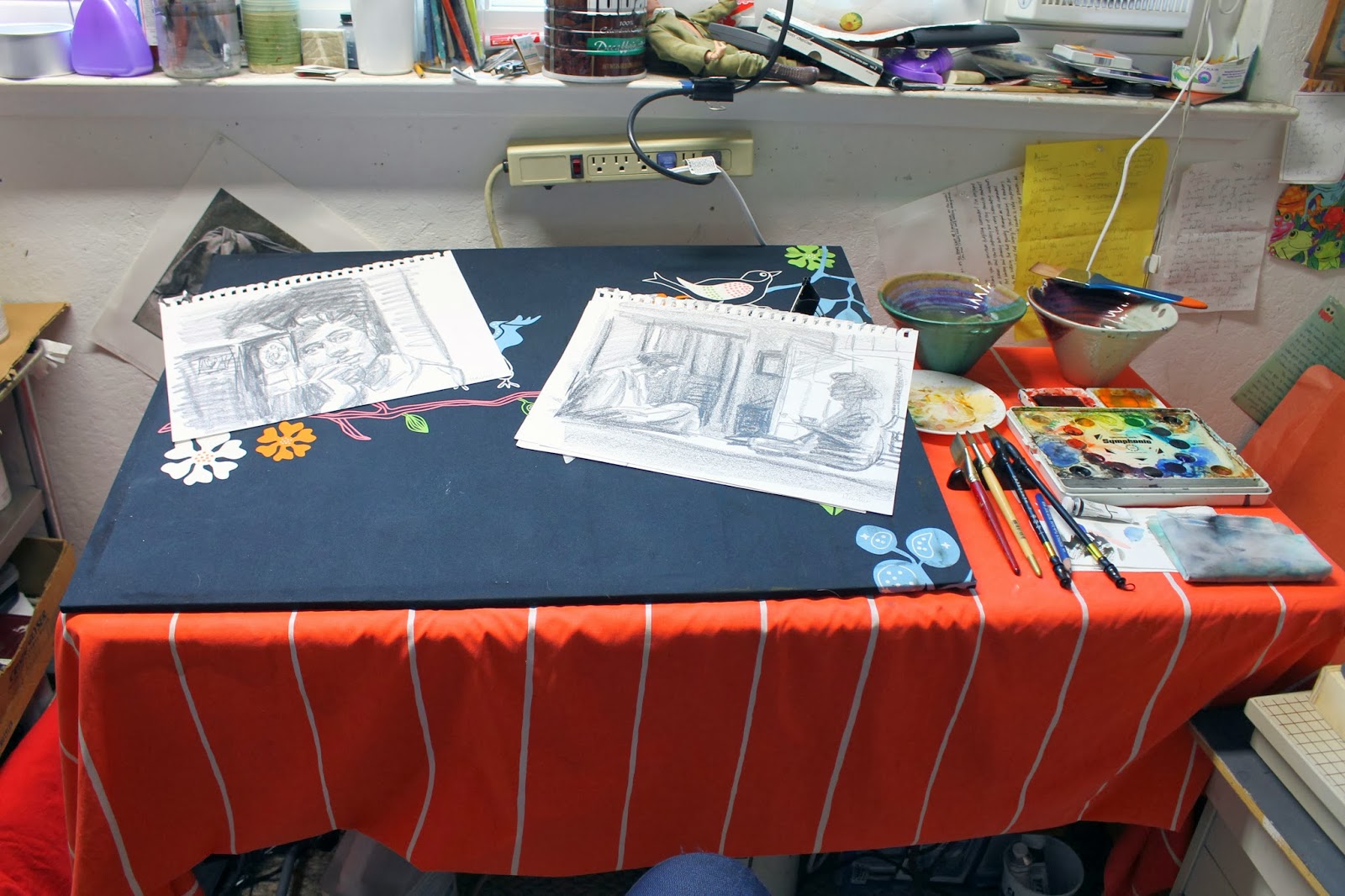 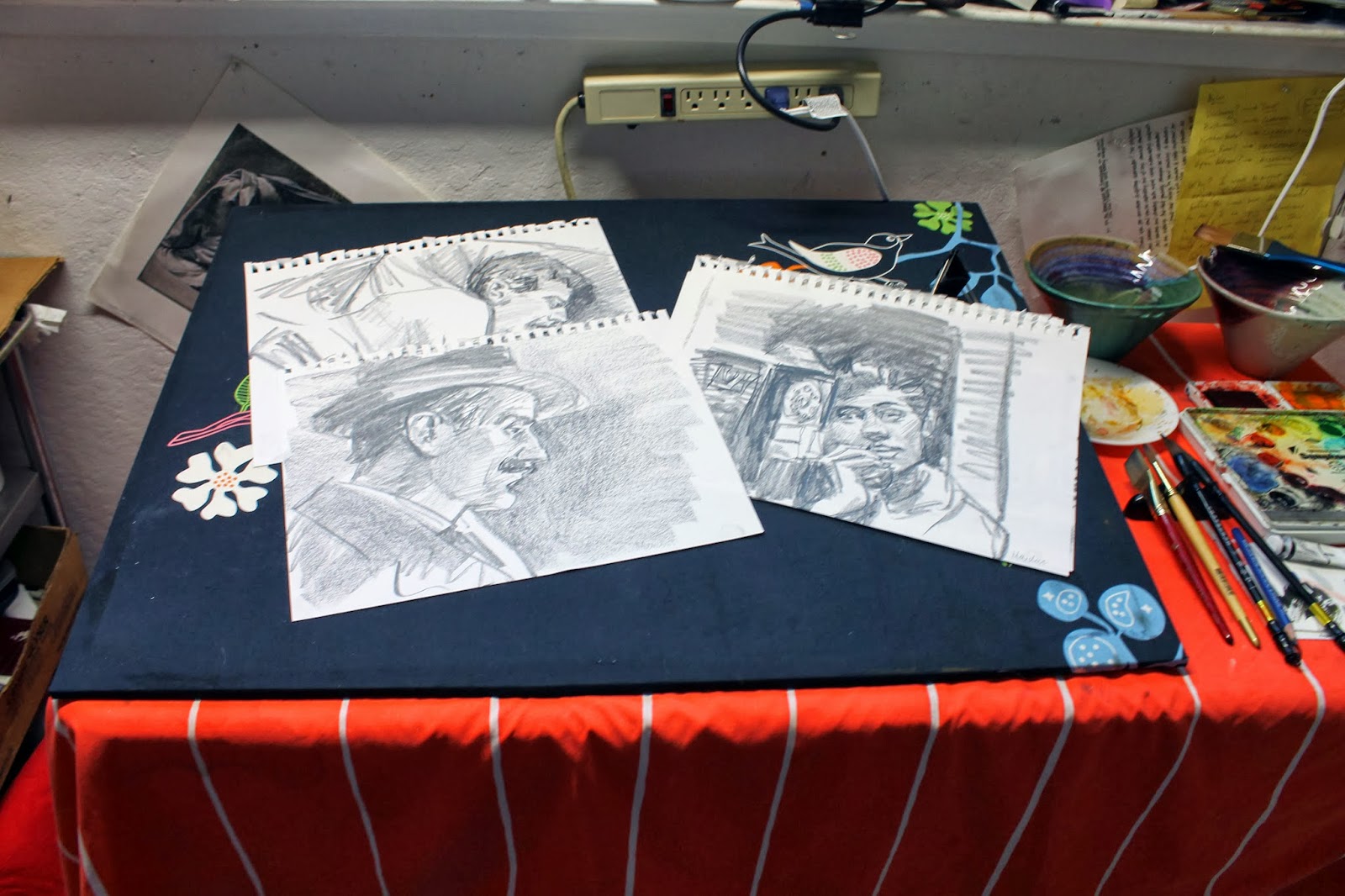 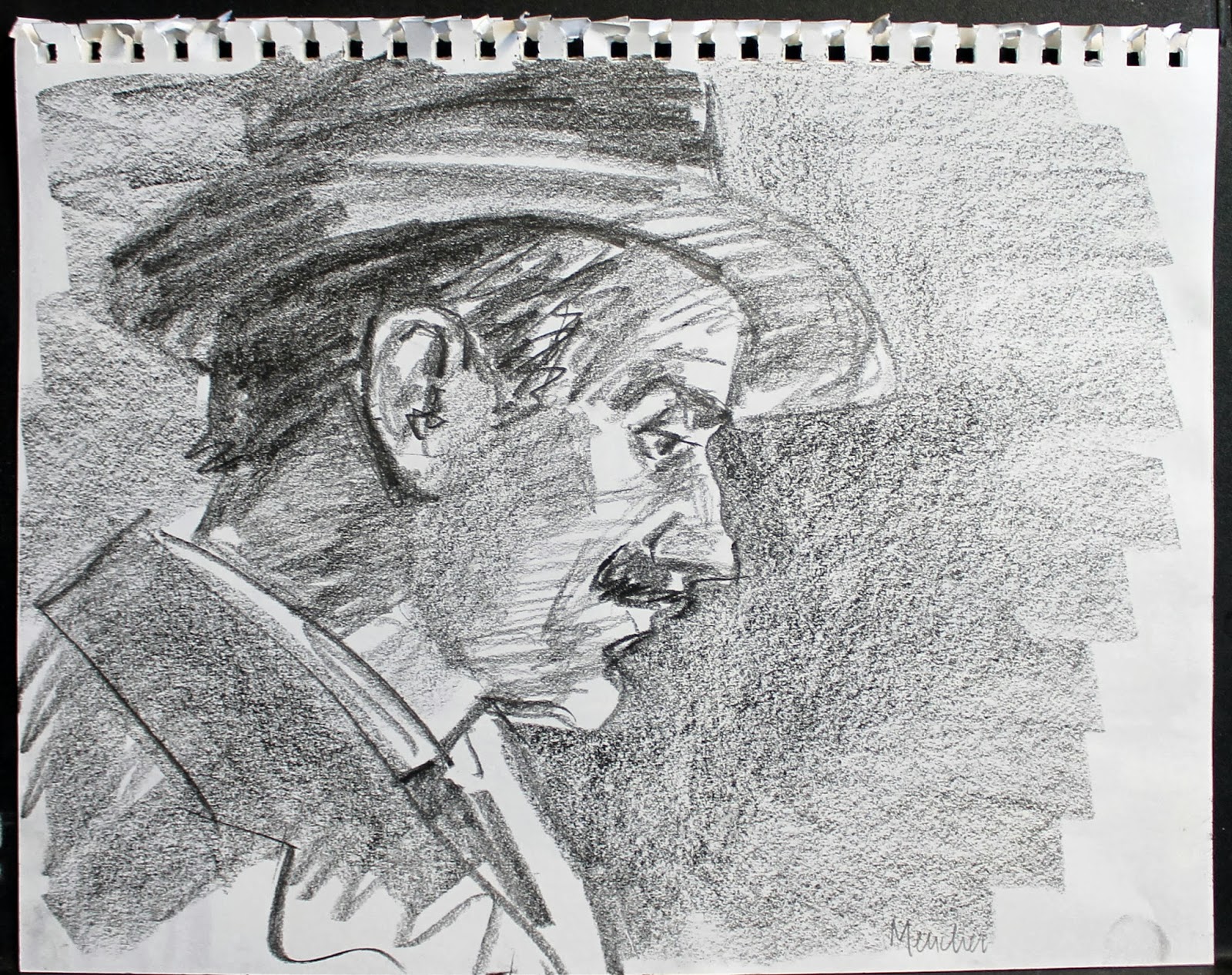 All of these are $28 on etsy
Posted by Kenney Mencher at 7:00 AM No comments:

All these are available on etsy between 28 and $38. 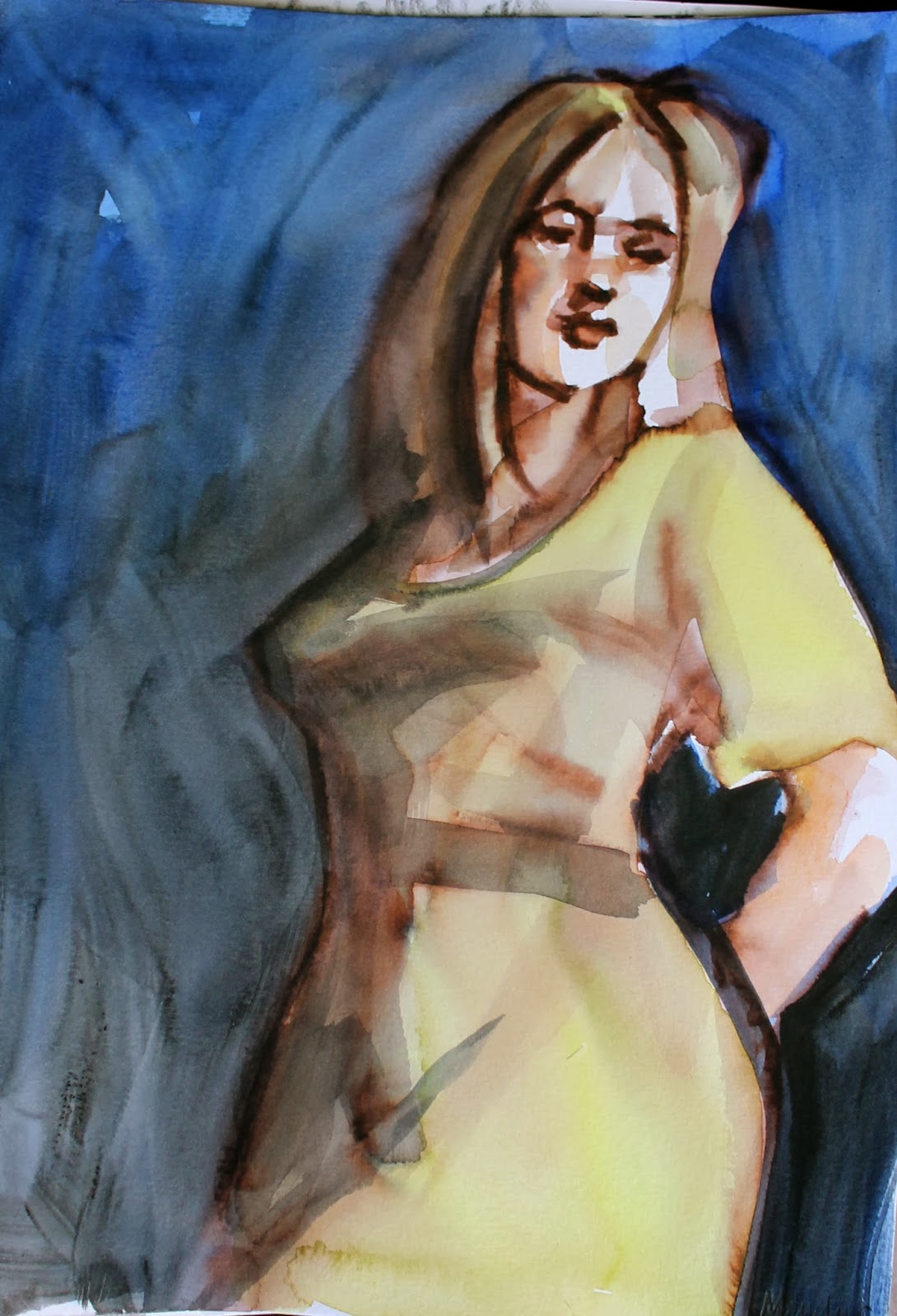 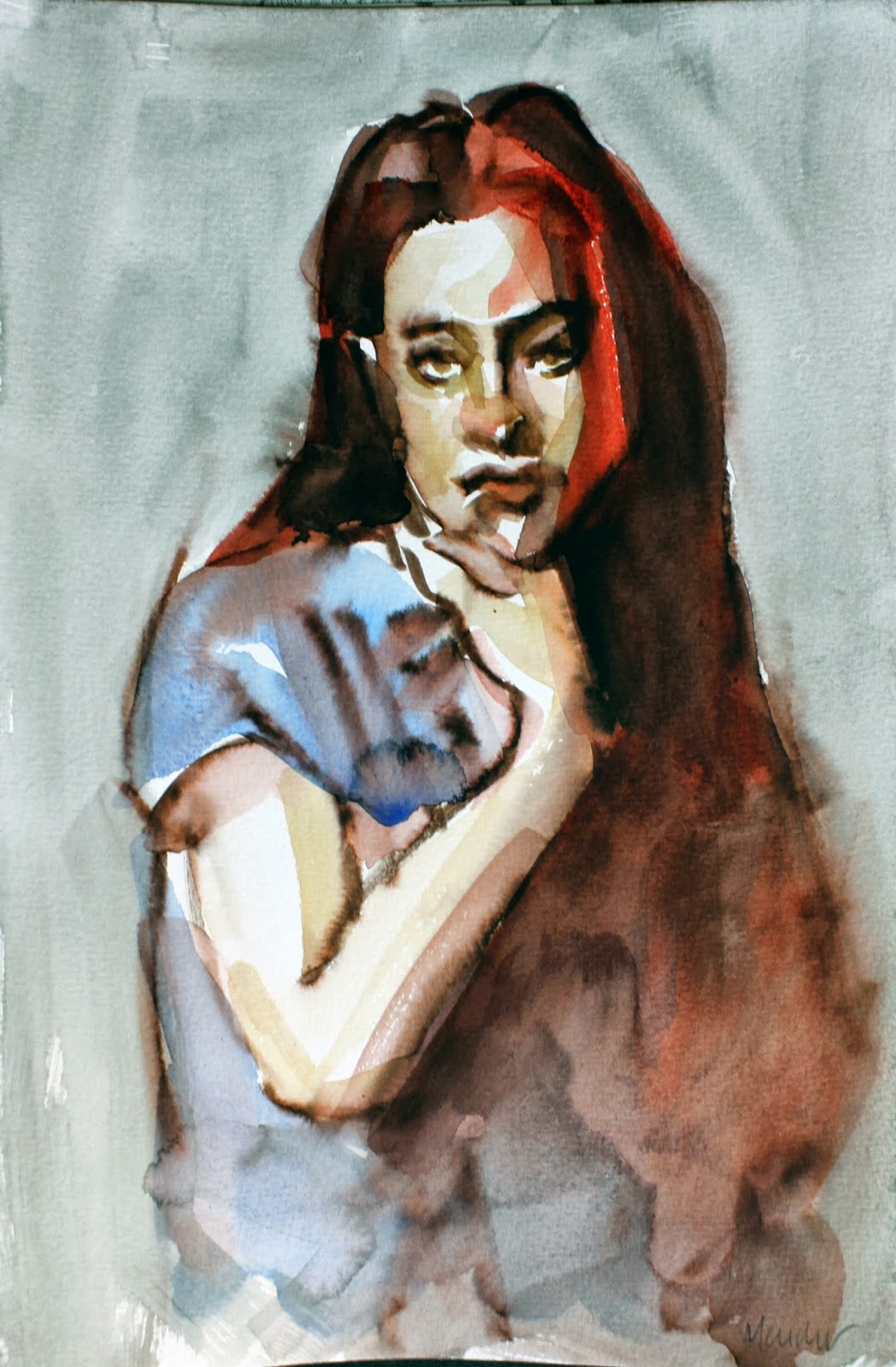 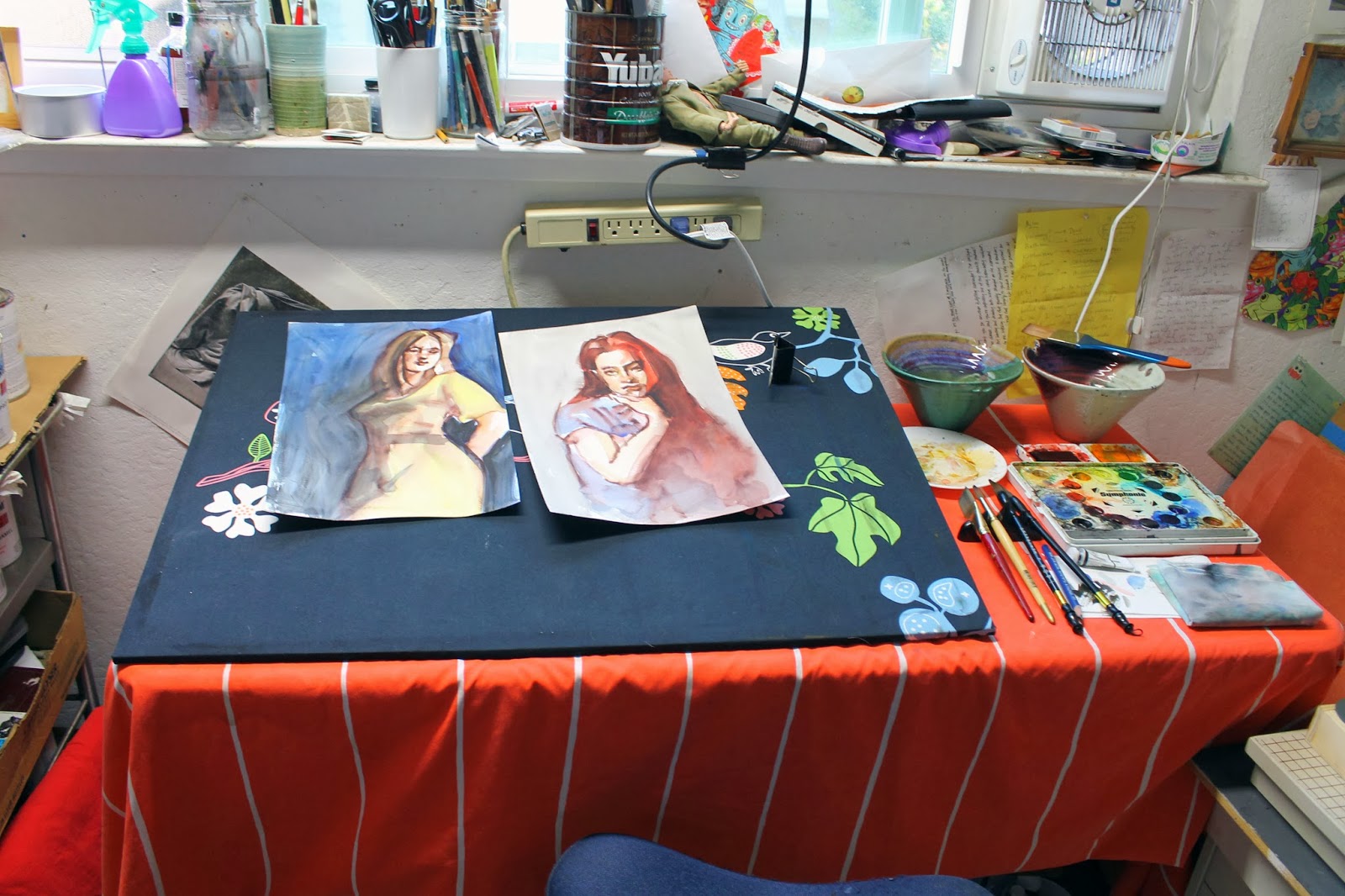 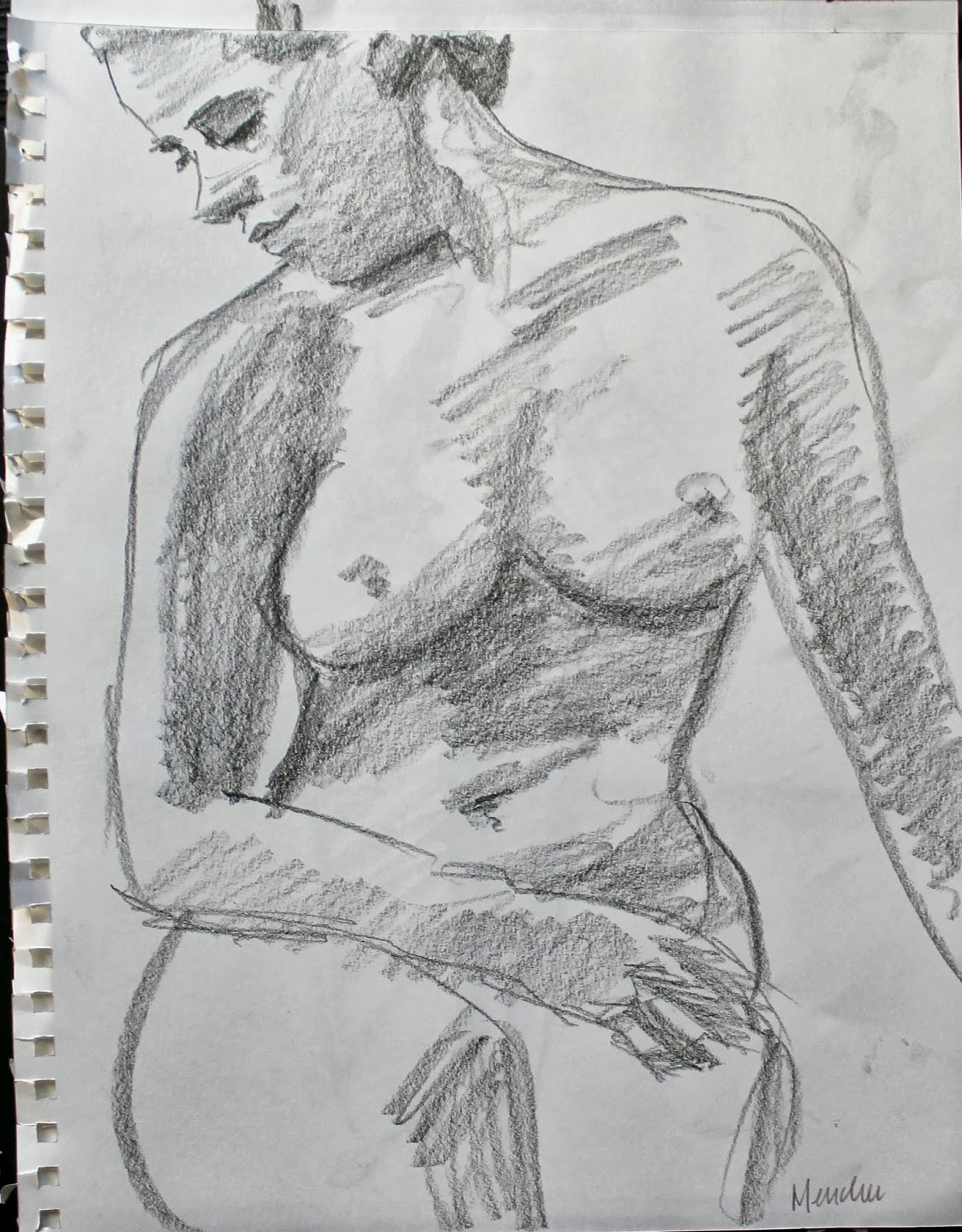 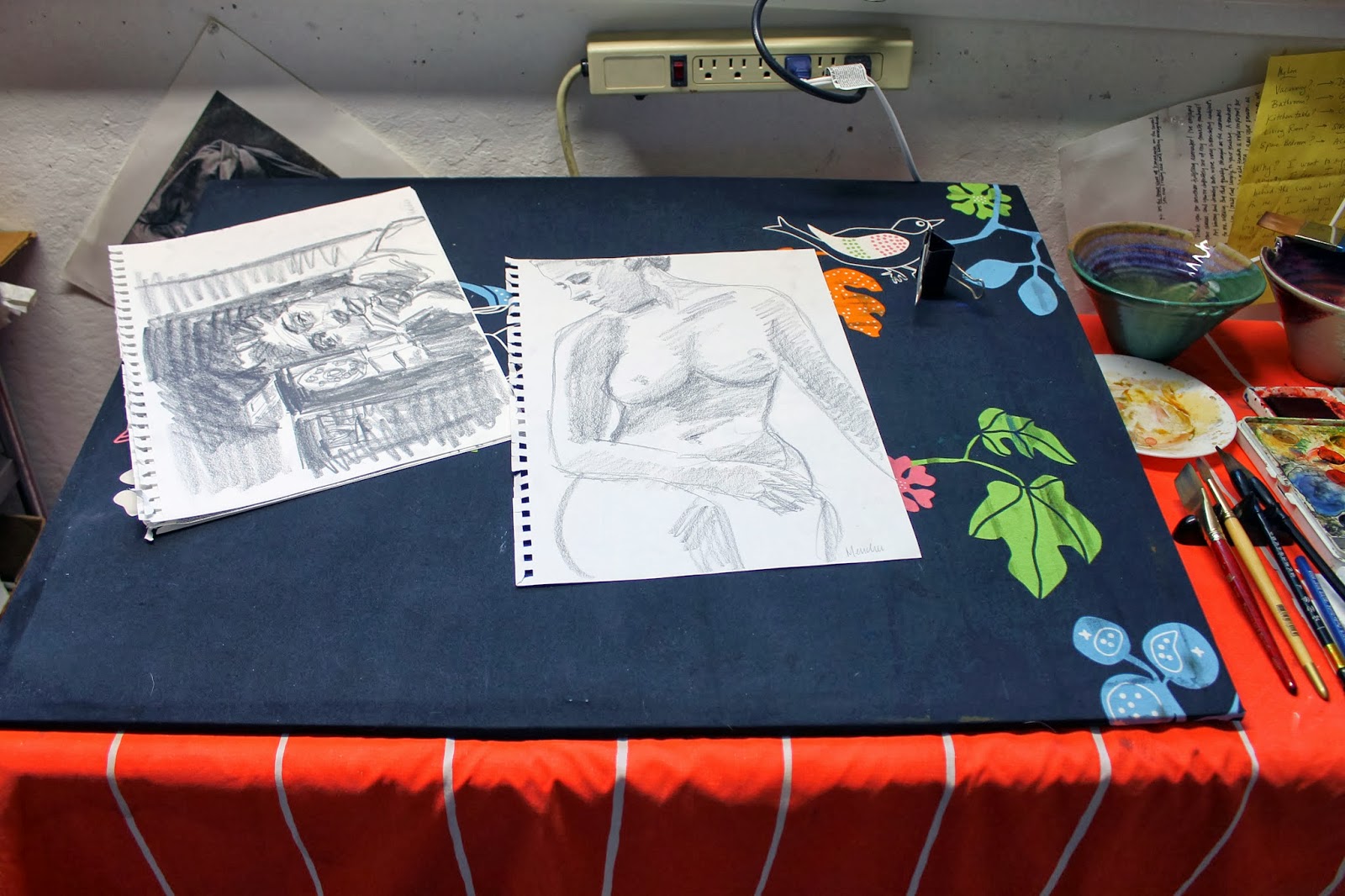 Posted by Kenney Mencher at 10:19 AM No comments: 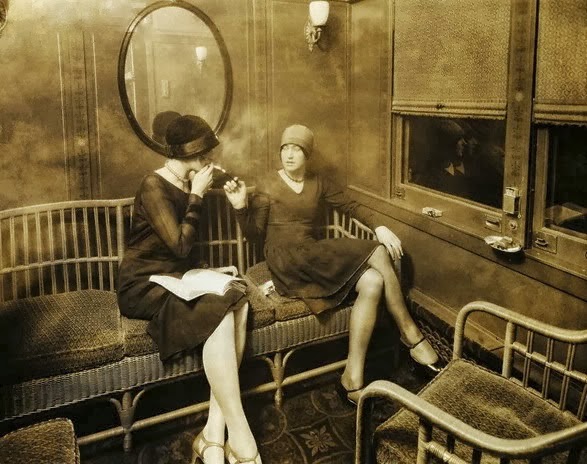 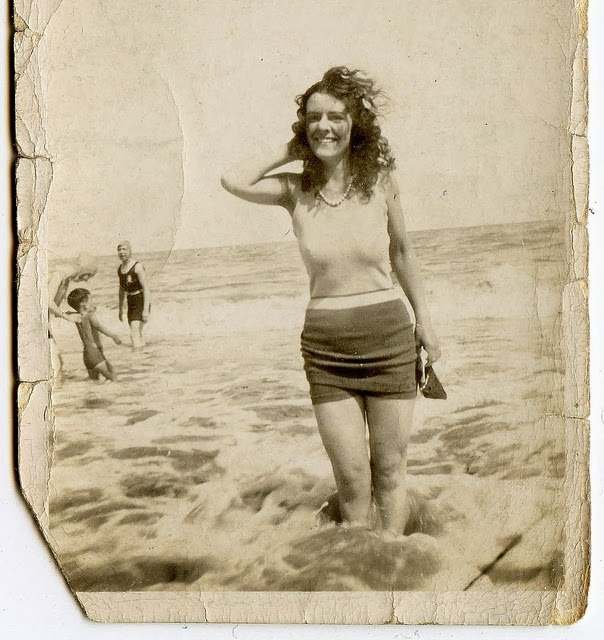 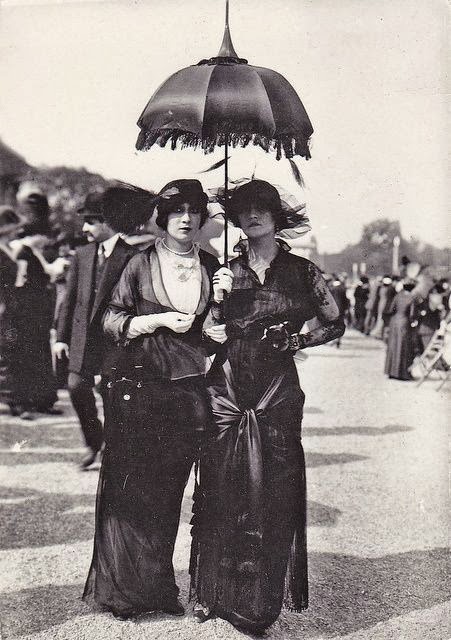 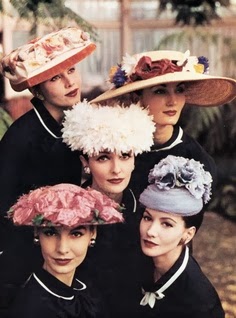 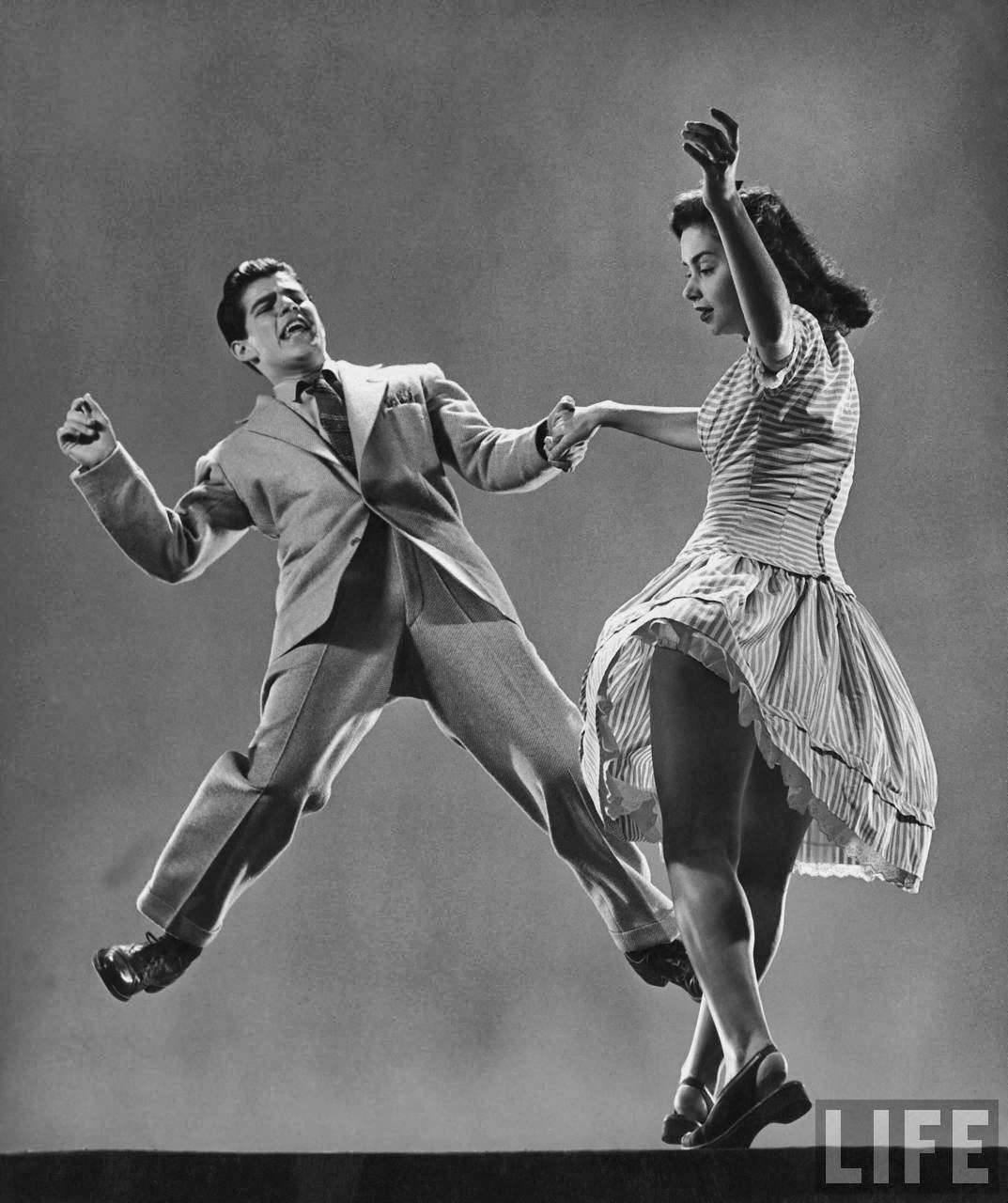 Posted by Kenney Mencher at 4:31 PM No comments:

Posted by Kenney Mencher at 11:25 AM No comments: