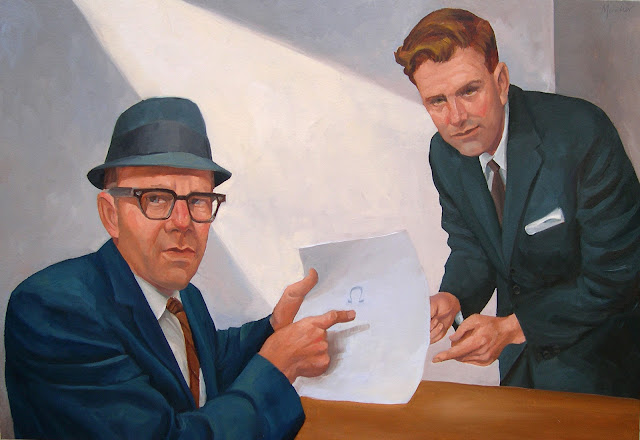 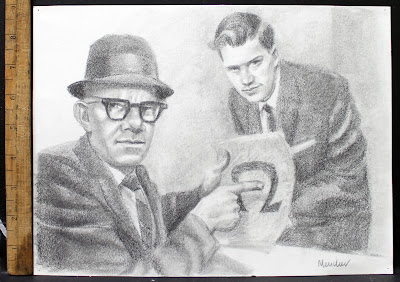 "Could you come in here for a moment, Stephenson"?

"Of course, Mr. Abbot. I'll be right there.", I replied. Rising up from my chair, I wondered why Mr. Abbot wanted to see me this time. The man had always made me nervous, especially after his last visit to my workstation just days before. "A cluttered desk reflects a cluttered mind. And cluttered minds are not what we need here at United Conglomerated Industries.", he had snapped, staring at me
with his steely blue eyes.

"Yes, sir. No, sir." I had replied, quickly removing the framed photograph of Lillian and the "World's Greatest Dad" coffee cup from the desktop. "You're a jerk, sir.", that's what I wished I had said. But I hadn't.

"Please shut the door behind you.", said Mr. Abbot. As usual, his hair was impeccably combed to the side, and his monogrammed handkerchief was folded with military precision to a sharp square. Mr. Abbot had moved into his own office after being with the company for only 2 years, swiftly rising up the ranks to a Regional Manager position. I still remember the day he took over Bud's job, and how quickly he had cleared out every stick of furniture aside from the desk and chair and painted the walls hospital white. I been summoned into this stark office dozens of times over the past year, and was mildly shocked to see something new: an unidentified man sitting in one of the two folding chairs that had been set up in the room.

"Thank you for joining us." The older man motioned to the chair next to his. As I sat, he leaned forward and I caught a whiff of Aqua Velva and stale cigarettes.

"I, ahem, you're welcome. What can I do for you?", I stammered. My mind raced. Had Mr. Abbot found an error in my last inventory report? Was this visitor from the Head Office, here to fire me? Despite no wrongdoing that I could think of, the penetrating gaze of these two men already had me feeling guilty.

"We're hoping that perhaps you have some insight on this.", Mr. Abbot replied, standing and sliding a piece of paper across his desk towards the stranger.

The man plucked the page from the desktop and held it up to me.

I squinted to make out the light blue symbol drawn neatly in the center of the otherwise blank sheet of typewriter paper.

"Ahhhh...what is this? Some sort of game show quiz? What's going on here?"

"Let me explain, Stephenson. As you recall, Morry Greenberg was found dead in his office last week. Heart attack. Terrible shame, a great loss to United Conglomerated Industries.", Mr. Abbot responded.
I nodded my head. "Yes, I know. He was a nice guy. We bowled on the same league for years. You... you don't think I had something to do with his death, do you?"
Posted by Kenney Mencher at 9:00 AM